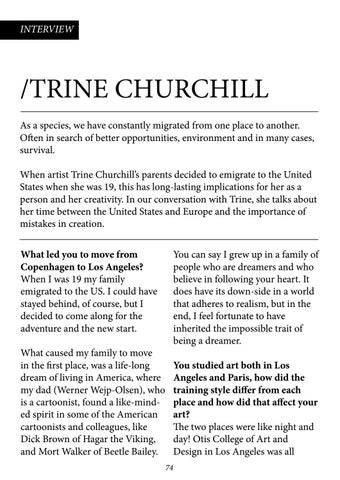 /TRINE CHURCHILL As a species, we have constantly migrated from one place to another. Often in search of better opportunities, environment and in many cases, survival. When artist Trine Churchillâ&amp;#x20AC;&amp;#x2122;s parents decided to emigrate to the United States when she was 19, this has long-lasting implications for her as a person and her creativity. In our conversation with Trine, she talks about her time between the United States and Europe and the importance of mistakes in creation. What led you to move from Copenhagen to Los Angeles? When I was 19 my family emigrated to the US. I could have stayed behind, of course, but I decided to come along for the adventure and the new start.

You can say I grew up in a family of people who are dreamers and who believe in following your heart. It does have its down-side in a world that adheres to realism, but in the end, I feel fortunate to have inherited the impossible trait of being a dreamer.

What caused my family to move in the first place, was a life-long dream of living in America, where my dad (Werner Wejp-Olsen), who is a cartoonist, found a like-minded spirit in some of the American cartoonists and colleagues, like Dick Brown of Hagar the Viking, and Mort Walker of Beetle Bailey.

You studied art both in Los Angeles and Paris, how did the training style differ from each place and how did that affect your art? The two places were like night and day! Otis College of Art and Design in Los Angeles was all 74 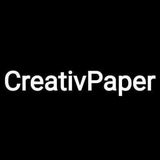