Enterprise Bargaining: your chance to make a difference

from PSA Review | December 2019
by Public Service Association of SA 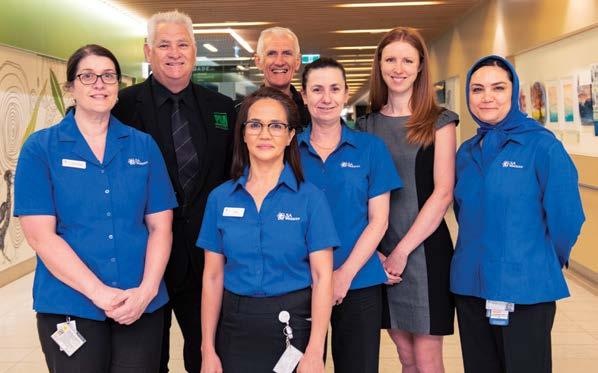 In mid-October public sector workers covered by the South Australian Modern Public Sector Enterprise Agreement (Salaried) 2017 (SAMPSEAS) received the last of three salary increases. This agreement has a nominal expiry date of January 20, 2020, meaning the PSA will soon start negotiations with the state government for a new enterprise agreement.

While salary increases are an important aspect of any negotiation – we achieved above CPI increases for the majority of members – many big wins in the SAMPSEAS, and the ones we will be striving to consolidate in the next agreement, relate to members’ working conditions, entitlements, and job security.

To achieve the current enterprise agreement, the PSA started engaging with members at the beginning of 2016. More than 400 member meetings were held and a survey designed to ensure member-wide consultation on our bargaining position received nearly 2000 responses. There is no question that substantial member involvement in developing the draft claim led directly to an agreement that significantly improved existing conditions and saw the introduction of important new clauses that benefit all PSA members.

Member-wide consultation in the lead up to bargaining told the PSA there were five key areas that needed addressing: job protection, wages and conditions, workload, classification, and standardisation. In all areas, the PSA campaign for a new agreement led to significant improvements. However, since the Agreement was signed, we have seen a new government come to power, a government intent on slashing public sector budgets and privatising services. With this in mind, our campaign for a new enterprise agreement will focus on consolidating these wins and making improvements where required.

… improvements to your working conditions correlate directly with the level of engagement in the enterprise bargaining process.

For the first time, PSA members achieved a clause confirming ongoing employment as the primary form of employment in the public sector. At a time when work is becoming more precarious for a significant section of the population, the inclusion of this clause in the SAMPSEAS was vital. Workers need stable jobs they can rely on, and the PSA has since used this clause to achieve conversions to permanency for a significant number of members. The Agreement contains another new clause that provides ongoing employment for graduates and trainees, subject to satisfactory completion of their program.

A substantial advancement, and one that has become crucial in the current environment of budget cuts and restructures, is the inclusion in the Agreement of a stand-alone appendix enshrining new clauses on redeployment, retraining and redundancy that are no longer reliant on a Commissioner’s Determination.

Despite the government’s intention to limit pay rises at 1.5%, the PSA negotiating team achieved strong salary increases for PSA members. Almost 90% of PSA members received annual increases of at least 2% or more. Given the comparatively low rate of inflation at the time negotiations were taking place (under 1%), this was a significant win for PSA members.

The signing of the current agreement in January 2018 introduced a number of new clauses that enhance conditions affecting wages and leave entitlements, including: more clarity and extra protections around Flexitime and Time Off In Lieu of Payment for Overtime; an improved Domestic and Family Violence Leave clause which provides for 15 days paid leave and consideration of performance or conduct if affected; clarity and protections around members returning from Maternity Leave on a part-time basis; new entitlements around breastfeeding in the workplace; new transfer to safe job provisions for pregnant employees; enhanced Paid Partner Leave; and a clause that ensures all time worked on public holidays will be paid at public holiday rates.

The current agreement now includes much stronger protections against unreasonable workloads, a consultation mechanism for addressing workload issues at a local level, and stronger workload grievance and dispute mechanisms. PSA members are using the new clauses effectively at the local level. For example, PSA members in SA Pathology recently reported workload would become an issue as a result of the VSP-led restructure process. They invoked the new workload protections at Clause 15 of the SAMPSEAS, requesting management establish local workload forums in each of the affected directorates.

SA Pathology agreed to the forums, which have been combined with SA Pathology’s existing working groups. A PSA workplace representative takes part in each of the working groups to ensure workload is being addressed. As a result of PSA member involvement, systems have since been identified to mitigate against increased workload that may arise from increased testing, changes to staffing ratios, increases in sick leave, overtime and so on. The working groups will continue to monitor workload going forward. This clause, developed by the PSA, was hard fought and has enabled the training of hundreds of staff who can now provide support to colleagues experiencing mental health issues. Another new clause in the Agreement confirms the rights of staff to be represented by their union and strengthens the rights of PSA Worksite Representatives.

The SAMPSEAS includes a clause that ensures reclassification will apply from the date of application. Agreement was also reached to conduct an audit of all ASO1 level employees with a view to progression to ASO2, and a number of new clauses enabled the review of a broad range of classifications, including OPS, PO, CFS, TGO/MeS, AHA, Legal Services Commission Administration, and classification structure of AYTC Secure Care during the life of the agreement. New increments for ASO4, AHP and a new stream for Allied Health Assistants were also introduced.

More than 400 member meetings were held and a survey designed to ensure member-wide consultation on our bargaining position received nearly 2000 responses.

The SAMPSEAS confirmed the primacy of the enterprise agreement in remuneration and employment conditions matters, and the Agreement now includes clauses that give force to the leave provisions for public sector staff contained in Commissioner’s Determination 3.1. Clauses in the SAMPSEAS have strengthened workers’ compensation, enabling benefits beyond the two-year time limit in specific circumstances.

As the PSA embarks on the next round of enterprise bargaining, it is crucial members are aware that improvements to your working conditions correlate directly with the level of engagement in the enterprise bargaining process. The new and improved clauses enshrined in the SAMPSEAS came about because members were strongly engaged in the consultation process, informing the PSA negotiating team what was needed to improve working conditions and enhance the quality of public service provision.

In the lead up to negotiations for a new agreement, the PSA will continue to consult widely, and we urge members to get involved. Keep an eye out for regular PSA email updates outlining the actions you need to take to ensure your views are heard. By the time this issue of the PSA Review goes to print, members should have already received details of a consultation survey.

Make the enterprise agreement work for you

If you and your work group aren’t already putting the new and improved clauses in the SAMPSEAS to good use, it really is time to familiarise yourself with them. Go to the Industrial section of the PSA website (www.cpsu.asn.au), open the South Australian Modern Public Sector Enterprise Agreement (Salaried) 2017 link, download the Agreement to somewhere prominent, print a copy for your workgroup, and refer to it regularly.

This story is from:
PSA Review | December 2019
by Public Service Association of SA