from PSA Review | December 2019
by Public Service Association of SA 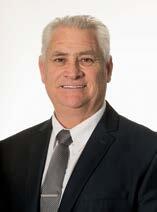 How did you come to be in your current position?

I grew up in Darwin and after leaving school I had various jobs – I’d been a Park Ranger at Kakadu, worked in sports development, and as an Aboriginal Education Worker in schools. When I first came to Adelaide I worked at the Environment Protection Authority for a couple of years before moving into the Health sector. Looking back, I wish I’d gotten into Health sooner – I had no idea what a huge area it is; it’s incredibly diverse and I’m learning new things all the time. My Health journey started at the end of 2006 when I began a 12 month pilot program as an Allied Health Assistant here at Flinders Medical Centre. Soon after finishing, at the end of 2007, I was approached by the Aboriginal Hospital Liaison Manager and subsequently became the only male liaison officer in our team: Karpa Ngarrattendi Aboriginal Hospital Liaison. Thirteen years later I’m still here and really enjoying the work. We now have a second male Liaison Officer in our team, which is great. Our team works across three sites: Flinders Medical Centre, The Repat, and Noarlunga Hospital.

Tell our readers a bit more about your role.

As a Liaison Officer I work directly with patients in a range of medical areas, providing emotional, social and cultural support for Aboriginal patients. I’ve completed a Certificate III in Aged Care and a Certificate III and IV in Primary Healthcare. I started working in podiatry – that was my first introduction to primary health care. Following that I worked in a variety of other areas including physiotherapy, occupational therapy, speech pathology, audiology, dietetics and so on. The Liaison Officer role is non-clinical, however, I’m hoping to begin some professional development in the near future which will qualify me to work as an Aboriginal Health Practitioner.

What does it mean to you as an Aboriginal person to be able to work with and support other Aboriginal people in need?

Unfortunately there is a high percentage of Aboriginal and Torres Strait Islander people who access the health system. For many of them, it might be the first time they’ve left their community and travelled to a big city with a big hospital, so it can be pretty daunting. Understanding the medical jargon can also be difficult, even for us as staff at times, so you can imagine how it must be for people coming out of a remote community. Coming from Darwin I’d been exposed to, and understand, some of the different Aboriginal dialects that we encounter here. We have quite a lot of patients who come down from the Territory so it helps me support them and I think having that experience is really beneficial to our team.

You’re a PSA Workplace Representative, why do you think it’s important to be an active member of the PSA?

Union membership is really important. It gives you and your colleagues protection when you need it, and at the end of the day it’s the PSA that campaigns to achieve improved conditions for public sector staff. These improvements don’t just fall in our laps; they wouldn’t happen without the union. The PSA also has the best interests of the whole public service at heart. I think union members really understand the value of the public sector and are usually the ones that will stand up and take action when it needs defending.

THE GAP IS NOT CLOSING

Despite the best efforts of those working in Aboriginal Health, the gap between Aboriginal and non-Aboriginal health outcomes remains wide. These statistics paint a concerning picture.

• 2.9 times as likely to have long-term ear or hearing problems among children

• 2.3 times as likely to suffer from serious disease

• 2.7 times as likely to experience high or very high levels of psychological distress

• 2.1 times as likely to die before their fifth birthday

• 1.9 times as likely to be born with low birthweight

• 1.7 times as likely to have a disability or restrictive long-term health condition.

This story is from:
PSA Review | December 2019
by Public Service Association of SA