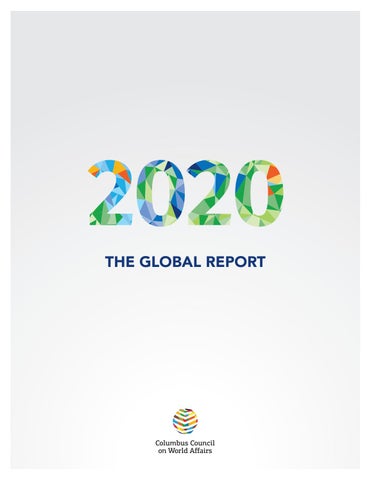 of the total number

TOP 5 local firms by number of foreign countries with establishments

PEOPLE IN THE METRO AREA ARE EMPLOYED BY FOREIGN OWNED COMPANIES

The total value of exports is

TOP 3 countries of origin for refugees

TOP 5 countries of origin for immigrants

of all foreign-born residents were born in one of these 5 countries.

Over 1,000 central Ohio students are working towards a 3-year global credential through the Global Scholars Diploma program, developing the knowledge, skills, and mindset to thrive in a globally-interconnected society.

More than 90 different languages are spoken in the homes of Central Ohio students.

of all pre-K through 12th graders are enrolled in a foreign language course.

Over 9,000 international students from 40 countries contributed an estimated

to the local economy in 2018. TOP 5 countries of origin for international students

Over 50 languages are spoken by CAS employees, who collaborate with scientists all over the world to catalogue chemical substances used to treat diseases and advance sustainable energy.

Since 2016, Ohio St One Health Initiati an office in Addis A GOHI supports inte

BRAZIL 5 local companies operate 15 establishments in Brazil, 10 of which are operated by Greif.

THE GLOBAL REACH OF COLUMBUS

All data refers to the Columbus metropolitan statistical area (MSA) and reflects most updated figures as reported by official sources. Data is from 2018-2019, unless otherwise noted.

PHILIPPINES Sbarro operates more establishments in the Philippines than any other local company.

CMH has seen a

growth in international passengers in only 2 years

International air cargo tonnage is up

over the last 5 years.

The Columbus-based Foreign-Trade Zone (FTZ) received $10.4 billion of merchandise from international origin countries in 2018, ranking it among the Top 10 FTZs in the country for the seventh year in a row.

Thanks to our Mission Partners

The Columbus Council on World Affairs is a proud member of the World Affairs Councils of America, the largest national non-partisan network of nearly 100 councils in over 40 states that is dedicated to educating and engaging Americans on the critical global issues of our times. 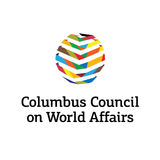