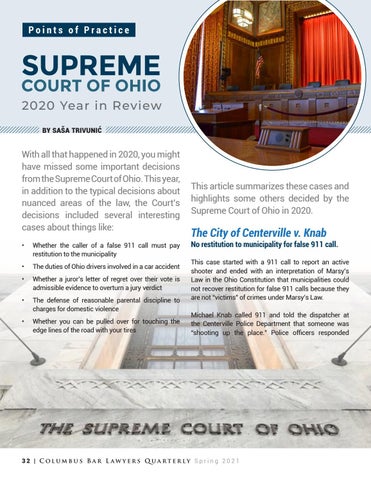 2020 Year in Review by Saša Trivunić

With all that happened in 2020, you might have missed some important decisions from the Supreme Court of Ohio. This year, in addition to the typical decisions about nuanced areas of the law, the Court’s decisions included several interesting cases about things like: •

The duties of Ohio drivers involved in a car accident

The defense of reasonable parental discipline to charges for domestic violence

This article summarizes these cases and highlights some others decided by the Supreme Court of Ohio in 2020.

The City of Centerville v. Knab

No restitution to municipality for false 911 call. This case started with a 911 call to report an active shooter and ended with an interpretation of Marsy’s Law in the Ohio Constitution that municipalities could not recover restitution for false 911 calls because they are not “victims” of crimes under Marsy’s Law. Michael Knab called 911 and told the dispatcher at the Centerville Police Department that someone was “shooting up the place.” Police officers responded 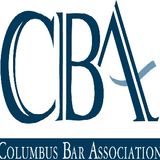