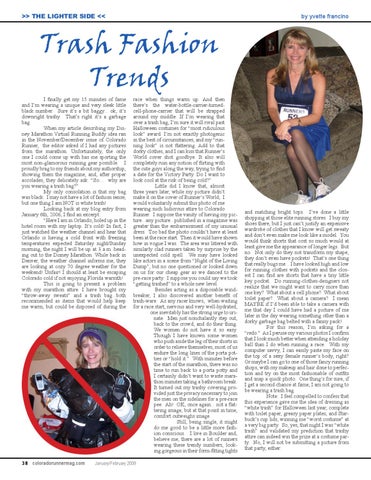 I finally get my 15 minutes of fame and I’m wearing a unique and very sleek little black number. Sure it’s a bit baggy... ok, it’s downright trashy. That’s right it’s a garbage bag. When my article describing my Disney Marathon Virtual Running Buddy idea ran in the November/December issue of Colorado Runner, the editor asked if I had any pictures from the marathon. Unfortunately, the only one I could come up with has me sporting the most non-glamorous running gear possible. I proudly brag to my friends about my authorship, showing them the magazine, and, after proper accolades, they delicately ask: “So.... why are you wearing a trash bag?” My only consolation is that my bag was black. I may not have a lot of fashion sense, but one thing I am NOT is white trash! Looking back at my blog entry from January 6th, 2006, I find an excerpt: “Here I am in Orlando, holed up in the hotel room with my laptop. It’s cold! In fact, I just watched the weather channel and hear that Orlando is having a cold front with freezing temperatures expected Saturday night/Sunday morning, the night I will be up at 3 a.m. heading out to the Disney Marathon. While back in Denver, the weather channel informs me, they are looking at cozy 70 degree weather for the weekend! Unfair! I should at least be escaping Colorado cold if not enjoying Florida warmth! This is going to present a problem with my marathon attire. I have brought my “throw-away sweats” and a trash bag...both recommended as items that would help keep me warm, but could be disposed of during the

race when things warm up. And then there’s the water-bottle-carrier-turnedcell-phone-carrier that will be strapped around my middle. If I’m wearing that over a trash bag, I’m sure it will rival past Halloween costumes for “most ridiculous look” award. I’m not exactly photogenic in the best of circumstances, and my “running look” is not flattering. Add to that dorky clothes, and I can kiss that Runner’s World cover shot goodbye. It also will completely ruin any notion of flirting with the cute guys along the way, trying to find a date for the Victory Party. Do I want to look cool at the risk of being cold?” Little did I know that, almost three years later, while my picture didn’t make it on the cover of Runner’s World, I would voluntarily submit this photo of me wearing such ludicrous attire to Colorado Runner. I suppose the vanity of having my picture...any picture...published in a magazine was greater than the embarrassment of my unusual dress. Too bad the photo couldn’t have at least been at the race start. Then it would have shown how in vogue I was. The area was littered with similarly clad runners taken by surprise by the unexpected cold spell. We may have looked like actors in a scene from “Night of the Living Dump”, but no one questioned or looked down on us for our cheap gear as we danced to the pre-race party. I suppose you could say we took “getting trashed” to a whole new level. Besides acting as a disposable windbreaker, I also discovered another benefit of trash-ware. As any racer knows, when waiting for a race start, nervous and very well-hydrated, one inevitably has the strong urge to urinate. Men just nonchalantly step out, back to the crowd, and do their thing. We women do not have it so easy. Though I have known some women who push aside the leg of their shorts in order to relieve themselves, most of us endure the long lines of the porta potties or “hold it.” With minutes before the start of the marathon, there was no time to run back to a porta potty and I certainly didn’t want to waste marathon minutes taking a bathroom break. It turned out my trashy covering provided just the privacy necessary to join the men on the sidelines for a pre-race pee. Ah! OK, once again... not a flattering image, but at that point in time, comfort outweighs image. Still, being single, it might do me good to be a little more fashion conscious. I live in Boulder and, believe me, there are a lot of runners wearing these trendy numbers, looking gorgeous in their form-fitting tights

and matching bright tops. I’ve done a little shopping at those elite running stores. I buy my shoes there, but I just can’t justify an expensive wardrobe of clothes that I know will get sweaty and don’t even make me look like a model. You would think shorts that cost so much would at least give me the appearance of longer legs. But no. Not only do they not transform my shape, they don’t even have pockets! That’s one thing that really bugs me... I have looked high and low for running clothes with pockets and the closest I can find are shorts that have a tiny little key pocket. Do running-clothes-designers not realize that we might want to carry more than one key? What about a cell phone? What about toilet paper? What about a camera? I mean MAYBE if I’d been able to take a camera with me that day I could have had a picture of me later in the day wearing something other than a dorky garbage bag belted with a fanny pack! For this reason, I’m asking for a “redo.” As I peruse my various photos I confirm that I look much better when attending a holiday ball than I do when running a race. With my computer savvy, I can easily paste my face on the top of a sexy female runner’s body, right? Or maybe I can go to one of those fancy running shops, with my makeup and hair done to perfection and try on the most fashionable of outfits and snap a quick photo. One thing’s for sure, if I get a second chance at fame, I am not going to be wearing a trash bag. Note: I feel compelled to confess that this experience gave me the idea of dressing as “white trash” for Halloween last year, complete with toilet paper, greasy paper plates, and Starbuck’s cup lids, winning me “worst costume” at a very big party. So, yes, that night I was “white trash” and validated my prediction that trashy attire can indeed win the prize at a costume party. No, I will not be submitting a picture from that party, either. 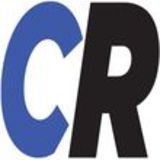