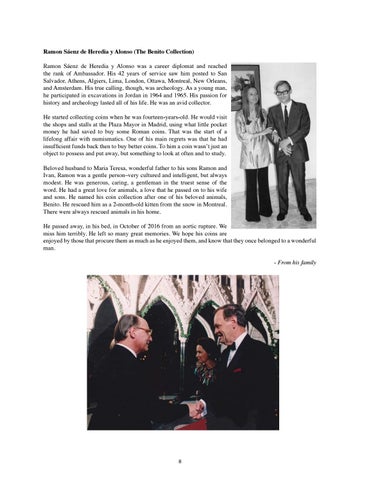 Ramon Sáenz de Heredia y Alonso (The Benito Collection) Ramon Sáenz de Heredia y Alonso was a career diplomat and reached the rank of Ambassador. His 42 years of service saw him posted to San Salvador, Athens, Algiers, Lima, London, Ottawa, Montreal, New Orleans, and Amsterdam. His true calling, though, was archeology. As a young man, he participated in excavations in Jordan in 1964 and 1965. His passion for history and archeology lasted all of his life. He was an avid collector. He started collecting coins when he was fourteen-years-old. He would visit the shops and stalls at the Plaza Mayor in Madrid, using what little pocket money he had saved to buy some Roman coins. That was the start of a lifelong affair with numismatics. One of his main regrets was that he had insufficient funds back then to buy better coins. To him a coin wasn’t just an object to possess and put away, but something to look at often and to study. Beloved husband to Maria Teresa, wonderful father to his sons Ramon and Ivan, Ramon was a gentle person–very cultured and intelligent, but always modest. He was generous, caring, a gentleman in the truest sense of the word. He had a great love for animals, a love that he passed on to his wife and sons. He named his coin collection after one of his beloved animals, Benito. He rescued him as a 2-month-old kitten from the snow in Montreal. There were always rescued animals in his home. He passed away, in his bed, in October of 2016 from an aortic rupture. We miss him terribly. He left so many great memories. We hope his coins are enjoyed by those that procure them as much as he enjoyed them, and know that they once belonged to a wonderful man. - From his family 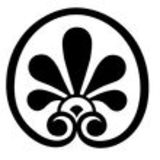