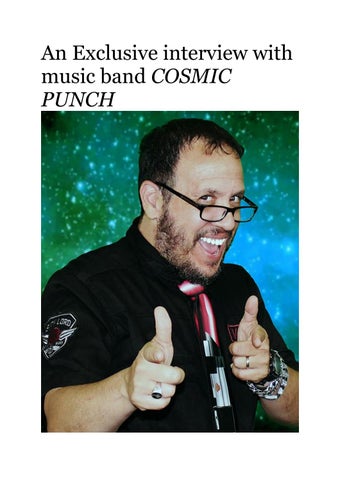 Q: Please introduce yourself to the readers and how you first got into this field of work –and who were some of your influences growing up? I am Juan “Punchy” Gonzalez. Outside of my own music, I have produced dozens of records for the metal community including Morbid Angel, Diabolic, and Unholy Ghost. I was a founding member of Diet of Worms (industrial rock), Lover of Sin (gothic metal), as well as my current projects, Cosmic Punch and The Synth Lord. For many years I was the front of house engineer for many bands on tour like Morbid Angel, Nile, Symphony X, Living Colour, Christian Death, Mayhem, and pop artist Alexa Ray Joel. Getting started in the music industry came from being involved in the performing arts my entire life. Most of my upbringing was in thetrical productions like broadway shows. Major influences for me were in the 80s. I love all the synthpop, new wave, rock, and heavy metal of the period.

That was (to me) the last vestiges of originality and great playing.

Q: What kind of training have you had, if any? I went to the “School of Hard Knocks.” I never had any formal training. Everything I ever did was “on the job” training.

Q: What has been your favourite project to work on so far? That is unfair. Every project is awesome and every project sucks.

Q: How did you get the gig? I create my own gigs.

Q: What sports do you enjoy watching? I don’t really do sports, but if I had to watch anything, it would be European and South American football ( futball). I suppose watching diving, gymnastics, and swimming is nice too.

What has been one of the biggest highlights/achievements of your career? For live engineering, I would say doing all the big festivals in Europe, South America, and Japan. There is nothing like “driving a car” in front of thousands of people. For record making, I have yet to find my “finest moment.” You can always get better and work with greats when the opportunity arises. For video making, it was when Nile’s “Papyrus” video was running for 8 weeks on MTV. I directed and conceived that video. It was done for a very small budget and under incredible time constraints. We had 2 days to shoot and 1 day to edit before the band and I were on tour in Europe.

Q: If you had a chance to work alongside anybody who would that be? I would have loved to work with Brian May of Queen, and Annie Lennox. Personally, I have been very lucky in that most of the artists I have worked with are very talented and I always learn something from them. People

that don’t take the time to understand why someone is famous are missing something in their educations.

Q: What projects do you have coming up? I just released a new record and music video for Cosmic Punch called, “The Club of Nerd Dads.” It is less than a month old and is doing well in streaming, but one could always want more! I have two projects that run concurrently. Cosmic Punch and The Synth Lord. Cosmic Punch is retro “nerd rock” where the music sounds like Monkees meets Beatles meets Queen meets Four Seasons meets Foo Fighters and The Synth Lord is 100% 80s retro synthrock/synthpop. I am currently working on a new The Synth Lord record and music video from the previous record “The Synth as Soul” (also available on streaming sites). I keep working and working since I love to make music! Producer-wise…I just finished a record for Diabolic “Mausoleum of the Unholy Ghost” and I also just mixing a band from Estonia called Intrepid. Outside of that, I am doing remixes for previous Diabolic records for rereleases.

Q: Who is your inspiration?

There are too many to name. I would say that Vince DiCola, Ulpio Minucci, Mike Post, Queen, and most 80s metal would rank up there. I miss the days where people could really play and compose! For record production, I would say Roy Thomas baker and Mack. They did such magic with Queen!

Q: What’s the most interesting thing you’ve read or seen this week? Well…I don’t want to get too political, so I will leave that one alone.

Q: What are your favorite venues to perform in? Any place where I can play! Obviously, I would love for the production in the place would be working well, but 10 or 10,000 people….bring it on!

Q: How did you come up with the idea for your Music video? For the new Cosmic Punch song, “The Club of Nerd Dads,” I wanted to highlight that I am playing all the instruments and singing on the record and also feature

nerd dads! Good parenting is often missed or not paid attention to. Not only that, but there are lots of good dads out there that are doing right by raising their kids and there are not enough songs about that!

Q: Do you have any advice for young music makers like yourself? I am not young. If I had any advice for anyone it would be to never stop making music. Not everything you do is a “hit,” so don’t get lazy. Keep writing. Learn how to make your own recordings. Never stop learning. I got into this business because I wanted to make music on my own. There is no reason why you cannot learn. It only makes you a better musician to understand why things sound the way they do. I thoroughly enjoyed listening to the album, What about you? You can check out the Album at Apple Music, Google Play, and Bandcamp and check out about the artist on Facebook. 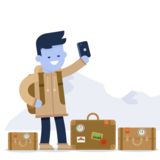