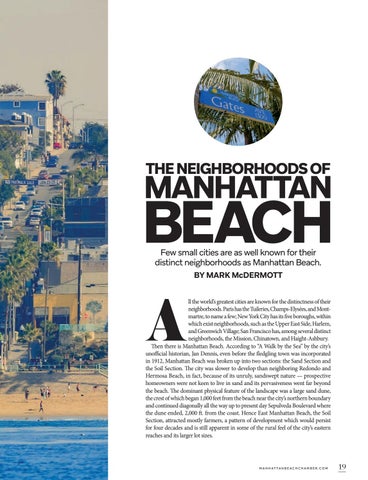 BEACH Few small cities are as well known for their distinct neighborhoods as Manhattan Beach.

ll the world’s greatest cities are known for the distinctness of their neighborhoods. Paris has the Tuileries, Champs-Elysées, and Montmartre, to name a few; New York City has its five boroughs, within which exist neighborhoods, such as the Upper East Side, Harlem, and Greenwich Village; San Francisco has, among several distinct neighborhoods, the Mission, Chinatown, and Haight-Ashbury. Then there is Manhattan Beach. According to “A Walk by the Sea” by the city’s unofficial historian, Jan Dennis, even before the fledgling town was incorporated in 1912, Manhattan Beach was broken up into two sections: the Sand Section and the Soil Section. The city was slower to develop than neighboring Redondo and Hermosa Beach, in fact, because of its unruly, sandswept nature — prospective homeowners were not keen to live in sand and its pervasiveness went far beyond the beach. The dominant physical feature of the landscape was a large sand dune, the crest of which began 1,000 feet from the beach near the city’s northern boundary and continued diagonally all the way up to present day Sepulveda Boulevard where the dune ended, 2,000 ft. from the coast. Hence East Manhattan Beach, the Soil Section, attracted mostly farmers, a pattern of development which would persist for four decades and is still apparent in some of the rural feel of the city’s eastern reaches and its larger lot sizes. 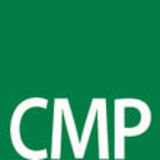