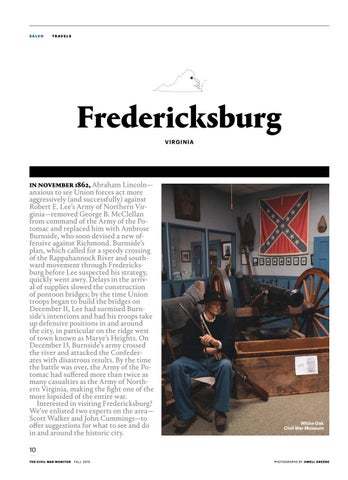 IN NOVEMBER 1862, Abraham Lincoln— anxious to see Union forces act more aggressively (and successfully) against Robert E. Lee’s Army of Northern Virginia—removed George B. McClellan from command of the Army of the Potomac and replaced him with Ambrose Burnside, who soon devised a new offensive against Richmond. Burnside’s plan, which called for a speedy crossing of the Rappahannock River and southward movement through Fredericksburg before Lee suspected his strategy, quickly went awry. Delays in the arrival of supplies slowed the construction of pontoon bridges; by the time Union troops began to build the bridges on December 11, Lee had surmised Burnside’s intentions and had his troops take up defensive positions in and around the city, in particular on the ridge west of town known as Marye’s Heights. On December 13, Burnside’s army crossed the river and attacked the Confederates with disastrous results. By the time the battle was over, the Army of the Potomac had suffered more than twice as many casualties as the Army of Northern Virginia, making the fight one of the more lopsided of the entire war. Interested in visiting Fredericksburg? We’ve enlisted two experts on the area— Scott Walker and John Cummings—to offer suggestions for what to see and do in and around the historic city. 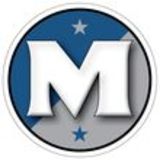