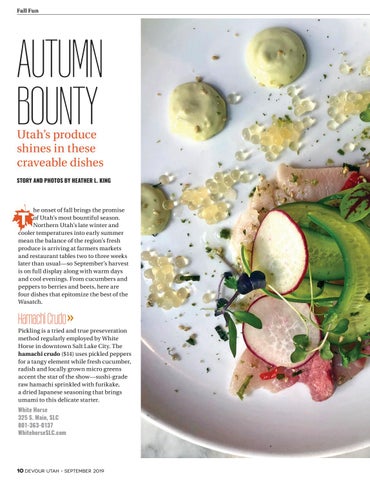 he onset of fall brings the promise of Utah’s most bountiful season. Northern Utah’s late winter and cooler temperatures into early summer mean the balance of the region’s fresh produce is arriving at farmers markets and restaurant tables two to three weeks later than usual—so September’s harvest is on full display along with warm days and cool evenings. From cucumbers and peppers to berries and beets, here are four dishes that epitomize the best of the Wasatch.