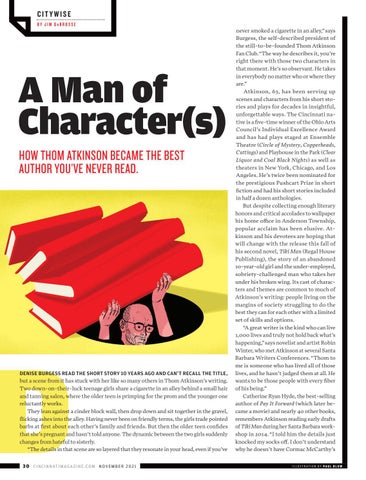 DENISE BURGESS READ THE SHORT STORY 10 YEARS AGO AND CAN’T RECALL THE TITLE, but a scene from it has stuck with her like so many others in Thom Atkinson’s writing. Two down-on-their-luck teenage girls share a cigarette in an alley behind a small hair and tanning salon, where the older teen is primping for the prom and the younger one reluctantly works. They lean against a cinder block wall, then drop down and sit together in the gravel, ﬂicking ashes into the alley. Having never been on friendly terms, the girls trade pointed barbs at ﬁrst about each other’s family and friends. But then the older teen conﬁdes that she’s pregnant and hasn’t told anyone. The dynamic between the two girls suddenly changes from hateful to sisterly. “The details in that scene are so layered that they resonate in your head, even if you’ve 3 0 C I N C I N N AT I M A G A Z I N E . C O M N O V E M B E R 2 0 2 1

never smoked a cigarette in an alley,” says Burgess, the self-described president of the still-to-be-founded Thom Atkinson Fan Club. “The way he describes it, you’re right there with those two characters in that moment. He’s so observant. He takes in everybody no matter who or where they are.” Atkinson, 63, has been serving up scenes and characters from his short stories and plays for decades in insightful, unforgettable ways. The Cincinnati native is a ﬁve-time winner of the Ohio Arts Council’s Individual Excellence Award and has had plays staged at Ensemble Theatre (Circle of Mystery, Copperheads, Cuttings) and Playhouse in the Park (Clear Liquor and Coal Black Nights) as well as theaters in New York, Chicago, and Los Angeles. He’s twice been nominated for the prestigious Pushcart Prize in short ﬁction and had his short stories included in half a dozen anthologies. But despite collecting enough literary honors and critical accolades to wallpaper his home office in Anderson Township, popular acclaim has been elusive. Atkinson and his devotees are hoping that will change with the release this fall of his second novel, Tiki Man (Regal House Publishing), the story of an abandoned 10-year-old girl and the under-employed, sobriety-challenged man who takes her under his broken wing. Its cast of characters and themes are common to much of Atkinson’s writing: people living on the margins of society struggling to do the best they can for each other with a limited set of skills and options. “A great writer is the kind who can live 1,000 lives and truly not hold back what’s happening,” says novelist and artist Robin Winter, who met Atkinson at several Santa Barbara Writers Conferences. “Thom to me is someone who has lived all of those lives, and he hasn’t judged them at all. He wants to be those people with every ﬁber of his being.” Catherine Ryan Hyde, the best-selling author of Pay It Forward (which later became a movie) and nearly 40 other books, remembers Atkinson reading early drafts of Tiki Man during her Santa Barbara workshop in 2014. “I told him the details just knocked my socks off. I don’t understand why he doesn’t have Cormac McCarthy’s ILLUSTR ATIO N BY PAU L B LOW 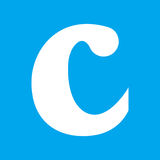 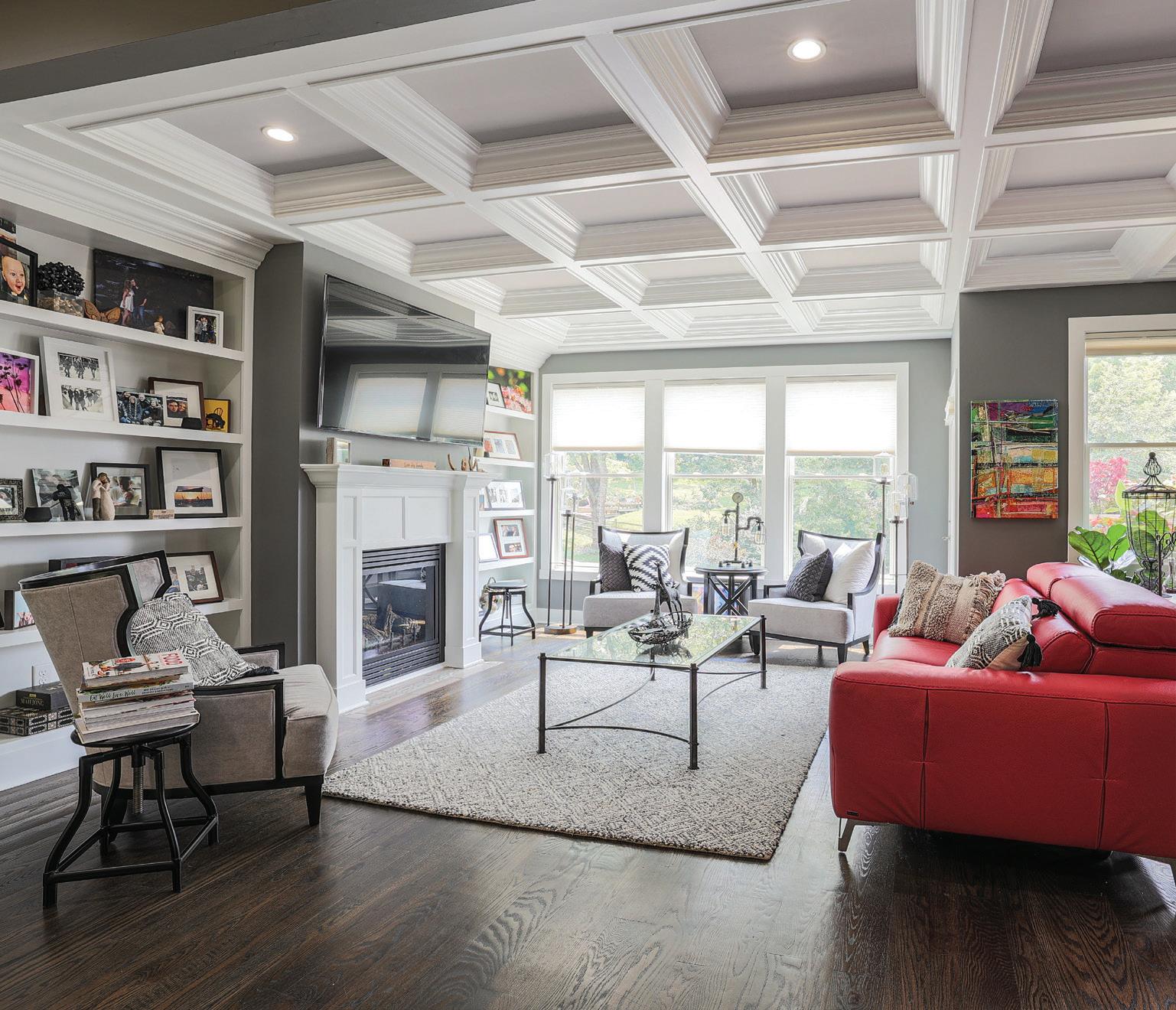 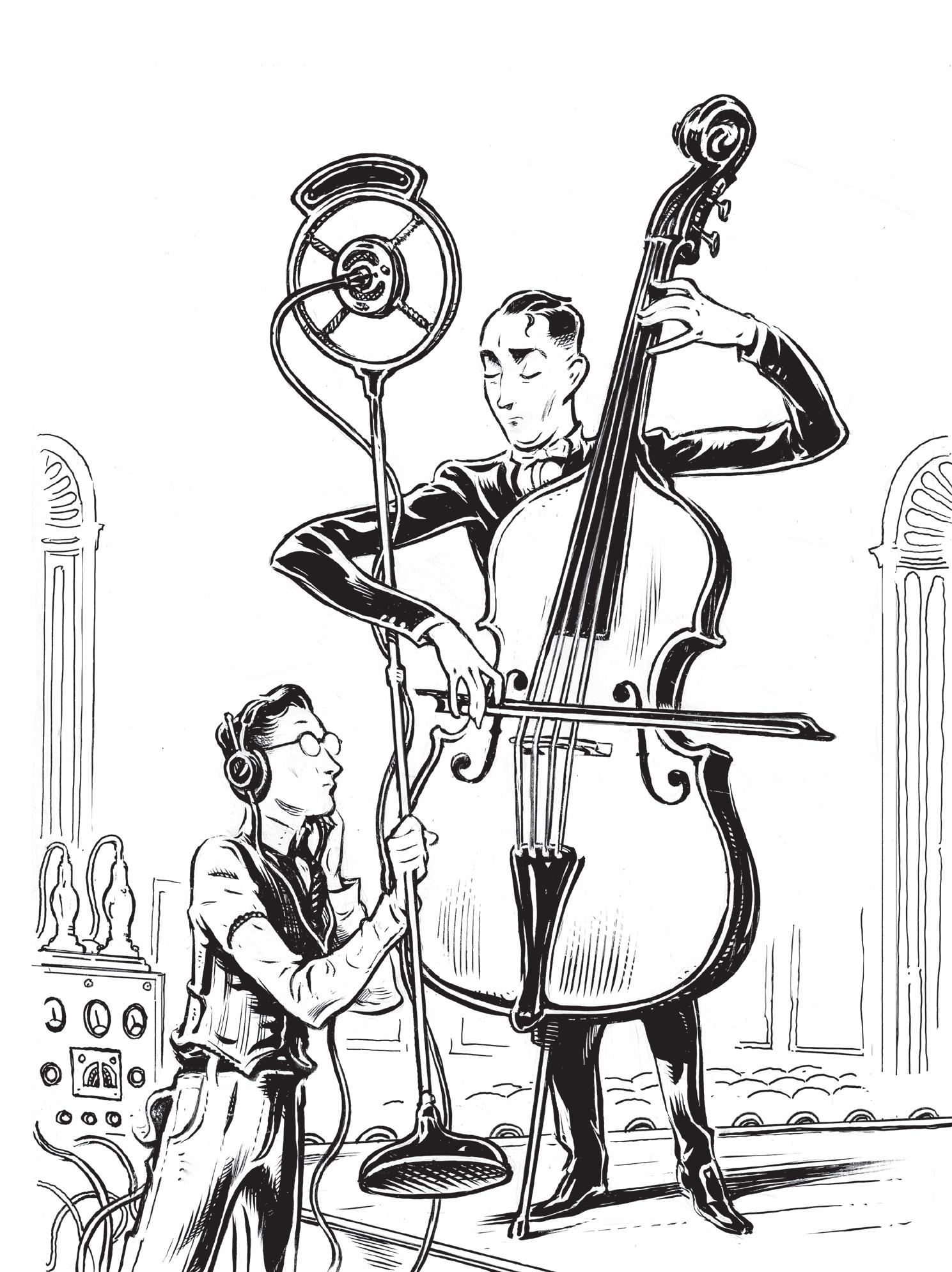 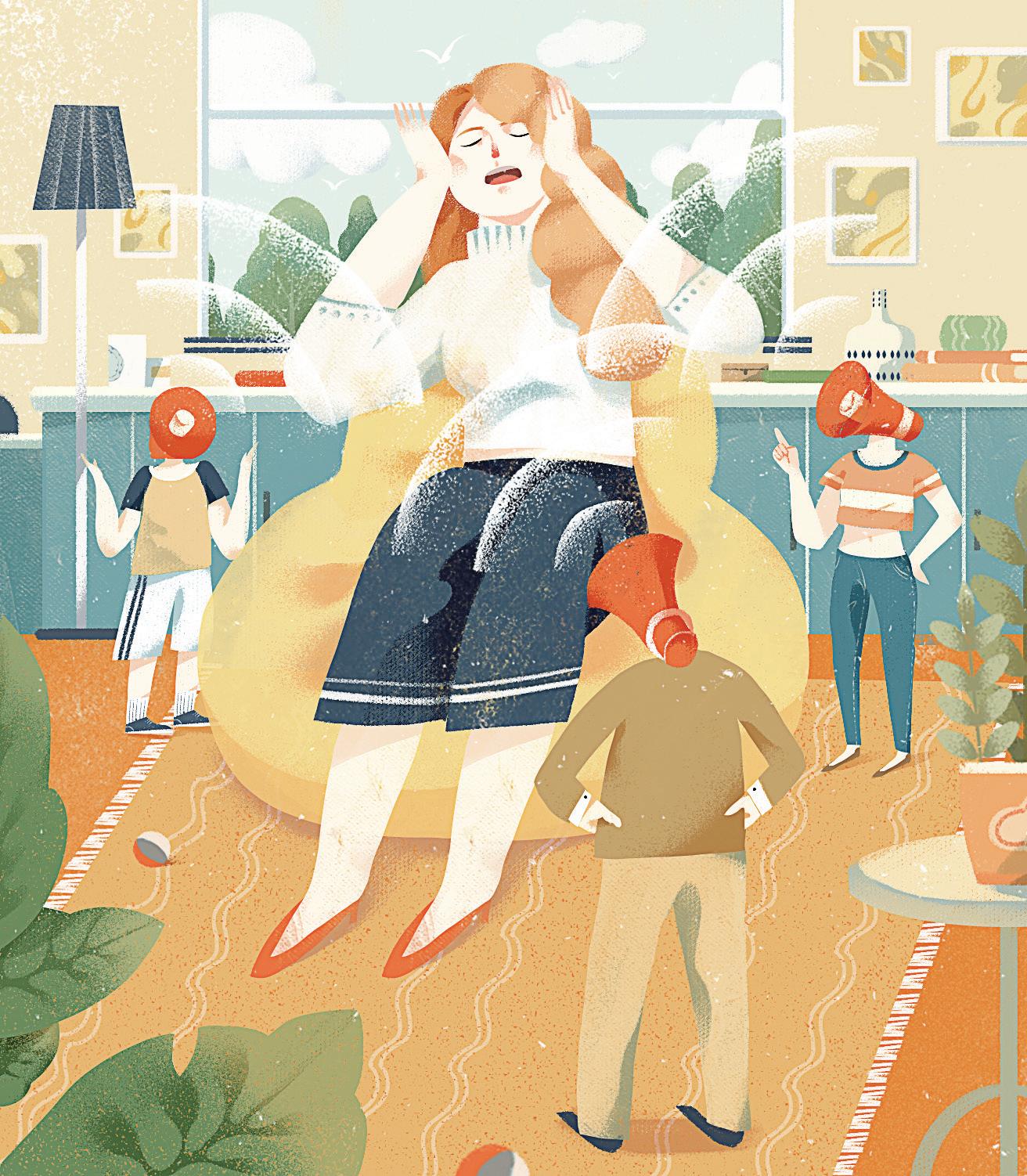 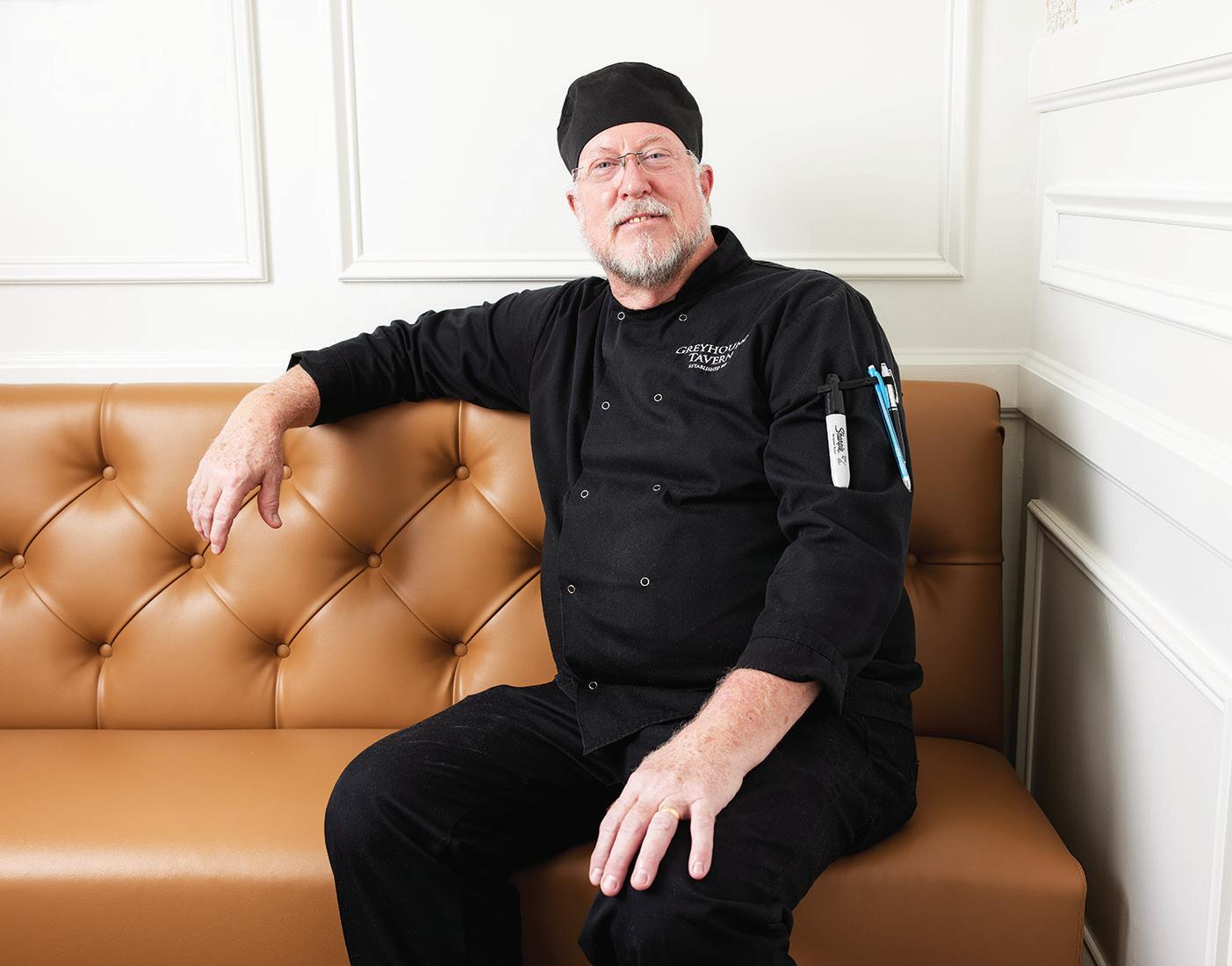