I have ceased to question stars and books; I have begun to listen to the teachings my blood whispers to me. —from Hermann Hesse’s Demian

young composer sits at an old Baldwin grand, hedged in by the shabby walls of a dilapidated music room. The decay of the surroundings appeals to her for the work she must do. She crashes down upon the black and white keys—the piano sounding metallic and raw—notes rising and falling with increased intensity, bringing life back to dying space. The old walls whisper to her, their voices channeled into musical actuality. In a withered body, the soul can shine brightly. “I was so inspired in that building,” says Chris Lastovicka. “I can’t even put my finger on exactly what it was. But there was such an openness. It was very authentic. When I auditioned at various music schools, the Cincinnati Conservatory had the most decrepit practice room. I didn’t want to be in a pristine environment. It was so old and falling apart, but I felt so much alive there.” That building has long since been torn down. The chamber pieces that the summa cum laude graduate composed there waited more than a decade before finding their home on Fortune Has Turned, released last September on Ahari Press. The composer felt that she didn’t have the maturity until now to deal with any of it. She knew intuitively that she needed to hold back. It was difficult for her to talk about the pieces. It still is. Like many artists, Lastovicka’s work is inspired by that of other artists. In her case,

the driving force is literature. “It’s so difficult for me to find words,” she explains. “Opposites attract, and writers who can put these things into words are a solace for me. Communication for me is this vast, black void, except through music. My music is more SARA AYERS about the concepts and the ideas behind it rather than the techniques I’m using.” Technically, her compositions are based on architecture. Using simple, repetitive phrases, the pieces slowly unfold and build psychologically with increasing ferocity, reaching a climax, then resolving. She’s interested in that tension and the balancing of polarities. From the beginning notes, listeners can feel that the particular literature that has inspired Lastovicka isn’t light and pretty. This is formidable stuff, dark and tempestuous. Her desperate keys are magnified by violin, viola, cello, French horn, and occasional vocal chants on this recording. “Abraxas” is based on Hermann Hesse’s Demian, which was written while Hesse underwent psychoanalysis with Carl Jung. The ancient Gnostic god Abraxas is one of both good and evil nature; as a bird (soul) fights to break free of its shell and fly to its god, it must destroy a world in order to be born. In the piece, a lone repeated note is joined by another, and still another, the increasing tempo ushering in a lone repeated note on French horn. Sparse, melancholy strings follow, severity increases. It is both 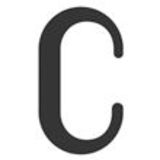