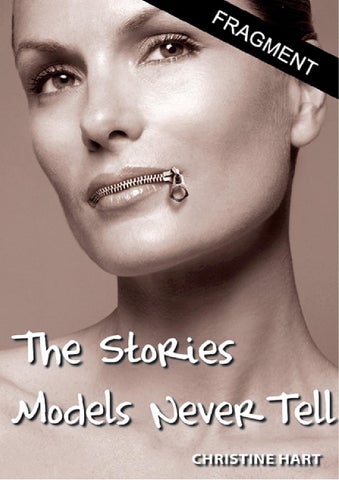 Many practices used by the Parisian agencies I would label as pure madness. Not so much the situations themselves but rather because some of them arise with under-age girls.

Parties and luxury that throw you off track Paris, the city of love and light. Who wouldn’t want to be a guest at the most glamorous parties in fashion? To take a stroll around the Cannes Film Festival, meet George Clooney, exchange glances with Ralph Fiennes or be invited onto the most spectacular yacht in the port of Saint-Tropez, surrounded by celebrities and millionaires while sipping on champagne and breathing nothing but luxury? Many would pay to live experiences like these. But really, it’s not such a big deal. Yet when I heard the news, I myself leapt for joy. I couldn’t believe it. This was the first time I’d been invited to the Cannes Film Festival! Our booker had selected three models from among hundreds of girls at our agency. They told us that we were invited to spend a few days there and attend the festival’s most exclusive parties. The lucky trio were Carla C., a teen model, (I don’t remember her name) and myself. A huge private jet flew us from Paris to Nice and we were to take part in all the dinners held during the film festival. Carla was the front cover of Vogue that month. The other girl was very young, not yet eighteen. And me, the veteran, considered a commercial model. We travelled with our booker and another woman, an editor-in-chief from Vogue. The party was guaranteed!

Who took the decision? What were the criteria our agents followed to choose who, from all the models at our agency, would be invited to Cannes Film Festival? I asked myself the same question a thousand times. It wasn’t logical that I should go and not others. Now I see things from a different perspective. Although I can’t prove it, I’m certain that the selection was made by men. If not, who paid the cost of a private jet? It all struck me as very mysterious. And why me? I supposed it was thanks to my book, which was strong on nudes. My work included artistic photos with Helmut Newton, various topless shots for GQ and a number of suggestive Italian covers. Was this the reason for inviting a model like me, approaching thirty, when all the other girls were around eighteen? I now believe that, with so much nudity in my work, someone imagined it would be easy to get my clothes off after a couple of drinks. These invitations never formed part of an assignment. We weren’t seduced by anyone, nor did we hang on anyone’s arm. We were simply guests. I don’t regret the experience at all; the truth is that it would have been difficult to resist the temptation and not go. Many girls would have stumped up their own cash to spend time alongside their idols or film stars. But this privilege had a price; in a dream setting, surrounded by incredible luxury, we were sitting ducks for those looking to take advantage. The under-age girls were a perfect target, easily impressed by a sailing trip, a ride in a Ferrari, dinner in Montecarlo or a game or two at the casino. This last option was the best technique to leave a young woman truly enthralled and there were men who squandered real fortunes in the process.

But who stood the expense of this whole setting? And the enormous mansions where we stayed during the film festival? Obviously, someone had to pay and it wasn’t our agency. We lived an A-list lifestyle without being stars. Sometimes, we would be collected at home by celebrities from the gossip press, or princesses’ ex-boyfriends, to be shown off at parties like gems. Often, I felt like part of the décor. They drove us around in Rolls Royces, Lamborghinis or Bentleys, took us to dinner in Monaco the same day, or by boat to Saint-Tropez to enjoy an aperitif with other famous faces. All kinds of things, except the usual activities of our everyday lives. I felt bewildered. When would I wake up from this dream? Who was the anonymous figure paying for all these luxuries? Was our agency acting as an intermediary? Did they charge for sending models to those parties? I never found out. One morning, I joined Elle MacPherson, Arpad Busson (her husband at the time), Karen Mulder and her boyfriend, along with the owner of a super-sized yacht. We had lunch at Le Club 55, a trendy place right on the beach. I sat beside Elle and the boat’s owner, a director from a leading advertising agency. Following a pleasant after-lunch conversation, we got back on board and sailed to port at a leisurely pace, then spent the afternoon shopping in Saint Tropez. During the boat trip, Elle never once stopped cuddling her teddy-dog. She spent the whole time hugging and snuggling it tight. I was really surprised, if not to say that I found it shockingly childish. She was “the body,” my favourite model of the 90s. I suppose that extraordinary attitude was the reflection of a marriage in crisis, a lack of affection or just pure theatre. Karen Mulder, another idol for me, was incredibly sweet. She was always smiling and walked as if floating

on air. Strangely, however, she left all her shopping behind just seconds after paying for her goods. She would go into a store, pay and leave everything there. In every shop, the same thing happened. I wondered if there might be some kind of candid camera or whether she had, quite simply, lost it. Seeing my fashion idols acting in such a crazy manner really took me aback. Months later, Karenâ&amp;#x20AC;&amp;#x2122;s mental health issues emerged in the press. Stories of rape, abuse, drugs... Perhaps they were paranoias. Some years afterwards, she would confess that she had been raped by her father. All I can say is that I met Karen at the start of her psychological decline. She was later admitted to a psychiatric clinic, entering a vicious circle from which she never completely recovered. Since then, she has never been the same. Nowadays, I sometimes come across her in Paris, taking a walk or chatting with friends in a hotel lobby. Last time I saw her was at Hotel Le Bristol, a faded version of her former self. Her persona, or rather her aura, had disappeared. All of these models were my fashion icons during the 90s and I now found myself alongside them, astonished not by their beauty but by their outlandish behaviour. I couldnâ&amp;#x20AC;&amp;#x2122;t credit what I saw; they seemed like little girls, their fragility almost tangible. This wasnâ&amp;#x20AC;&amp;#x2122;t the image I had of them as supermodels. Fame, money, men and luxury are ever-present demons throwing temptation in your path. Dealing with them is undoubtedly tough. Even more so if you do it from an early age. Being famous, a top model or a celebrity brings with it enormous sacrifice and means living with a darker side of

Buy it now at

Christine Hart shares her own, personal experiences and stories from a ten-year career in modelling, a journey which took her to the world's leading fashion capitals of Paris, New York and Milan. Genuine adventures which reveal the lesser-known face of fashion; a backstage pass to this glossy universe of bright lights and glamour, a world that also hides a cruel and competitive side. 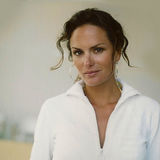