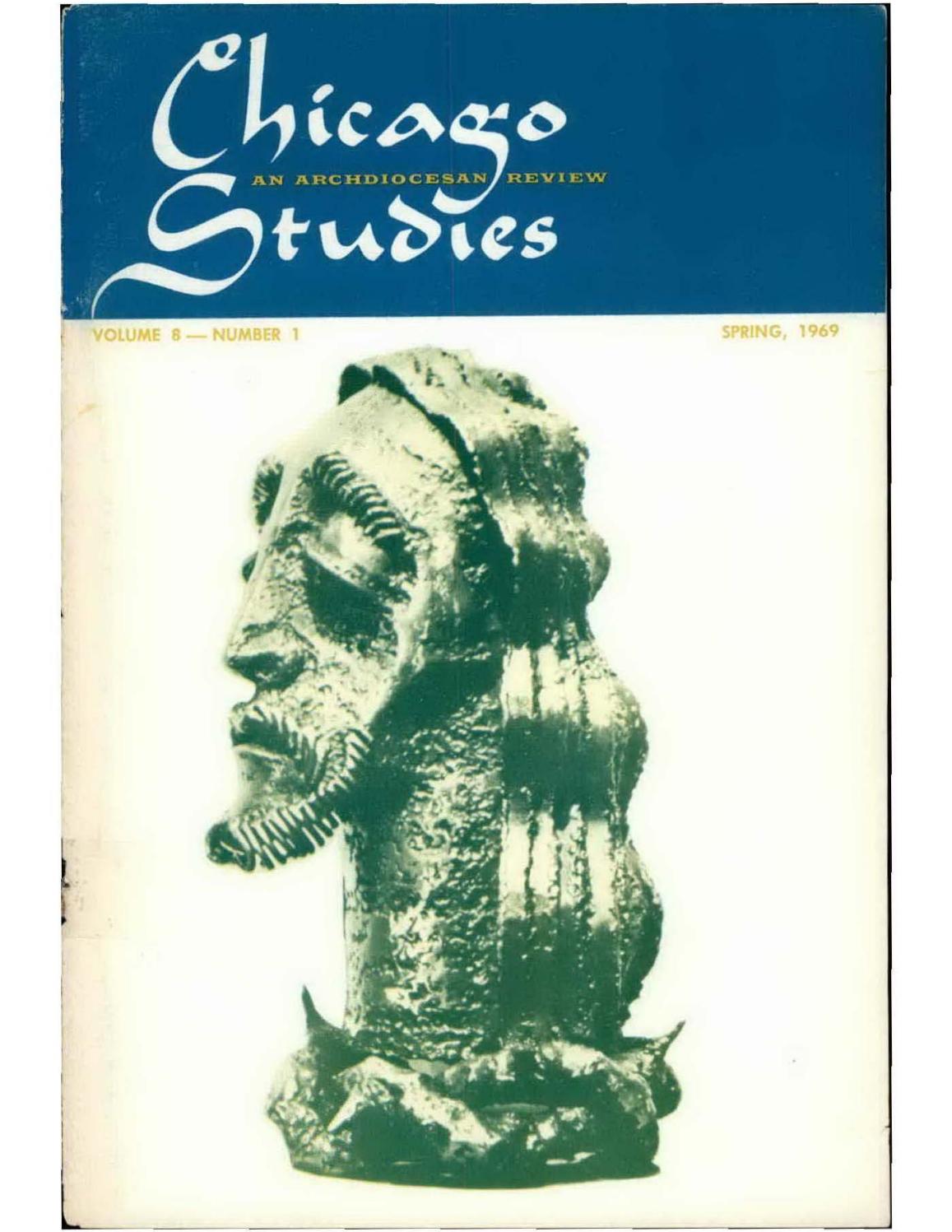 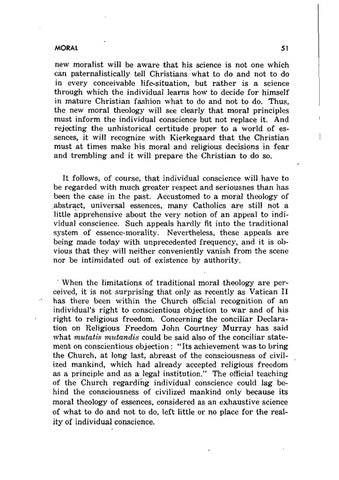 new moralist will be aware that his science is not one which can paternalistically tell Christians what to do and not to do in every conceivable life-situation, but rather is a science through which the individual learns how to decide for himself in mature Christian fashion what to do and not to do. Thus, the new moral theology will see clearly that moral principles must inform the individual conscience but not replace it. And rejecting the unhistorical certitude proper to a world of essences, it will recognize with Kierkegaard that the Christian must at times make his moral and religious decisions in fear and trembling and it will prepare the Christian to do so. It follows, of course, that individual conscience will have to

be regarded with much greater respect and seriousnes than has been the case in the past. Accustomed to a moral theology of .abstract, universal essences, many Catholics are still not a little apprehensive about the very notion of an appeal to individual conscience. Such appeals hardly fit into the traditional system of essence-morality. Nevertheless, these appeals are being made today with unprecedented frequency, and it is obvious that they will neither conveniently vanish from the scene nor be intimidated out of existence by authority. Âˇ When the limitations of traditional moral theology are perceived, it is not surprising that only as recently as Vatican II has there been within the Church official recognition of an individual&#39;s right to conscientious objection to war and of his right to religious freedom. Concerning the conciliar Declaration on Religious Freedom John Courtney Murray has said what mutatis mutandis could be said also of the conciliar statement on conscientious objection: &quot;Its achievement was to bring the Church, at long last, abreast of the consciousness of civilized mankind, which had already accepted religious freedom as a principle and as a legal institution.&quot; The official teaching of the Church regarding individual conscience could lag behind the consciousness of civilized mankind only because its moral theology of essences, considered as an exhaustive science of what to do and not to do, left little or no place for the reality of individual conscience.