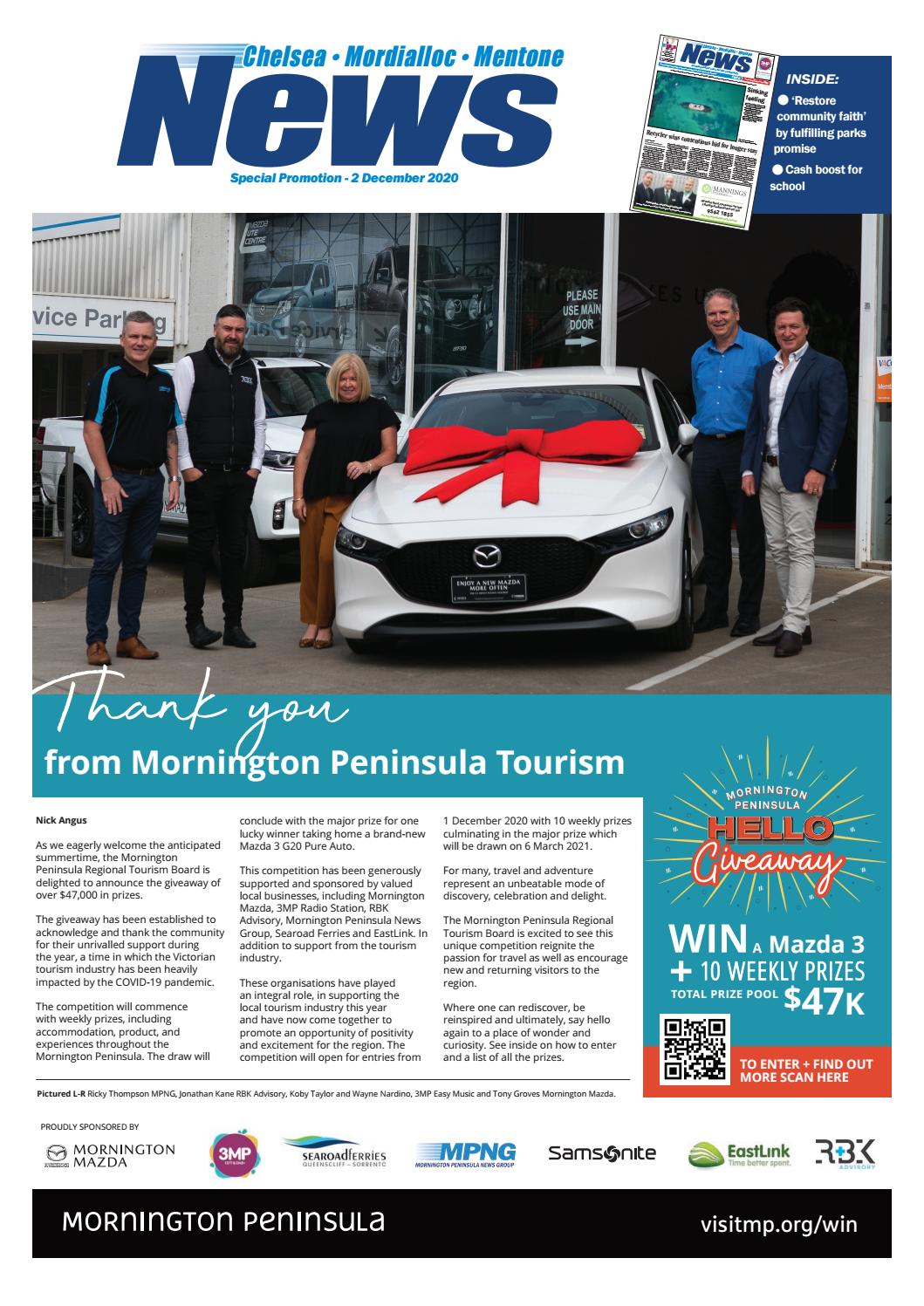 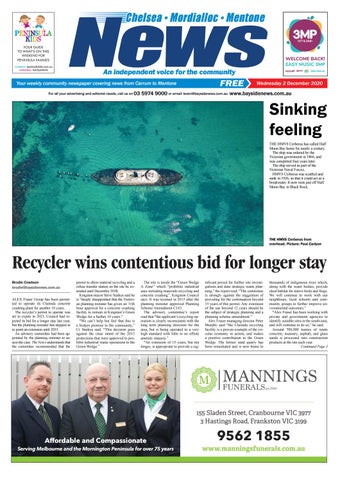 Chelsea • Mordialloc • Mentone YOUR GUIDE TO WHAT’S ON THIS WEEKEND FOR PENINSULA FAMILIES FACEBOOK:

Recycler wins contentious bid for longer stay Brodie Cowburn brodie@baysidenews.com.au ALEX Fraser Group has been permitted to operate its Clarinda concrete crushing plant for another 10 years. The recycler’s permit to operate was set to expire in 2023. Council had rejected its bid for a longer stay last year, but the planning minister has stepped in to grant an extension until 2033. An advisory committee had been appointed by the planning minister to assess the case. The News understands that the committee recommended that the

permit to allow material recycling and a refuse transfer station on the site be extended until December 2038. Kingston mayor Steve Staikos said he is “deeply disappointed that the Victorian planning minister has given an 11th hour approval for a concrete crushing facility to remain in Kingston’s Green Wedge for a further 10 years.” “We can’t help but feel that this is a broken promise to the community,” Cr Staikos said. “This decision goes against the clear intent of the 2015 protections that were approved to prohibit industrial waste operations in the Green Wedge.”

The site is inside the “Green Wedge A Zone” which “prohibits industrial uses including materials recycling and concrete crushing”, Kingston Council says. It was rezoned in 2015 after the planning minister approved Planning Scheme Amendment C143. The advisory committee’s report read that “the applicant’s recycling operation is clearly inconsistent with the long term planning direction for the area, but is being operated to a very high standard with little to no offsite amenity impacts.” “An extension of 15 years, but not longer, is appropriate to provide a sig-

nificant period for further site investigations and state strategic waste planning,” the report read. “The committee is strongly against the suggestion of providing for the continuation beyond 15 years of this permit. Any extension of the use beyond 15 years should be the subject of strategic planning and a planning scheme amendment.” Alex Fraser managing director Peter Murphy said “the Clarinda recycling facility is a proven example of the circular economy in action, and makes a positive contribution to the Green Wedge. The former sand quarry has been remediated and is now home to

thousands of indigenous trees which, along with the water bodies, provide ideal habitat for native birds and frogs. We will continue to work with our neighbours, local schools and community groups to further improve environmental outcomes.” “Alex Fraser has been working with private and government agencies to identify suitable sites in the south-east, and will continue to do so,” he said. Around 700,000 tonnes of waste concrete, masonry, asphalt, and glass sands is processed into construction products at the site each year. Continued Page 3

Serving Melbourne and the Mornington Peninsula for over 75 years