Fortresses of The Island - A Visit To The Past 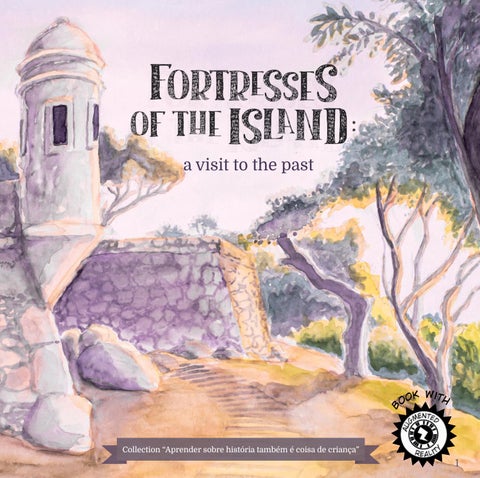 a visit to the past

a visit to the past

Augmented Reality: Throughout the book there are codes like this that give access to extra content. To view them, download the app Zappar on your phone or tablet and point them to codes to load the contents (you need to have an internet connection).

Download the app Zappar on your phone or tablet.

Hello! I’m the majestic frigate also known as man-o’-war bird. I will tell you about the arrival of the Portuguese and the beginning of the fortresses of the island of Santa Catarina, where me and my colleagues love to fly.

Indigenous peoples were the first inhabitants of the island.

They lived of hunting, fishing, collecting fruits, roots and had small plantations.

They lived in villages. Now draw what you think these villages were like. 6

In the meantime... Some people sailed in caravels through the seas in search of land to extract their riches. The people that disputed the region of the island were the Portuguese and the Spanish.

Shall we paint these caravels?

The Portuguese were the first explorers occupying the island. This started over 300 years ago, when Francisco Dias Velho arrived bringing his family, some african and indigenous slaves, continuing later with the coming of other families. This first settlement was called Nossa Senhora do Desterro.

Access the Augmented Reality to visualize the arrival of the Portuguese. 10

The indigenous population who lived on the island was decreasing as different explorers passed through the region.

When the Portuguese arrived, many indigenous people had already been killed or taken as slaves by different navigators. Some went to live on the mainland to protect themselves from attacks and others were enslaved by the Portuguese.

With the Spaniards still interested in take the island of the Portuguese, Portugal sent the Brigadier José da Silva Paes to build a fortress and protect that territory. He built a defense system formed by four fortresses.

Don’t confuse the Brigadier of this history with those chocolate candies, delicious, which have the same name in Brazil. Brigadier, in this story, means the commander of a brigade. What’s a brigade? It can be said that brigade is a set of soldiers.

As the fortresses of Santa Cruz de Anhatomirim, Santo Antônio de Ratones and São José da Ponta Grossa formed a triangle and protected the North Bar of the Island, the Fortaleza da Nossa Senhora da Conceição de Araçatuba was built to protect the South Bar of the Island.

Go to Augmented Reality to view the fortresses that protected the North Bar of the island. 18

With the construction of the fortresses, the Portuguese believed that the island was protected against the Spaniards, but they were wrong!

In 1777, the Spaniards arrived with many men, weapons and vessels. They landed in Canasvieiras Beach and by land, without any confrontation, took the island.

Shall we paint these vessels?

Shall we paint this image?

Resolved this dispute between the two peoples, were no longer necessary fortresses to defend the island. Then, the four fortifications idealized by the Brigadier gradually were being abandoned. With the abandonment there was depredation, theft of woods and tiles, the vegetation grew, walls collapsed and the fortresses turned into ruins. Fortress of São José da Ponta

To protect the fortresses, they were declared National Historical Heritage. Over time researchers began to become concerned about the possibility of disappearance of these constructions and the forgetfulness of this part of history. So they started research to identify who had lived there, what they ate, what habits they had, what materials and techniques they used to build the fortresses, for then rebuild them. Archeology work in the Fortress of São José da Ponta Gros

From 1979, the Universidade Federal de Santa Catarina (UFSC) adopted the three fortresses of North Bar. They were rebuilt, but no more to protect the island from territorial disputes, but to be open- air museums, with the objective of recounting this part of the history for its visitors and keep the memory alive.

Fortresses of The Island - A Visit To The Past

History about the construction of the Fortresses of Santa Catarina Island, their use, abandonment, reconstruction and transformation into museums. Features 3D. Learn more at: fortalezas.ufsc.br 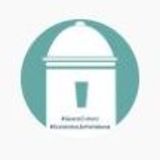