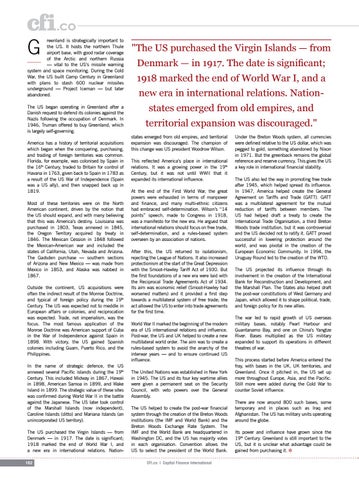 reenland is strategically important to the US. It hosts the northern Thule airport base, with good radar coverage of the Arctic and northern Russia — vital to the US’s missile warning system and space monitoring. During the Cold War, the US built Camp Century in Greenland with plans to stash 600 nuclear missiles underground — Project Iceman — but later abandoned.

The US began operating in Greenland after a Danish request to defend its colonies against the Nazis following the occupation of Denmark. In 1946, Truman offered to buy Greenland, which is largely self-governing. America has a history of territorial acquisitions which began when the conquering, purchasing, and trading of foreign territories was common. Florida, for example, was colonised by Spain in the 16th Century, traded to Britain for control of Havana in 1763, given back to Spain in 1783 as a result of the US War of Independence (Spain was a US ally), and then snapped back up in 1819. Most of these territories were on the North American continent, driven by the notion that the US should expand, and with many believing that this was America’s destiny. Louisiana was purchased in 1803, Texas annexed in 1845, the Oregon Territory acquired by treaty in 1846. The Mexican Cession in 1848 followed the Mexican-American war and included the states of California, Utah, Nevada and Arizona. The Gadsden purchase — southern sections of Arizona and New Mexico — was made from Mexico in 1853, and Alaska was nabbed in 1867. Outside the continent, US acquisitions were often the indirect result of the Monroe Doctrine, and typical of foreign policy during the 19th Century. The US was expected not to meddle in European affairs or colonies, and reciprocation was expected. Trade, not imperialism, was the focus. The most famous application of the Monroe Doctrine was American support of Cuba in the War of Independence against Spain in 1898. With victory, the US gained Spanish colonies including Guam, Puerto Rico, and the Philippines. In the name of strategic defence, the US annexed several Pacific islands during the 19th Century. This included Midway in 1867, Hawaii in 1898, American Samoa in 1899, and Wake Island in 1899. The strategic value of these sites was confirmed during World War II in the battle against the Japanese. The US later took control of the Marshall Islands (now independent), Caroline Islands (ditto) and Mariana Islands (an unincorporated US territory). The US purchased the Virgin Islands — from Denmark — in 1917. The date is significant; 1918 marked the end of World War I, and a new era in international relations. Nation162

&quot;The US purchased the Virgin Islands — from Denmark — in 1917. The date is significant; 1918 marked the end of World War I, and a new era in international relations. Nationstates emerged from old empires, and territorial expansion was discouraged.&quot; states emerged from old empires, and territorial expansion was discouraged. The champion of this change was US president Woodrow Wilson. This reflected America’s place in international relations. It was a growing power in the 19th Century, but it was not until WWII that it expanded its international influence. At the end of the First World War, the great powers were exhausted in terms of manpower and finance, and many multi-ethnic citizens had embraced self-determination. Wilson’s “14 points” speech, made to Congress in 1918, was a manifesto for the new era. He argued that international relations should focus on free trade, self-determination, and a rules-based system overseen by an association of nations. After this, the US returned to isolationism, rejecting the League of Nations. It also increased protectionism at the start of the Great Depression with the Smoot-Hawley Tariff Act of 1930. But the first foundations of a new era were laid with the Reciprocal Trade Agreements Act of 1934. Its aim was economic relief (Smoot-Hawley had worsened matters) and it provided a first step towards a multilateral system of free trade; the act allowed the US to enter into trade agreements for the first time. World War II marked the beginning of the modern era of US international relations and influence. Post-war, the US and UK helped to create a new multilateral world order. The aim was to create a rules-based system to avoid the anarchy of the interwar years — and to ensure continued US influence. The United Nations was established in New York in 1945. The US and its four key wartime allies were given a permanent seat on the Security Council, with veto powers over the General Assembly. The US helped to create the post-war financial system through the creation of the Breton Woods institutions (the IMF and World Bank) and the Breton Woods Exchange Rate System. The IMF and the World Bank are headquartered in Washington DC, and the US has majority votes in each organisation. Convention allows the US to select the president of the World Bank. CFI.co | Capital Finance International

Under the Breton Woods system, all currencies were defined relative to the US dollar, which was pegged to gold, something abandoned by Nixon in 1971. But the greenback remains the global reference and reserve currency. This gives the US a key role in international financial stability. The US also led the way in promoting free trade after 1945, which helped spread its influence. In 1947, America helped create the General Agreement on Tariffs and Trade (GATT). GATT was a multilateral agreement for the mutual reduction of tariffs between members. The US had helped draft a treaty to create the International Trade Organisation, a third Breton Woods trade institution, but it was controversial and the US decided not to ratify it. GATT proved successful in lowering protection around the world, and was pivotal in the creation of the European Economic Community. In 1994, the Uruguay Round led to the creation of the WTO. The US projected its influence through its involvement in the creation of the International Bank for Reconstruction and Development, and the Marshall Plan. The States also helped draft the post-war constitutions of West Germany and Japan, which allowed it to shape political, trade, and foreign policy for its new allies. The war led to rapid growth of US overseas military bases, notably Pearl Harbour and Guantanamo Bay, and one on China’s Yangtze River. Bases multiplied as the US military expanded to support its operations in different theatres of war. This process started before America entered the fray, with bases in the UK, UK territories, and Greenland. Once it pitched in, the US set up more throughout Europe, Asia, and the Pacific. Still more were added during the Cold War to counter Soviet influence. There are now around 800 such bases, some temporary and in places such as Iraq and Afghanistan. The US has military units operating around the globe. Its power and influence have grown since the 19th Century. Greenland is still important to the US, but it is unclear what advantage could be gained from purchasing it. i 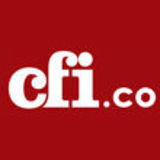