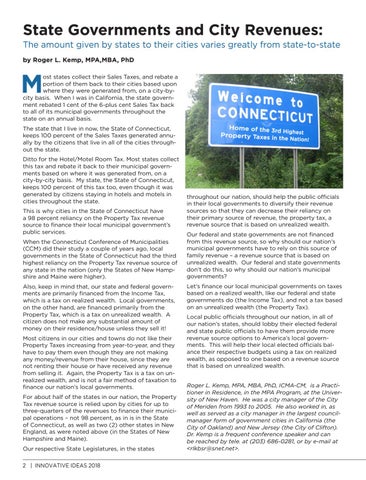 The amount given by states to their cities varies greatly from state-to-state by Roger L. Kemp, MPA,MBA, PhD

ost states collect their Sales Taxes, and rebate a portion of them back to their cities based upon where they were generated from, on a city-bycity basis. When I was in California, the state government rebated 1 cent of the 6-plus cent Sales Tax back to all of its municipal governments throughout the state on an annual basis. The state that I live in now, the State of Connecticut, keeps 100 percent of the Sales Taxes generated annually by the citizens that live in all of the cities throughout the state. Ditto for the Hotel/Motel Room Tax. Most states collect this tax and rebate it back to their municipal governments based on where it was generated from, on a city-by-city basis. My state, the State of Connecticut, keeps 100 percent of this tax too, even though it was generated by citizens staying in hotels and motels in cities throughout the state. This is why cities in the State of Connecticut have a 98 percent reliancy on the Property Tax revenue source to finance their local municipal government’s public services. When the Connecticut Conference of Municipalities (CCM) did their study a couple of years ago, local governments in the State of Connecticut had the third highest reliancy on the Property Tax revenue source of any state in the nation (only the States of New Hampshire and Maine were higher). Also, keep in mind that, our state and federal governments are primarily financed from the Income Tax, which is a tax on realized wealth. Local governments, on the other hand, are financed primarily from the Property Tax, which is a tax on unrealized wealth. A citizen does not make any substantial amount of money on their residence/house unless they sell it! Most citizens in our cities and towns do not like their Property Taxes increasing from year-to-year, and they have to pay them even though they are not making any money/revenue from their house, since they are not renting their house or have received any revenue from selling it. Again, the Property Tax is a tax on unrealized wealth, and is not a fair method of taxation to finance our nation’s local governments. For about half of the states in our nation, the Property Tax revenue source is relied upon by cities for up to three-quarters of the revenues to finance their municipal operations – not 98 percent, as in is in the State of Connecticut, as well as two (2) other states in New England, as were noted above (in the States of New Hampshire and Maine). Our respective State Legislatures, in the states 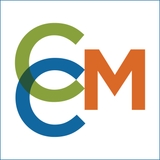 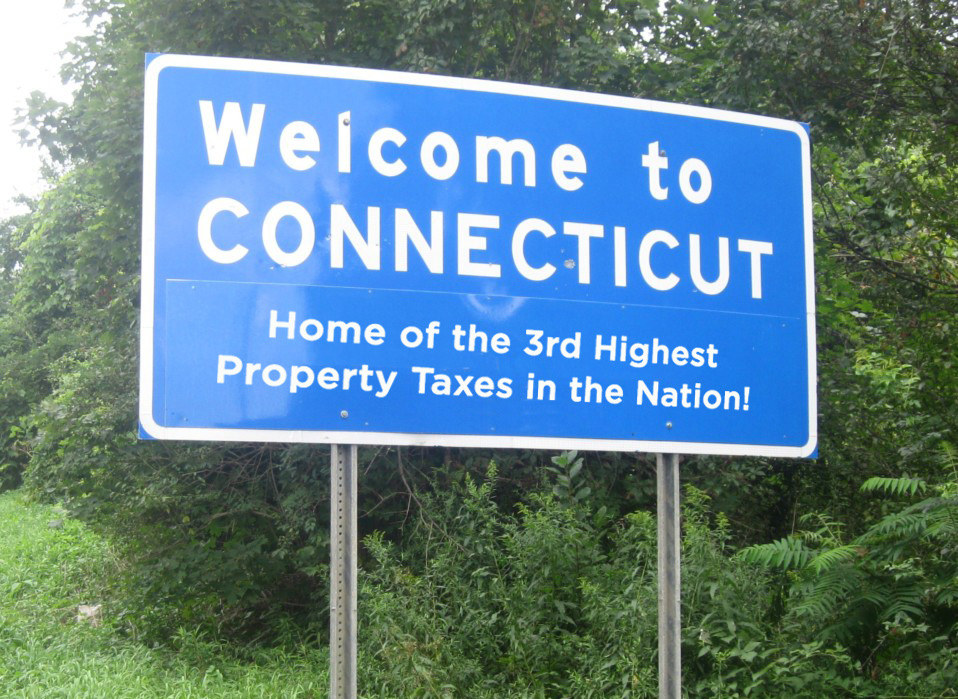 More from Connecticut Conference of Municipalities