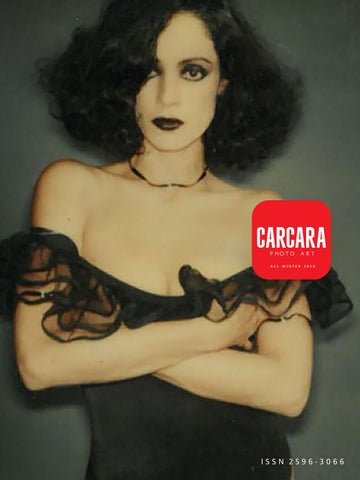 Compared to other arts that existed for thousands of years, photography is still in its infancy. The music expanded from songs by bonfires to operas and symphonies; painting evolved from cave drawings; and troubadour recitals paved the way for epic romances. The best of photography is yet to come TOM ANG PHOTOGRAPHY: THE DEFINITIVE VISUAL HISTORY When we are afraid, we shoot, but when we get nostalgic, we take pictures. Collecting photos is collecting the world. SUSAN SONTAG ON PHOTOGRAPHY A photographic image not only reflects the outside world or part of it, but, above all, projects the authorâ&amp;#x20AC;&amp;#x2122;s internal universe. Through photography, our inner self becomes a filter that we use to try to decipher what we see. Taking a photograph means making several decisions that are never innocent: it is a philosophical act. GIUSEPPE SANTAGATA ITALIAN PHOTOGRAPHER/INTERVIEW FOR THE WEBSITE INFAME https://infame.us/2017/09/13/fotografar-e-um-ato-filosofico/

I Photographing is an act of freedom. This phrase is for all photographers. Professionals, amateurs, beginners, smartphone owners. The decision to register something existing or to create an idealized image through photography calls for a decision that

inhabits the subjects’ interior and sends it to the outside. So, they make their image mundane. Conscious or not, people who photograph take the freedom to do so, take ownership of an image, something of reality or an idea. But photographing is also often a boastful action, precisely because of this, due to individual freedom, because the photographer appropriates something. The photographer commits misappropriation, even when authorized to take photos. He or she makes their possession public and offers it to humanity. Sometimes, with extreme beauty; others, with shocking realities; or with images created by brilliant ideas. Behind a simple click, there can be a lot of arrogance. Freedom and arrogance are components of art making. It is not different in photographic art. It has been like that in almost 200 years of photography history, since its emergence in 1826, by the hands of the Frenchman Joseph Nicéphore Niépce. In the beginning, with a small group; today, with the popularization of smartphones, being practiced by billions of people. A report by GSM Global System for Mobile Communications, entitled Mobile Economy 2019, showed that 5.1 billion people worldwide use a mobile device. This represents 67% of the world population, who have some type of device in hand, which includes a camera. However, it is important to remember the comment of Bob Wolfenson, one of the most respected and requested Brazilian photographers: “Everyone photographs and not everyone is a photographer. Everyone speaks Portuguese, but few are writers. The photographer is in this phrase what the writer is for the other. There are many more photographers, which increases the competition, but the quantity demands a

higher quality from the professionals. There are more people photographing well. Nowadays photography has gained importance.” II Photography turned popular and became the most popular art on the planet. At the same time, it became sophisticated. Both when registering the real and when realizing unrealities, ideas. This sophistication is present, for example, in the conceptual art of Marcelo Pallotta or in the luminous and colorful geometry of César Oiticica Filho, which accomplishes what the Greek origin of the word defines: drawing with light. They are no better than the other photographers presented here. But they bring that flame of innovation. And the three photographers we have chosen for a special reference are no better. We are talking about José Oiticica Filho - JOF (Rio de Janeiro, RJ, 1906-1964), little known, pioneer in Brazilian photographic art; Klaus Werner (Düsseldorf, Germany, 1921 - Praia Grande, SP, 2018), industrial, theater and actor photographer; and Antônio Guerreiro (Madrid, Spain, 1947 - Rio de Janeiro, RJ, 2019), one of the most important photographers of personalities, responsible for countless covers of Brazilian magazines. Each of them has a particularity. José Oiticica Filho - JOF, was an entomologist who studied photography to record his research with moths. In his spare time, he created one of the most awarded photo sets in Brazil. Paulo Herkenhoff states that there are four photographers in José Oiticica Filho: the utility, researcher; the photoclubist, who goes to the public; the abstract and the constructivist, who develop experiments in the laboratory. Here we present one of the most creative facets of his path to abstraction, through experiments with negatives, the series “recreations” -- negatives

and transparent positives worked on, creating original images, a reality which emerges in the revelation. Klaus Werner arrived in Brazil in 1948 and established residence in Osasco, SP. He consolidated himself as a photographer and created a studio in that city. In the 1950s and 1960s, he was in the most important theatrical activities in São Paulo, with emphasis on the photos of the TBC (Brazilian Theater of Comedy), photos that we selected for our exhibit. Antônio Guerreiro is one of the most significant references in Brazilian editorial photography between the 70s and 90s. It is not by chance that the title of one of his exhibitions was “Antônio Guerreiro - The Man Who Loved Women”, at Galeria da Gávea, in Rio, in 2015. Among them were the blunt and sensual baroque images of actress Sônia Braga, his ex-wife, made with a Polaroid camera. III These are some of the 29 photographers that Galeria Carcará Photo Art showed, from November 23rd to 29th, at SP Foto 2020, which included Viewing Room in its title this year. The organizers report that they brought the experience of the art fair to the digital environment: “During its realization, different audiences virtually navigated special projects and found the diversity and energy of SP – Foto in a new type of immersion”. The Fair brought about 1,500 photographic productions by more than 150 artists and a free and virtual program, which counted more than 25 thousand visits from different regions and more than 150 thousand page views, 10% of which were visitors from other countries. Fernanda Feitosa, director and founder of SPFoto, analyzes: “In this edition of the SP-Foto Viewing Room,

we found that 78% of the visitors are new users, which confirms the trend we observed in the SP-Arte Viewing Room that a new audience is getting interested and getting closer to the world of arts through digital platforms.â&amp;#x20AC;? IV This issue of CarcarĂĄ Photo Art magazine, once again, fulfills its purpose of valuing Brazilian photographic art, its sophistication and its innovations. And it invites readers of the magazine to visit the portal https://www.carcaraphotoart. com/, where they will find the previous issues of the magazine, the photographers we represent, our bookstore and our online exhibitions. Brazilian photographic art is on the same level as the best photographic art in the world, in all areas in which it presents itself: from photojournalism to conceptual art; from portraits to landscapes; from the appropriation of the real to the realization of the imaginary; figurative, abstract expressionist or geometric; realistic or surrealistic. It is up to Brazilians, initially, to value them, leaving aside the colonialism and dependency which have characterized us as a nation. FERNANDO RIOS 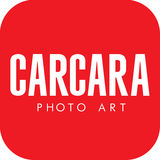