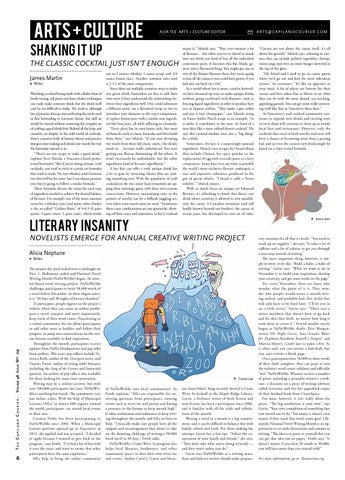 shaking it up THE CLASSIC COCKTAIL JUST ISN'T ENOUGH James Martin × Writer Watching a cocktail being made with a flashy show of bottle tossing, tall pours and fancy shaker techniques can easily make someone think that the drink itself can’t be too difficult to make. The truth is, although lots of practice does go into perfecting the tricks used in flair bartending to entertain clients, this skill set would be wasted without mastering the complex art of crafting a good drink first. Behind all the hype and creativity on display in the wild world of cocktails, there’s a massive body of history, theory and practice that goes into making each drink taste exactly the way the bartender intends it to. “There’s no one recipe to make a good drink,” explains Steve Matick, a Vancouver-based professional bartender, “But if you’re doing ‘serious’ craft cocktails, you tend to stick to certain set formulas that tend to work. No two whiskey sours between two bars will be the same, but I can almost promise you they’re going to follow a similar formula.” These formulas dictate the ratios for each type of ingredient needed to achieve the desired balance of flavours. For example, one of the most common ratios for a whiskey sour (and many other drinks) is the so-called “Golden Ratio” of 6:4:3 (6 parts spirits, 4 parts sweet, 3 parts sour), which works

out to 2 ounces whiskey, 1 ounce syrup, and 3/4 ounce lemon juice. Another common ratio used is 2:1:1 of the same components. Since there are multiple common ways to make any given drink, bartenders are free to add their own twist if they understand the relationships between their ingredients well. One could substitute a different spirit, use a flavoured syrup or two to introduce new elements to the sweet component, or replace lemon juice with a similar sour ingredient like lime juice, all while adhering to a formula. “Every place has its own house style, but most of them do stick to classic formulas and then build from there,” says Matick, “If you start deviating too much from these old classic ratios, [the drink] tends to… become really unbalanced. You start getting one flavour dominating all the others. It won’t necessarily be undrinkable, but the other ingredients kind of become superfluous.” A bar that can offer a truly unique drink has a lot to gain by attracting clients who are seeking something new. With the popularity of craft cocktails on the rise, many local restaurants are upping their mixology game with their own custom concoctions. However, maintaining taste in the pursuit of novelty can be a difficult juggling act, even when time-tested ratios are used. “Sometimes these crazy combinations are just gimmicks, showing off how crazy and innovative [a bar’s] cocktail

menu is,” Matick says, “They over-saturate a lot of flavours… but when you try to shovel so much into one drink you kind of lose all the individual constituent parts. It becomes this flat, blank, generic mix-y flavoured thing. You might get one or two of the sharper flavours there, but you’re going to lose all the nuances you could have gotten if you had just cut back on a few.” In a world where less is more, creative bartenders have dreamed up ways to make unique drinks without going overboard with flavours, such as freezing liquid ingredients in order to produce beer ices or liqueur sorbets. “They make a gin sorbet and put it into champagne,” says Matick, using an Easter Sorbet Punch recipe as an example, “As it melts, it contributes to the taste. It’s kind of a neat idea, like a more refined dessert cocktail.” He says that cocktail slushies were also a “big thing” for a while. Sometimes, the key is a surprisingly unusual ingredient. Matick cites recipes he’s heard about that include Chinese five spice powder or the replacement of egg with avocado paste as a fatty component. Some bars even use what is possibly the world’s most exclusive flavour: ambergris, a rare and expensive substance produced in the gut of sperm whales. “I heard it adds a ‘briny solidity’,” Matick muses. With so much focus on unique yet balanced flavours, it’s refreshing to know that there’s one drink where creativity is allowed to rein uninhibited: the caesar. A Canadian invention (and still hardly known beyond our borders), the caesar, in recent years, has developed its own set of rules.

The minute the clock ticked over to midnight on Nov. 1, Halloween ended and National Novel Writing Month (NaNoWriMo) began. An internet-based novel writing project, NaNoWriMo challenges participants to write 50,000 words of a novel before December. As their slogan states, it is “30 days and 30 nights of literary abandon!” To participate, people register on the project’s website where they can create an author profile, post a novel synopsis and most importantly, keep track of their word count. Functioning as a virtual community, the site allows participants to add other users as buddies and follow their progress, or jump into conversations on the various forums available to find inspiration. Throughout the month, participants receive updates from NaNo Headquarters and pep talks from authors. This year’s pep talkers include Veronica Roth, author of the Divergent series, and Tamora Pierce, author of young adult fantasies including the Song of the Lioness and Immortals quartets. An archive of pep talks is also available for those looking for some extra motivation. Writing may be a solitary activity, but with over 300,000 participants last year, NaNoWriMo is anything but lonely. The community isn’t just online, either. With the help of Municipal Liaisons (MLs) in almost 600 regions around the world, participants can attend local events in their area. Carmen Fowle has been participating in NaNoWriMo since 2004. When a Municipal Liaison position opened up in Vancouver in 2012, she applied and was accepted. “I decided to apply because I wanted to give back to the program,” says Fowle, “I've had a lot of fun with it over the years, and want to ensure that other participants have the same experience.” MLs help to bring the online community

× Crystal Lee of NaNoWriMo into local communities. As Fowle explains, “MLs are responsible for answering questions from participants, running events such as write-ins and parties and having a presence in the forums to keep morale high.” It takes enthusiasm and endurance to keep writing throughout the month, and MLs are here to help. “I basically make sure people have all the support and encouragement they desire to take on the daunting challenge of writing a 50,000 word novel in 30 days,” Fowle adds. NaNoWriMo’s Come Write In program also helps local libraries, bookstores, and other community spaces to host their own write-ins and events. Author Carol J. Gavin and librar-

“Caesars are not about the caesar itself, it’s all about the garnish,” Matick says, referring to variants that can include pickled vegetables, shrimp, onion rings and even an entire burger skewered at the top of the glass. “My friend and I used to go on caesar quests where we’d go out and find the most ridiculous caesars,” he continues, “It’s like an appetizer to your meal. A lot of places are famous for their caesars and have taken that as liberty to see what they can do with the most absurd, eye-catching, appealing garnish. You can get some really interesting stuff like that in Vancouver these days.” As Vancouver’s craft cocktail community continues to expand, new drinks and exciting ways to serve them will continue to show up in trendy local bars and restaurants. However, only the cocktails that excel in both novelty and taste will have a chance at becoming more than a passing fad, and so even the craziest new drink might be based on a time-tested formula.

ian Anna-Marie Yang recently hosted a Come Write In kickoff at the Maple Ridge Library. Gavin, a freelance writer of both fiction and non-fiction, has been a participant since 2006, and is familiar with all the trials and tribulations of the month. Writing a novel in a month is a big commitment, and it can be difficult to balance that with family, school and work. For those making the attempt, Gavin has a few tips. “Solicit the cooperation of your family and friends,” she says, “They don’t take what you’re doing seriously — and they won’t unless you do.” Gavin sees NaNoWriMo as a writing marathon and believes writers should make prepara-

tory measures for all that it entails. “You need to stock up on supplies,” she says, “It takes a lot of caffeine and a lot of calories to get you through a non-stop month of writing.” The most important thing, however, is simply to write every day. “Build a habit, a habit of writing,” Gavin says. “What we want to do in November is to build your inspiration, develop your creativity, and get some words on the page.” Yet, every November, there are those who wonder what the point of it is. They wonder why people would waste a month writing rushed, and probably bad, first drafts that will only have to be fixed later. “I’ll let you in on a little secret,” Gavin says. “There isn’t a writer anywhere that doesn’t have to go back and fix their first draft, no matter how long it took them to create it.” Several notable novels began as NaNoWriMo drafts: Erin Morgenstern’s The Night Circus, Sara Gruen’s Water for Elephants,Rainbow Rowell’s Fangirl, and Marrisa Meyer’s Cinder just to name a few. As is often said, you can rewrite a bad draft, but you can’t rewrite a blank page. Once participants have 50,000 or more words of their draft complete, they can paste it into the website’s word count validator and officially “win” NaNoWriMo. Winners receive a number of prizes including a printable winner’s certificate, a discount on a piece of writing software called Scrivener, and two free paperback copies of their finished book from CreateSpace. For most, however, it isn’t really about the prizes. “The big satisfaction is your own,” says Gavin, “Your own completion of something that you started out to do.” For many, it doesn’t even matter if they reach that word count goal. Ultimately, National Novel Writing Month is an opportunity to set aside distractions and commit to writing. “The idea is to prove to yourself that you can get that idea out on paper,” Fowle says, “It doesn't matter if you write 50 words or 50,000, you still have more than you started with!” For more information, go to Nanowrimo.org. 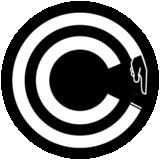 It's all about the youth vote in this edition, featuring a run down on the North Vancouver mayoral candidates. Also featuring Jian "Ghomessy...

It's all about the youth vote in this edition, featuring a run down on the North Vancouver mayoral candidates. Also featuring Jian "Ghomessy...