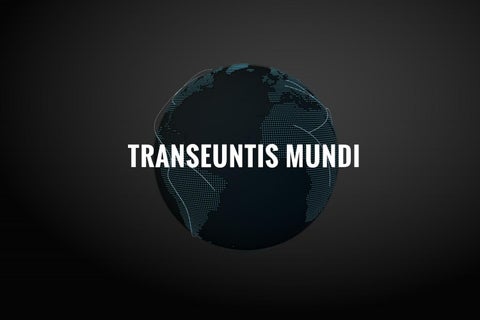 The Transeuntis Mundi Project The Transeuntis Mundi Project proposes to capture the sound and visual memory of peoples, cultures and cities to tell the story of the millenials passersby crossing the world. In this way, it portrays diversity, mobility and generates an archive of human cultural heritage, which circulates worldwide in a performative installation with immersive image and sound and VR. Human beings have always moved around the world as an ongoing migrational practice. In ancient times, humans were nomadic, traveling in search of food, shelter and safety. Since then, people have moved for many reasons, including economic, political, cultural, religious, environmental, war, pleasure or natural disasters. Mobility, as the impulse behind migration, is a phenomenon that interconnects many historical times and lands. From pastoralist approaches to farming that involved moving herds from one location to another, to the current immigrant movement of labor force, war refugees and the increase of the tourism industry, the practice of mobility is a fact that permeates all times and has a relevant impact on the science, culture, biology, according to Trifu and Terec-Vlad (2015). In providing a cultural response to one of the most signiďŹ cant socio-biological phenomenons of humanity, boundaries between arts have also been crossed and artists have been transforming compositional materials and methods, creating as an integral process in-between medias, also transcultural and transnational. According to Andrade (1928), â&#x20AC;&#x2DC;The migrations. The escape from tedious states. Against urban sclerosis. Against Conservatories, and tedious speculationâ&#x20AC;&#x2122; (p.9).

The methodology employs the documentation with immersive technology of pedestrians around the world. From this archive, it starts a process of creation of virtual reality works, videos, photographs, sound landscapes, musical compositions and performance, with the aim to immerse the observer/spectator into an experience beyond their space and time of existence. In short, it is a combination of knowledge, innovation and poetics, mediated by transmedia technology, capable of generating a set of emerging technology works supported by the processes of artistic research.

Transeuntis Mundi Virtual Reality Work Transeuntis Mundi VR is an immersive audiovisual work about the millennial passersby that has crossed the world. It is a journey through time and space investigating how mobility has been creating geographies and an actual transcultural and transnational humanity. It evokes the power of ancestry, identity and legacy by presenting a conceptual piece of new technology art in emerging medias - 3D audio and virtual reality. This way, it portrays the diversity of 4 countries from 4 continents, and it generates an archive of human cultural heritage to be watched nowadays and by future generations. This work has been developed since 2018 by the Colombian visual artist Gabriel Mario Velez and the Brazilian musician and transmedia creator CĂ˘ndida Borges, based in New York. Both artists have developed a long term international career and they blend their artistic interests and research goals around this transdisciplinary project.

“This main factor – the random – that is made explicit not only in the methods of producing the images, but also in the way the events surrounding this production occurred, in addition to the many coincidences that have been added to the discovery of the photographic archives that support the work.” Gabriel Mario Vélez

“The project has been recorded and developed since Sept 2018, and has already involved more than 10 trips by the team of researchers from various expertises. We seek to collect a group of cities that show human and cultural diversity. We use 360 technology for audio and video to record on the streets, trying to capture the ﬂow of people.” Cândida Borges

CÂNDIDA BORGES (Brazil – US) Cândida Borges is a Brazilian contemporary musician and transmedia artist – pianist, singer, songwriter, composer, performer, educator and Scholar. Currently she is a PhD Candidate in Arts at Plymouth University (UK, 2018), a visiting scholar at Columbia University (New York, US) and Universidad de Antioquia (Medellin, Colombia). Her works have been awarded and exhibited worldwide, such as the National Foundation of Arts in Brazil and New York Foundation for the Arts. Her compositions range from interdisciplinary pieces in video and performance to multiple albums, soundtracks, concerts and shows. Classically trained, she has been making music for ﬁlms, ballet, theater, collaborations with producers worldwide, and especially for her own career as a singer songwriter. As an educator and Scholar, Cândida has been an Associate Professor of Music for the Federal University of the State of Rio de Janeiro (UNIRIO) since 2009, and an invited Professor for international institutes, workshops, festivals and universities. She holds a Bachelor's degree (2000) and a Masters degree (2005) in Piano Performance from Rio de Janeiro Federal University (UFRJ) and Specialization in Electronic Music Production by SAE Institute NYC (2013). New York City based for a multicultural environment exploration in her PhD project, she has been exploring in arts the subjects of immigration, borders and new technology art. Her works can be known at www.candidaborges.com and www.candidamusic.com.

GABRIEL MARIO VÉLEZ (Colombia) Dean of the Antioquia University School of Arts (UdeA), Gabriel Mario is a visual and interdisciplinary artist, professor, and researcher from Colombia. Post-doctor from the National University of Córdoba (Argentina, 2011), Doctor/Master of Fine Arts from the Complutense University of Madrid (Spain, 2004) and Bachelor in Fine Arts from the University of Antioquia (Medellín/ Colombia, 1993). He teaches at the Graduate and Undergraduate Programs of Arts of the University of Antioquia, as well as a guest Professor for some other international programs. His artworks have been exhibited in solo and collective exhibitions, with special representation in Latin America at the Museum of Modern Arts in Medellín, the School of Cine of Buenos Aires (Argentina) and at the Artistic Development Center of Havana (Cuba). His artistic projects have been awarded worldwide and his texts have been published in books and magazines, such as the best-seller book “Photography as a Magical Device” (University of Medellín Press), “The Minimal Stories of the Anonymous Passerby” (Antioquia University Press), and “The death of subject and emerging subjectivity” (Cordoba University Press), presenting results from his postdoctoral thesis. His curriculum includes international conferences, awards, and nominations, as well as curations, social and artistic projects development and coordination. Among his main artistic projects, the “Transeuntes Medellín” and “Transeuntis Mundi” have been exhibited worldwide and was awarded funds from the City of Medellín and Antioquia University. His work can be known at. www.gabrielmariovelez.com

Places and Sounds The Transeuntis Mundi Gallery includes exclusive photographs from 4 countries in 4 continents to express human cultural heritage. This present version “DERIVE 01” brings transeuntis from Brazil, Colombia, England and United States, recorded during 2019 in the listed cities below: - 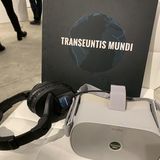