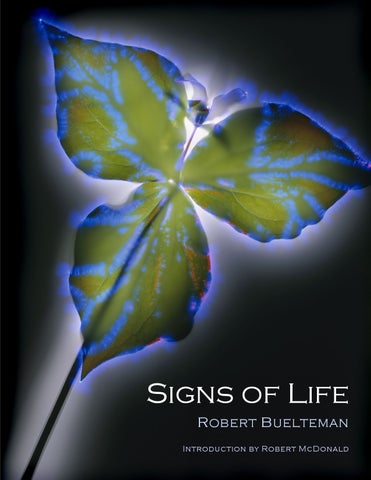 Dedicated to Dan and Sandra Bill and Sonja

My odyssey from landscape photographer to whatever I might be now is a story that, while not exceptional, is instructive as to the creation of the works that are contained in this book. In March of 1999, after returning from Italy supervising the printing of the book Eighteen Days in June, a portfolio of my black and white landscape images of the Djerassi Resident Artists Program, I returned to face frustration in my efforts to create a new distinction in the well-worn tradition of Western Landscape photography. After twenty-five years in landscape photography and three years working on the book, I elected to take another road trip to explore both inner and outer landscapes, this time to the Southwest. On a stunningly clear night in the Arizona desert not far from the Mexican border, my carefully designed life was undone by a simple realization: That my future would look like my past if I continued to follow the path I was on. In that moment out of time, I chose to cease my use of black and white film, cameras and lenses, and, as a means to simplify my creative vision, computers as well. Given my investment exploring landscape art, it was a surprising choice yet I knew I was on the right path when I awoke the following day as excited about life as I when I was a child. In the days that followed, wandering in the desert, I had dreams in which I saw extraordinary visions, images of life itself. So here it begins again, ten years later, creating another book to share my art and the gift its inspiration provides. ­— Robert Buelteman 2009

Robert Buelteman has plunged into a universe possessing an infinite variety of colors and shapes — from earthly to dazzling and minimal to complex. It is the natural, ubiquitous, lushly erotic zone of plants, all of whose characteristics, ranging from the subtle to the dramatic; from the modest to the flagrant, from the virginal to the sinister, are stratagems for the perpetuation of their species. Their distinctions include the reductive linearity of Pampas Grass, the balletic grace of the Calla Lily, the antique laciness of the Poison Hemlock, the ingenuous vulgarity of the Garland Chrysanthemum, and on and on. The theatrical glory of these images dissolves inhibitions about any descriptive terms that they might evoke. They come as close as possible for visual representations to give, as music does, direct expression to life’s flux. They are songs of life — quartets of art, science, imagination and skill. The cumulative effect of the poetic litany of their Latin nomenclature reinforces this musicality; Conium maculatum, Cirsium vulgare, Delairea odorata, Helianthus annuus, Avena fatua, Cortaderia selloana, Vitus vinifera . . . Photographers, through their medium, by painting, drawing, and writing with light, arrest moments of time, of flux. Artists of Buelteman’s caliber may be as much mediums of whatever divine presence exists as were the makers of cathedral windows. Buelteman, through his unique, innovative use of technology, preserves, in these works, the ephemeral beauty of plants — visual metaphors for human life and accompaniments of its ceremonies. These images inspire, as have his black-and-white landscapes in the past, more than a little awe.

This first portfolio, whose title was derived from an eponymous poem by Dylan Thomas, marks my initial foray into the world of cameraless imaging. Two years and three thousand sheets of film later, I had twenty-five images for exhibition, seven of which are included here.

In 2003, I was invited to be a guest at the Santa Fe Institute, a private, nonprofit, independent research center founded in 1984 to support multidisciplinary collaborations in the physical, biological, computational, and social sciences. With the Instituteâ&amp;#x20AC;&amp;#x2122;s support, I enjoyed the most productive time in my life, creating a portfolio of thirty-seven artworks inspired by the flora and landscape of the Sangre de Cristo Mountains.

Selected works from an evolving portfolio of plants from my garden and the lands of the historic Rancho Corral de Tierra south of the city of San Francisco where I make my home.

We hunger for transcendence, for awareness of a truth beyond the isolation we experience day-to-day, and will do just about anything to gain it. This has been the driving force of my work for as long as I can remember, to express those singular moments out of time when the wall between us and the rest of the world dissolves. This ordinary thirst for a deeper connection to life drives extraordinary behaviors. Mystics fast, mind-altering drugs are consumed, property is willfully surrendered, rational thought is suspended, and even life itself is put at risk, all for the promise of a taste of the divine. Ironically, sometimes it is this same desire that keeps us separate from the transcendent experience that we seek. Through my art, I have gained a profound understanding of life being present to the world as it is, without thought, without interpretation. Indeed, it seems that presence, the mind silent, the heart open, is the sole requirement for the experience of beauty. You donâ&amp;#x20AC;&amp;#x2122;t need to believe in heaven if you have ever seen a hummingbird.

I offer my appreciation and thanks to all the people who have enjoyed and supported my work over the years. Of particular significance — — Dan Miller and Sandra Marsh for their unyielding love and support — Bill and Sonja Davidow, without whom this body of work and my life in Santa Fe might not have been realized — Robert McDonald, my friend and mentor, whose guidance and counsel prepared me for the success my work now enjoys — The Santa Fe Institute, former President Robert Eisenstein, President Geoffrey West, and Vice President Chris Wood, whose invitation to be a part of their extraordinary community opened up a world of inspiration and friendship, allowing for the creation of the portfolio Sangre de Cristo — The Djerassi Resident Artists Program, where this book was designed during my winter residency in February 2009 Lastly, I want to thank my wife Julie, whose compassion and beauty have raised up my life and my art to where it is today.

Original limited edition prints of these images, printed by the photographer, are available in each of three sizes through the following galleries:

Signs of Life was printed by A&amp;I Books in Los Angeles, California on a Hewlett Packard Indigo 5000 digital press. The book was designed by Diane Dias and Robert Buelteman with pages typeset in Copperplate Gothic Light and Centaur MT typefaces. All reproductions are made from unaltered digital scans of the original film.

Robert Buelteman conjures up visions of a mad Dr. Frankenstein working feverishly in his laboratory as he describes his own elaborate process working with electricity to create his gloriously luminous botanical photographs. But where his fictional counterpart tried to reanimate dead tissue harnessing the power of nature, Buelteman, with no less intention to understand the mystery and laws at the heart of creation, uses the living pathways of plant cells and tissues to channel electricity into a wondrous display of light, color and energy. — Richard Pitnick, COLOR (2009) The theatrical glory of these images dissolves inhibitions about any descriptive terms that they might evoke. They come as close as possible for visual representations to give, as music does, direct expression to life’s flux. — Robert McDonald, Signs of Life (2009) Technically flawless and visually compelling, Buelteman’s work is at its strongest when aesthetic concerns are matched by an evocative, experimental edginess. — Barbara Morris, Artweek (2008) Buelteman’s works [possess] the intrigue of seeing otherwise hidden aspects of nature expressed in lyrical ways. Besides their obvious visual impacts, these works offer subliminal and gentle reminders of the fragility of nature and our responsibility to it. — Hollis Walker, Albuquerque Journal (2006) Buelteman has stretched the outside edge of the photographic envelope so far that his work no longer has much to do with the conventions of the field — shutter speed, film exposure, lens aperture — and everything to do with concepts like the relationship of spirit and consciousness. — Carol Greenhouse, New West (2005) 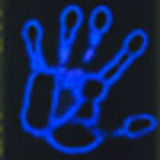