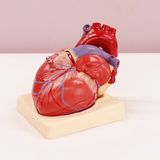 Bruce Stanko is an Erie, Pennsylvania, entrepreneur and business leader. Stanko, a semi-retired owner and CEO of national medical suppliers Corry National and US. Pharmacare Inc., is regarded as an accomplished corporate manager with an effective approach to team building, communication, and cultivating a productive work environment that is constantly conducive to innovation. Bruce Stanko has successfully obtained two medical patents during his career as a leading medical product designer and executive, including the telephonic pacemaker and single channel EKG monitoring equipment in 1992 and the electrocardiographic signal monitoring system in 1995. Stanko has also received numerous awards throughout his career as CEO, including the highly sought 1992 Pittsburgh Business Man of the Year for Patents and Accomplishments. Bruce Stanko earned his Bachelor of Science in Economics from the University of Pittsburgh prior to creating and growing two profitable enterprises. Stanko continued his education after gr