Warriors of the Aboriginal Resistance MANIFESTO 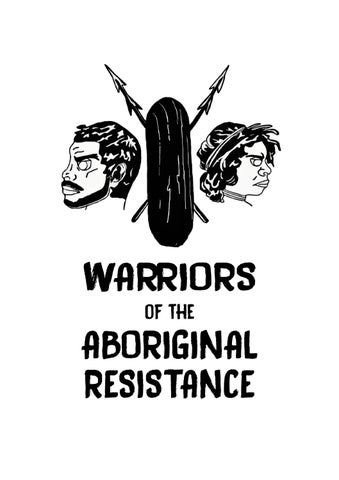 MANIFESTO Warriors of the Aboriginal Resistance (WAR) I.

The colonization of our lands and lives began with English invasion in 1788, an unprovoked and undeclared war, one nation against another nation. This war never ended. Consecutive Australian governments continue their assault on our inherent rights and responsibilities as the Indigenous peoples of this land. We’re under constant pressure to assimilate, to accept a colonized way of life, and to endorse the exploitation of our own lands. So where does this leave us today? This question finds its roots in our fundamental rights and responsibilities as the Indigenous people of the land they now call ‘Australia’. Our nationalism is the assertion of these rights and responsibilities, the manifestation of our nationhood. Bloodline connection to country gives us the inalienable right to our traditional territories, to political independence, and to maintain our cultures against assimilation. We have the right to land, life and liberty. But rights are nothing without responsibilities. Our responsibilities as Indigenous people are based in protecting and upholding the two most important relationships that exist – our relationship with land and our relationship with each other. Our ability to exercise these rights and fulfil these responsibilities is suppressed by another nation, a colonial nation, the Australian nation. Are we Australians? Are we members of a nation built upon the dispossession and bloodshed of our ancestors, the theft of Aboriginal land and the genocide of Aboriginal people? Which rights and responsibilities are core to the Australian identity? The Australian government claims citizenship is “an ongoing commitment to Australia and all that this country stands for”. We reject Australian citizenship. We reject the confines of a legal system that systematically discriminates against our families and communities on a daily basis. Under threat of fines and criminal convictions, we refuse to participate in elections dominated by two parties whose policies are one and the same in the oppression of Aboriginal people. We do not pledge our allegiance to fight in defense of a nation with a longstanding military tradition of subjugating Aboriginal people – from the frontier war violence to the Northern Territory ‘Intervention’ (2007) when the federal government deployed 600 soldiers in the Northern Territory to enforce apartheid law on Aboriginal communities. As well as purporting to stand up for equality, the Australian state claims to champion freedom of speech, expression, association, religion and secular government – liberal ideals serving only the interests of wealthy Whites with power and privilege. Whether it was the vote (1962) or being counted in the census (1967), chasing White equality in the civil rights agenda has done virtually nothing for Aboriginal people. We linger in a state of fourth worldness – a third world people living under the yoke of a first world nation, a nation that continues to deny us the right to determine our own futures in our own lands. Multimillion dollar ‘reconciliation’ and ‘recognition’ campaigns are simply distractions and do nothing to address this fundamental power imbalance.

Aboriginal people are incarcerated at five times the rate of Blacks under apartheid in South Africa, Australia leads the world in linguicide, and our life expectancy is still more than 10 years below that of Australians. The mining industry wreaks havoc on our lands and waters under the guise of “economic development” while John Howard’s racially discriminatory intervention into the Northern Territory has been extended for another decade. And we have no genuine representation inside or external to the powerful institutions of the Australian state. The best the Australian government wants is for us to be allowed to sit at their table, to learn to do as they do and abide by their rules. We will not identify with a flag drenched in the blood and suffering of our ancestors. We will not call the colonial nation’s Constitution our own, a document which excluded your people from the outset. We will not commemorate and glorify the sacrifice of Australian soldiers who fought in foreign wars while the sacrifice of hundreds of thousands of Aboriginal warriors defending our lands from British invasion goes untold. We will not sing an anthem which celebrates 226 years of violent colonization and makes no mention of our people’s rich history since the first sunrise. Like everybody else on this planet, we as Aboriginal people have the right to determine our political status. We can identify in whatever way we see fit. We have the right to embrace Australian citizenship, to capitulate. The question we must ask ourselves is whether we are content to exist as just another ethnic minority group assimilating into the body politic of a colonial state. We have long been conditioned and coerced into accepting our “special but not separate place” in John Howard’s “reconciled and indivisible” Australia. What happened to the days of freedom and independence? Did we consent to this colonial occupation, to the unyielding assault on our lands, lives and liberties? The question of nationalism is the fundamental question of the Aboriginal struggle. This is not a question of civil rights. The colonizer has never been civil, and they’ve never been right. This is a question of human rights, and human responsibilities. Fighting the ongoing colonization of our lands and lives, and reviving that which underpinned our societies prior to colonization – this is the manifestation of our nationalism. Because we refuse to be treated as aliens in our own lands, and because the only justice we will get is the justice we take. Belonging to a nation is about rights and responsibilities, and nations must fight for their self-determination. Resist. Revive. Decolonize.

WARRIORS: The warrior has a vital part to play in Aboriginal society. Prior to colonization, men and women had different roles and responsibilities within the clan, the tribe, and the nation. This is something we have always had, and something we still have. A warrior’s purpose is not to attack, but to protect and defend. Those who’ve gone before us defended our lands, lives and liberties against colonization – a fight we as young Aboriginal people must take up. ABORIGINAL: Colonization is a human problem, a problem that plagues all of us no matter where we’re from. However, it is imperative to know and understand that decolonization must start with Indigenous peoples. Here in so-called ‘Australia’, decolonization starts with us as Aboriginal people. We define ourselves by our country, and that which connects us to our country. But at the end of the day, when it comes to using generic terms to describe ourselves, they are all words from the English dictionary. We acknowledge this in using the term Aboriginal in our organization’s name. RESISTANCE: We continue to resist the invasion of our lands and the colonization of our lives, walking alongside the footsteps of those who’ve gone before us. Without resistance, the colonizer succeeds in their goal to assimilate us, to get a continent for free. WAR’s primary goal is to encourage a culture of resistance, to revive a warrior spirit in our people. Resistance and revival are inextricably linked. As our collective history and experience speaks of disconnection in various forms, the revival of that which underpinned our society prior to colonization is critical in bolstering our resistance.

How WAR Came About

The founding members of WAR are Bogaine Skuthorpe-Spearim, Callum Clayton-Dixon, Jade Slockee, Meriki Onus and Pekeri Ruska. We have been in talks for almost a year about forming a national grassroots alliance of young Aboriginal people committed to the cause of decolonization and Aboriginal Nationalism. The foundations of WAR laid out within this manifesto are the culmination of meetings over the past six months. This collective, officially launched at the Warriors of the Aboriginal Resistance Young Peoples Forum in Brisbane on November 12th, has been established so we can focus our responsibilities as young Aboriginal people.

A philosophy is a set of basic principles and concepts that shapes the way we look at our world. When we change our philosophy, we change our thought pattern. Changing our thought pattern changes our attitude. Once we change our attitude, it changes our behaviour pattern and our actions. There are many philosophies out there which have been applied to different people in different places and situations (e.g. socialism, feminism, capitalism). The philosophy of Aboriginal Nationalism is specific to us as Indigenous peoples seeking to decolonize. If we as Indigenous peoples refer to ourselves as nations, then we must talk about our nationhood and our nationalism. Aboriginal Nationalism is founded in two core principles – resistance and reconstruction (not mutually exclusive). Resistance is about fighting the ongoing colonization of our lands and lives. Reconstruction is about reviving that which underpinned our society prior to colonization. Simultaneously reactive and proactive, Aboriginal Nationalism is rooted in our fundamental rights and responsibilities as the Indigenous peoples of this land. The philosophy of Aboriginal Nationalism can be applied to both individual tribal nations and the pan-Aboriginal nation as a whole, finding strength in what makes us different and what connects us. When it comes to Aboriginal affairs, the interests of Australian

governments align with those of the corporate world. Their philosophy of colonialism finds its foundations in greed and racism. With the backing of big corporations (e.g. mining companies), Australian governments use a strategy of assimilation and suppression to deal with ‘the Aboriginal problem’. Aboriginal Nationalism provides a platform from which we can effectively combat colonialism. Unlike other philosophies, Aboriginal Nationalism is organic in the way that it stems from Aboriginal cultural values and applies specifically to our struggle as Indigenous peoples.

WAR sees colonization as a human problem, but the decolonization of ‘Australia’ begins with the Indigenous peoples of this land. The revolution must be organic. -

How WAR is Funded

WAR will remain completely independent of Australian government and corporate funding. Our activities will be financed via personal contributions from members and fundraising.

WAR has an exclusively Aboriginal membership. WAR’s membership consists of the WAR Council (responsible for determining WAR’s direction) and General Members. New members are admitted via consensus within the WAR Council. All members of WAR subscribe to the philosophy of Aboriginal Nationalism [as outlined in Article IV]. Non-Aboriginal people can support us, but cannot join us. WAR does not wish to work in isolation, and seeks to collaborate with other Aboriginal activist organizations sharing our values and objectives.

Decision Making Decision making is done via consensus within the WAR Council, and General Members contribute to decision making in a consultative capacity. WAR also seeks advice and guidance from a raft of veteran Aboriginal activists who contribute to decision making in a mentoring capacity. Decisions are made in line with the philosophy of Aboriginal Nationalism and WAR’s Charter of Principles [see Article V]. As a living document, the WAR Manifesto will grow and develop (amendments will be approved by the WAR Council).

Warriors of the Aboriginal Resistance MANIFESTO

We have been in talks for almost a year about forming a national grassroots alliance of young Aboriginal people committed to the cause of decolonization and Aboriginal Nationalism. The foundations of WAR laid out within this manifesto are the culmination of meetings over the past six months. This collective, officially launched at the Warriors of the Aboriginal Resistance Young Peoples Forum in Brisbane on November 12th, has been established so we can focus our responsibilities as young Aboriginal people. 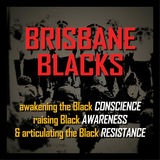