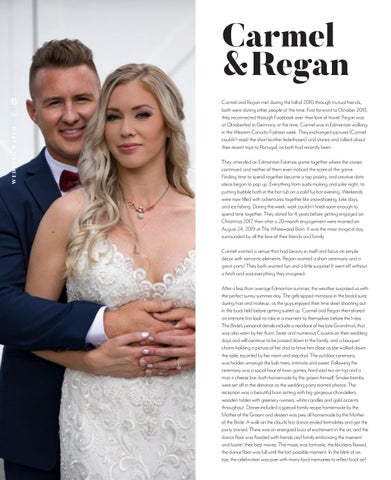 Carmel and Regan met during the fall of 2010 through mutual friends, both were dating other people at the time. Fast forward to October 2013, they reconnected through Facebook over their love of travel. Regan was at Oktoberfest in Germany at the time, Carmel was in Edmonton walking in the Western Canada Fashion week. They exchanged pictures (Carmel couldn&#39;t resist the short leather lederhosen) and stories and talked about their recent trips to Portugal, as both had recently been. They attended an Edmonton Eskimos game together where the stories continued and neither of them even noticed the score of the game. Finding time to spend together became a top priority, and creative date ideas began to pop up. Everything from sushi making and sake night, to putting bubble bath in the hot tub on a cold fur hat evening. Weekends were now filled with adventures together like snowshoeing, lake days, and ice fishing. During the week, work couldn’t finish soon enough to spend time together. They dated for 4 years before getting engaged on Christmas 2017, then after a 20-month engagement were married on August 24, 2019 at The Whitewood Barn. It was the most magical day, surrounded by all the love of their friends and family. Carmel wanted a venue that had beauty in itself and focus on simple décor with romantic elements. Regan wanted a short ceremony and a great party! They both wanted fun and a little surprise! It went off without a hitch and was everything they imagined. After a less than average Edmonton summer, the weather surprised us with the perfect sunny summer day. The girls sipped mimosas in the bridal suite during hair and makeup, as the guys enjoyed their time skeet shooting out in the back field before getting suited up. Carmel and Regan then shared an intimate first look to take in a moment to themselves before the I-dos. The Bride’s personal details include a necklace of her late Grandma’s that was also worn by her Aunt, Sister and numerous Cousins on their wedding days and will continue to be passed down in the family, and a bouquet charm holding a picture of her dad to have him close as she walked down the aisle, escorted by her mom and stepdad. The outdoor ceremony was hidden amongst the lush trees, intimate and sweet. Following the ceremony was a social hour of lawn games, hard iced tea on tap and a mac n cheese bar, both homemade by the groom himself. Smoke bombs were set off in the distance as the wedding party started photos. The reception was a beautiful barn setting with big gorgeous chandeliers, wooden tables with greenery runners, white candles and gold accents throughout. Dinner included a special family recipe homemade by the Mother of the Groom and dessert was pies all homemade by the Mother of the Bride. A walk on the clouds first dance ended formalities and got the party started. There was an energized buzz of excitement in the air, and the dance floor was flooded with friends and family embracing the moment and bustin’ their best moves. The music was fantastic, the libations flowed, the dance floor was full until the last possible moment. In the blink of an eye, the celebration was over with many fond memories to reflect back on! 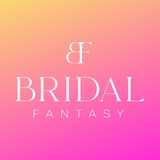