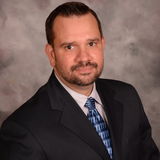 Brian Brijbag, based in Tampa, Florida, is the Director of Healthcare Compliance at Corin Group - USA. He is a medical anthropologist and public health expert with over two decades of experience in the healthcare industry. He began his career in 1999 as an IT consultant in doctors offices. From there, he moved up the ladder, fulfilling administrative positions, and eventually received venture capital to purchase a few medical clinics, which he managed from 2003 to 2007 before pursuing his undergraduate degrees. Recently, Brian earned his Juris Doctorate, allowing him to further pursue his interest in healthcare compliance.