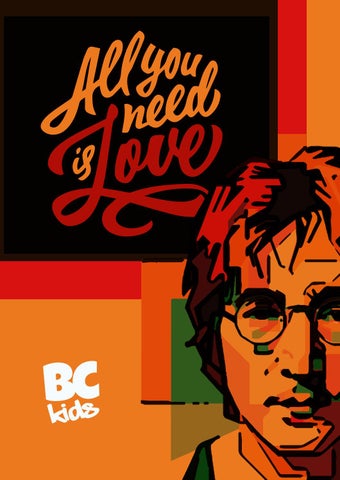 We knew deep down love had to be the driving factor for Breakfast Club. John Lennon was so right, back in 1967, when he said it’s all we need. While Breakfast Club has grown and evolved immensely, we’ve always had the same philosophy of not letting the pursuit of a perfect plan get in the way of taking positive action. Perfect love, over a perfect plan any day. As a white New Zealander working with nationalities very different to my own, I soon realised that it’s a huge misconception that you have to understand the culture of the people you are reaching out to. You just have to show them a spark they’ve never seen before, a love they’ve never seen before and a committed heart that refuses to give up. Our objective is, and always has been, to love these children back to health and stability, unconditionally and with no strings attached. It’s amazing how far that can take you.

What do we do? While the title would suggest we just provide cereal and toast for hungry kids, Breakfast Club has become so much more than that. Feeding children is always the most important issue to address in a struggling school, but it’s also a very useful vehicle for conversations to find out what is preventing individual students from learning and ascertain what can be done to help – it might be a lack of shoes, problems in the home, no money for sanitary products, no raincoats. The struggles some kids have, are beyond what many of us could ever imagine. Breakfast Club’s sole purpose is to find a way to assist our principals and teachers to get kids what they need so they can concentrate on learning and creating a better future for themselves. Founded by Steve Farrelly, an ex police officer with a soft spot for cheeky, hungry kids in 2010, Breakfast Club now has an amazing team of volunteers and supporters, who help every day in a million different ways.

“Now our students have such a sense of belonging and pride and are achieving so much more than we ever thought possible.” Jono Hendricks, Principal, Glen Innes School

10 Years of BC Kids What started with eight kids needing breakfast in a school in South Auckland has expanded beyond the imagination of anyone involved in Breakfast Club Kids. What hasn’t changed over the course of nearly a decade, is the philosophy that has driven everything from the start. Loving children back to health and stability has always been at the root of everything Steve and the team have done and this will carry us into the future too. We can’t quite believe how much we’ve grown, and the raft of unexpected knock on effects that have come from all our initiatives. Bring on the next ten!

The whole amazing ride that has been BC Kids started in Randwick Park School, a decile-one primary school in Manurewa. Steve was helping a friend get rid of some surplus school books and found out Randwick might need them. As he was dropping them off he mentioned wanting to help in other ways and on the 10 July 2010 he set up his first breakfast club, for just eight kids. This quickly grew to 70 children in 12 months.

Y SUPPORT What started as just feeding hu ngry kids, soon help as BC volu expanded into nteers spoke to other forms of children and fo in some homes und out what el . se was going on * * * *

As word spread further and media coverage increased, even more supporters came on board and BC started to incorporate other schools in a different part of town. * NZ Herald published a 2000 word article on the BC journey so far * With support from Rotary Epsom, BC’s first Sports Academy started at Randwick Park School * BC supplied sports uniforms to students in the Randwick Park School Sports Academy * Shoe Clinic Manukau started supporting BC with footwear * BC expanded to Glen Innes School with 25 children in the first session * BC also started at St Pius X School * A Foodbank base was created at Glen Innes School * BC hosted its first Christmas Banquet at Glen Innes School for 150 guests * Eastridge New World became a major partner

BC KIDS ON TV

were even on TV!

need was starting to take its toll iances and other help for those in appl , food ering deliv town nd arou Riding the now well-known BC van. kind soul stepped in to help with vehicles. Thank goodness a very * * * * * * *

us donor and Empire Electrical BC van was donated by an anonymo est offered support Shoe Clinic Sylvia Park and KiwiHarv van the on Hubbards sponsored signwriting at Glen Innes School ents stud or Polo shirts were supplied to seni s School for Matariki Festival Inne Glen at BC hosted a hangi for 250 students his sporting scholarship student, Te Ahiwaru, and supported BC started sponsoring St Kentigern 200 families BC hosted a Christmas Store for

THE BC FAMILY GROWS

Six years in, Breakfast Club had really gained some momentum - with a team of wider supporters just waiting to hear how they could help next * Polo Shirts were donated for Glen Innes and Glen Taylor Schools * HealthPak and ACCO offered their support * $1 million in donations was raised * * * *

* Tamaki and Te Kohanga Sch ools were added to the list of schools receiving support * Sports bras were supplied for girls at Glen Innes School * Sanitary products were rece ived from St Kentigern for our schools, including Alfriston Coll ege * $2000 of school bus expe nses were donated to Glen Inne s and Glen Taylor School Sports Camps * Christmas Shoebox increase d the number of presents to cater for 1500 children * The Christmas Store added Mr. Whippy, bouncy castles and Cafe2U to festivities, we raised $16,000 to put on an unforgettable event for families

everyd come, have fun and leave with Christmas Store where families coul run BC a now was er, dinn a this for as What started in 2013 was the biggest, where we provided complete with presents. This year er, dinn tmas Chris tiful beau a thing they needed for 250 families * * * * * * *

In just ten years BC has gone from Weetbix and toast for eight children to a wealth of support for numerous schools and foodbanks. We can’t even imagine how many more people we can help in the next decade * * * * *

Reading increase from 46 to 71 percent

National Standard rise in Mathematics from 26 to 46 percent

Real Impact While Breakfast Club never started with many goals other than enabling kids to get to school and learn, the tangible difference we have made across seven schools has been beyond anything we could have ever imagined. No one can express this better than our Principals.

“At Glen Taylor we have seen a huge rise in attendance from our senior students, now in the ninetieth percentile compared to National Average of 66 per cent, a reading cohort increase from 46 to 71 per cent and a National Standard in Mathematics rise from 26 to 46 percent - and all of this since Breakfast Club came to our school, and brought all its other initiatives with it. What may seem like simple things to some (like providing polo shirts for our senior kids) make a real difference to how students and their families feel about themselves and this has the power to make an enormous tangible difference to academic and attendance outcomes. We are so grateful.” Chris Herlihy, Principal, Glen Taylor School

“When Steve first brought Breakfast Club to our school we had no idea what kind of changes we could expect, aside from kids being able to concentrate with fuller tummies. The results have been astounding and while feeding the kids has helped, it’s everything that has come with it too. Steve has helped secure uniforms for our senior children, shoes, a Garden to Table program, sports camps, the Christmas Store, sports bras, sanitary products and so much more. We’re a socio-economically challenged area and government funding will only cover so much. Now our students have such a sense of belonging and pride and are achieving so much more than we ever thought possible.” Jono Hendricks, Principal, Glen Innes School