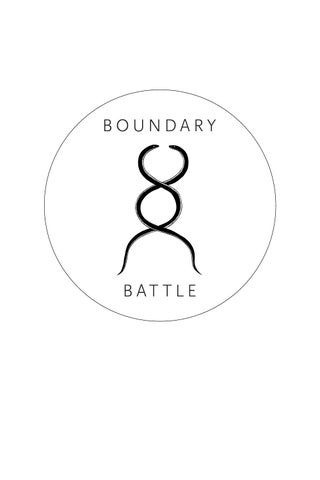 Why is it that globalization has so often been discussed from sociological, political, and economic points of view, but almost never from an aesthetic perspective? â&amp;#x20AC;&amp;#x201D; Nicolas Bourriaud

RedLineâ&amp;#x20AC;&amp;#x2122;s theme for 2013, She Crossed the Line, is a call to address the most pressing socio-political issues we face today. Rather than focusing solely on feminism, Boundary Battle examines the mediating effect of late capitalism and technology on over-consumption, displacement and the rise of hybrid identities within contemporary visual culture. BOUNDARY BATTLE presents 13 artists working across disciplines whose work examines a proximal interplay between the fluidity of identity and our current global culture of commodification and consumption. Many of the works in the exhibition rely on material-based practices of addition and multiplication, most of which are abstract works produced from worn fabric, scraps of trash, and varied found and forgotten objects. The collaged-nature of these works speak very clearly about the impetus and necessity to re-use and appropriate on a material (and digital) level. These works truly are a sum of their parts. If you look just beyond its formal structure, then one can begin to see the implied history of each component, and understand that the image is a complex aggregate of its many parts. These works acknowledge and then subvert the products of our capitalist-driven, mass-produced culture. In this sense, the material practice of re-use and appropriation is in many ways a political choice that speaks to the economics of our culture. As we have seen under postmodernismâ&amp;#x20AC;Śthe notion of totality has been replaced by multiplicities which do not add up...we live today in the age of partial objects, bricks that have been shattered to bits, and leftoversâ&amp;#x20AC;Ś In this environment, any attempt to produce a visual culture that is critical or political is rendered useless, because the tentacles of capital can turn everything into a commodity.*

Other, more representational works featured in the exhibition depict the interior, personal struggle of humanity. These works explore the respective value of both individuality and the abstract representation of collective identity. The question of identity posed by RedLine, to re-examine classic feminism, is answered through the works on display, which critically engage the issue of desire and commodification from the age of technological saturation and boundless capital. CONTEXT Contemporary…art, they say, is “postmodern” or even “altermodern;”…art is no longer confined by…boundaries… Artists are now concerned with “hybridities,” “migratory aesthetics,” and other exotic mixtures of identities, cultures and places… The only requirement is that the art be understood at once as national and international. But what does the art express? What is the signif icance of our moment, as it is ref lected in the art? † Throughout modernism, cultural theorists and art critics (Adorno, Debord, and later Jameson, etc) railed against the “culture industry” and questioned whether it was possible for anything to be truly political when everything, including the voice of opposition, becomes commodified. That conversation is now 100 years old and today we live in a McWorld where every viewpoint is aggressively marketed to targeted audiences with supporting products that represent your ideological morals. Opposition is just the other brand. We turn to social media to proudly polish our individuality, where we can post our momentary feelings and cite sources from any moment in time from the great archival internet. It is no surprise that the most watched video on

the internet is “Gangnam Style” (PSY, 2012). With over 2 billion views, the musical video is a nonsensical celebration of the wealthy youth class of the Gangnam district in South Korea. Our visual culture is simply not concerned with issues of representation. We care about the façade and less so what is underneath. Today, meanings change and shift at a staggering rate, not seen in any other period of history. Our global culture would very much like us all to believe that meaning is dependent on value. However, individuals and communities, entire nations are valued according to an economic scale that has little relationship with who we are as people. In many respects the media culture of the late twentieth century simulates schizoid experience. The rapid fire succession of signifiers in MTV style media recodes the viewer’s sense of temporal continuity…images are isolated, disconnected, discontinuous material signifiers which fail to link up in to a coherent sequence.” . The acceleration of visual culture promotes the hyper-consumption associated with latecapitalism…this type of acceleration encourages weak egos that are easily formed, and fade away just as easily.‡ One of the defining characteristics of contemporary art is its freedom to re-use the seemingly unending barrage of images produced by our visual culture to produce a new image that acknowledges itself yet resides autonomously. What we traditionally call reality is in fact a simple montage… the aesthetic challenge of contemporary art resides in recomposing that montage…artists manipulate social forms, reorganize them and incorporate them in original scenarios, deconstructing the script on which the illusory legitimacy of those scenarios was grounded. §

The larger question that remains is whether we are simply fetishizing the Other, whether our mash-up strategy truly releases us from the tentacles of the “culture industry”? The only answer I have is found in the works on view, all of which have an honesty and integrity that is crucial to any form of representation and criticism. These works give me hope that above the din of the cash register, and past the projection of our self, there is a staggeringly complex and beautiful image of this moment in time amidst constantly shifting boundaries. CONTENT Benjamin Berg’s vibrant work, $ (0 X24), is an animated series of jpgs of a dollar sign ($) that were compressed, each pixel having been manipulated and assigned a numerical value. The altered images were then stacked one after another to form a dizzying animation of the almighty US dollar. Carrie Dickason’s totem of commerce, Scatter Tube, made from discarded plastic packaging, confronts the reality that the food we eat, the clothes we wear and the materials we purchase are implicitly political. Carla Edwards’ meditative works, Untitled (2011) and Untitled (2014), both made from recycled and then modified American flags, examine the power of cultural symbols and the role of manual labor to define the story of individuals and their history.

Robert Hardgrave’s spontaneous collage-based works, Retirement Fund (2014) and Liquefaction (2014) depict uneasy figures and shattered landscapes, respectively. Made from “cannibalized drawings”, Hardgrave’s works are truly an amalgam of the subconscious. David Hendren is an LA-based artist who’s deconstructed, gestural works expressively layer materials and vocabularies. Untitled Score #5 (2013), a small drawing of a figure in graphite, and Mask 1 (2013), a human sized sculpture of a head and face in wood, glass, wire, and paint, are simultaneously reminiscent of both Cubist and Minimalist ways of representation. Maura Jasper’s, Items Found By Transportation By Gary L. Moses II (2012), is an archive of forgotten personal effects left on Ball State University public transportation. The chapbook and images (taken by photographer Jacinda Russell) serves as a study of the increasingly widening circles of influence that objects carry from mass-produced manufacturing to personal ownership and on to public waste and possible re-use. The book is a portrait of kindness in Muncie, Indiana and a snapshot of American values. Sasha Krieger’s works, Books I Have Read (2014), a documentary photograph of books the artist has read, and Soliloquy (2011), a video of excerpts from films showing a solitary figure helplessly and hopelessly calling out “Hello?” into space, without response, save the echo of their own voice, serve as a digital collages of personal belonging and the innate need to communicate your place with others.

Postcommodity, a social activist artist collective based out of Arizona, make videos that address the shadow of colonialism among Native Americans. It’s my Second Home, But I have a Very Spiritual Connection With This Place, shows people in translation and places where borders are constantly moving. Brian Schnelle’s powerful collage-based painting, Fade In (2010), is a searing indictment of American consumer culture. Schnelle’s work is an unapologetically political and carefully crafted image of capitalist identity. Laura Shill’s works, Untitled Performance #21 and Untitled Performance #71 (both 2012), documentary-style, performance photographs depict figures wrapped and entirely obscured in reclaimed textiles. Concealing the figure in this manner is historically grounded in 19th century tintypes of hidden mothers. Ian Ruffino’s sewn fabric painting, Untitled Fiction #4 (2013), made of the artists’ clothes, is a masterful rumination on façade, personal memory and the power of our belongings Maja Ruznic’s haunting portraits of displaced figures, Bone Collector (2014), The Argument II (2014), and The Man Who Could Not Remember (2014), exude a depth of intimacy and rawness, captured in the immediacy of loose washes of ink. Nyugen Smith’s, Untitled Sled with Belongings #1 (2009), a portable sled packed with found materials, is a resilient object of longing and desire for community and home. —Mary VanWassenhove ■ 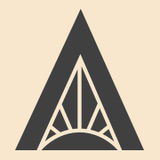