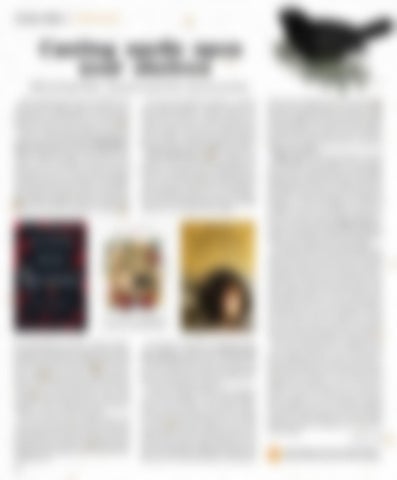 Casting spells upon your shelves Wild and wicked women—long may we praise them. Long may we be them. Three magical tales mine the rebellion and persecution of willful women in America’s past and present to chilling effect. If you have any feminist leanings, these books will inflame them. If you don’t, these books may incite them. There’s a fascinating interplay of past and present, and fiction and reality, in Plain Bad Heroines (William Morrow, $27.99, 9780062942852), Emily M. Danforth’s debut novel for adults. Two stories unfold in parallel. One begins shortly after the turn of the 20th century, when the scandalous and not-so-subtly titled bestselling book I Await the Devil’s Coming—an incredible, quotable and, best of all, real piece of queer history—ignites a dangerous fervor at a tony Rhode Island school for girls. The book’s author, Mary MacLane, writes about ambition, sensuality and

Alas, the curse doesn’t end there. A century later, another rebellious teenager becomes obsessed with MacLane, as well as with Flo and Clara’s story, and writes a history that gets optioned for film. This second storyline focuses on the conflicts and passions surrounding the film’s production, which is plagued by some of the same omens that bedeviled Clara and Flo. Plain Bad Heroines is smart, feminist and funny (as well as beautifully illustrated by Sara Lautman), and invites more psychological reflection than fright despite its significant body count. A sense of dread builds, then dissipates and builds again, without ever truly finding release. Danforth propels her story not with scary moments but with beautiful writing, indelible characters and complex relationships.

lust, including her attraction to other women. Two girls in particular, Clara and Flo, become gloriously, passionately entangled with the book and with each other. They see themselves in the text in ways they never have before, and they form a club to honor MacLane. When MacLane writes, “Do you think a man is the only creature with whom one may fall in love?” and “I wish someone would write a book about a plain, bad heroine so that I might feel in real sympathy with her,” it is easy to see the appeal. But the book becomes both talisman and curse. Soon Flo, Clara and another classmate end up dead, all three found with the same copy of the infamous red book, leaving the school’s principal and her partner to sort through what happened and manage both the guilt and the ongoing threat.

In contrast to Danforth’s metafictional take, Alix E. Harrow’s second novel, The Once and Future Witches (Redhook, $28, 9780316422048) is a more traditional witches’ tale. Magic and history abound in this suspenseful saga, which boasts an impressively rich and notably inclusive cast of secondary characters. In 1893, put off by the elitism and stodginess of the local suffragists, three long-estranged sisters reunite to form a more inclusive movement for women’s rights, one that encourages the embrace of their magical powers. In doing so, the Eastwood sisters make an enemy of a dangerously overzealous politician who is both more and less than he seems. Witchcraft is far from the only activity Gideon Hill wants to suppress. He criminalizes suffragists, unionists and all manner of “unnatural women” and threatens

anyone who would give them aid. The only thing the women he targets have in common is their refusal to cooperate with the powers that be. Still, they unite against the common threat, sparking a magical battle royal in the town of New Salem. Fairy-tale elements and the sisters’ tentative, tender steps toward forgiving past wounds add depth to the struggle. Magic Lessons (Simon &amp; Schuster, $27.99, 9781982108847), Alice Hoffman’s new prequel to her beloved 1995 bestseller, Practical Magic, organizes its strong feminist themes organically. Heartbreaking and heart-healing, this intense and gorgeous novel answers a unique question: How does a bastard and orphan, criminal and daughter of a witch, dropped in the middle of a forgotten spot in the Caribbean, grow up to become a heroine and mother in Massachusetts? Lush and enchanting, Magic Lessons reveals the nearly tragic but ultimately triumphant origin story of Maria, matriarch of the illustrious Owens clan introduced in Practical Magic. As an infant, Maria was found abandoned in a field. By the age of 19, she had witnessed ample evidence of love’s destructive power in the lives of countless women who were beaten, betrayed, bought and sold by men who should have protected them. Maria’s birth mother had to give up her child to protect her from her father, who supposedly loved her too much. Maria’s adoptive mother, Hannah, was accused of being an abomination by a man she thought loved her. So when Maria meets the right man, a good man who only wants to love her, she doesn’t trust him. Plus, she’s already met the wrong one, who cemented her distaste for romantic love. This is an impressive tale—equal parts love story, history and horror. One of the novel’s most terrifying aspects is that, much like Nathaniel Hawthorne’s The Scarlet Letter, this fictional tale is grounded in the well-documented persecution of women in 17th-century New England. Eventually love wins out, but that is only one part of a broader story in which an abused, neglected and discounted woman rises, finding a way to save herself, safeguard her family for generations and make systemic change for others along the way. The whole thing is absolutely riveting and rewarding from start to finish. —Carole V. Bell Visit BookPage.com to read a Q&amp;A with Alix E. Harrow, author of The Once and Future Witches. 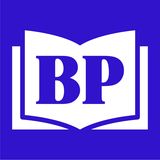