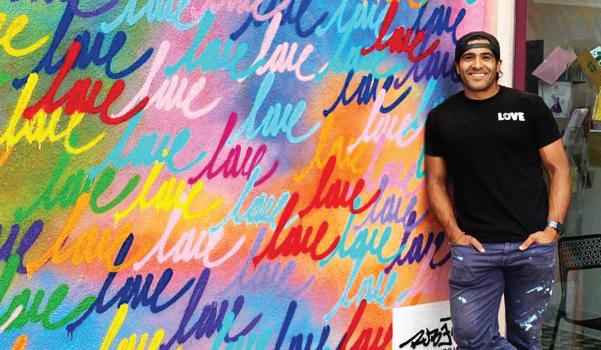 To call Georgie Porgie hard working would be an understatement, like I dunno…saying nuns like to wear black. Georgie… producer, singer, DJ, epicurean, CEO of America’s longest-running dance music label (Music Plant Records), and all-around nice guy, embodies a type of raw energy and talent that only seems to come from hotspots like Chicago, New York, or London. From slipping into clubs at 16 and getting his first gigs in Chicago’s biggest clubs (before he could even legally walk through the door) to not only figuring out how to keep performing throughout the pandemic but even growing his label and artist roster, while releasing multiple singles every month.

Having figured out streamed events, Georgie has been developing a TV chat show featuring real one-on-one conversations with musicians, stars, and quests of all kinds. Keep an eye out on his social media profiles for updates/launch dates, as this is something I know you’re going to want to see! But that’s not why you’re here, so on that note, let’s jump into the music.

Some standouts from the last couple of months include rocky B’s – Feel So Right, packing a stomping combination of disco and soul reminiscent of the Jacksons and stevie Wonder. Georgie’s – You Belong, featuring a bassline and vocal hook that you simply can’t get enough of. Seriously, this is a musical thirst trap if I’ve ever heard one. Georgie’s – Make Me Love Ya is a brilliant, jangling, funky medley, fusing at times, pure pop, disco, and funk with a deep grinding groove that to me, is some of house’s best.

By the time this goes to press, Georgie’s latest single with dawna Montell – Love Somebody will have hit the shelves. Expertly crafted as you’d expect from a pioneer like Georgie, this is the epitome of funky, soulful house, blending funk and disco in perfect amounts.

Two other collaborations to watch out for over the coming weeks…Georgie Porgie and Imani Vanzap (America’s favorite Auntie) and Georgie Porgie and Glenn Friscia with none other than the incredible dominique Jackson. Based on what I’ve heard from Georgie’s other recent collaborations, we’re in for some seriously fun, pounding grooves with more glitz and glamour than you could shake a disco ball at.

And yep, I’m gonna wrap on a touch of shameless promotion. By the time this goes to print, my latest single Chopin’s Nightmare will also be out. Chopin’s Nightmare is a dirty, grinding big room techno track with a juxtaposition of quirky dark and angelic sounds.

Nicky Roland is a house music producer originally from the UK, now based in Denver, CO.

This story is from:
boiMAG.com "Market Days"
by Life+Style =boiMAG.com