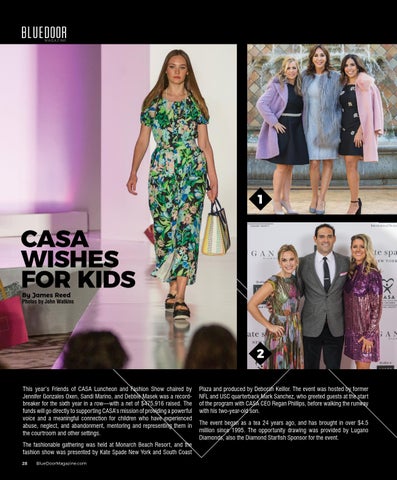 2 This year’s Friends of CASA Luncheon and Fashion Show chaired by Jennifer Gonzales Oxen, Sandi Marino, and Debbie Masek was a recordbreaker for the sixth year in a row—with a net of $475,916 raised. The funds will go directly to supporting CASA’s mission of providing a powerful voice and a meaningful connection for children who have experienced abuse, neglect, and abandonment, mentoring and representing them in the courtroom and other settings. The fashionable gathering was held at Monarch Beach Resort, and the fashion show was presented by Kate Spade New York and South Coast 28

Plaza and produced by Deborah Keillor. The event was hosted by former NFL and USC quarterback Mark Sanchez, who greeted guests at the start of the program with CASA CEO Regan Phillips, before walking the runway with his two-year-old son. The event began as a tea 24 years ago, and has brought in over $4.5 million since 1995. The opportunity drawing was provided by Lugano Diamonds, also the Diamond Starfish Sponsor for the event. 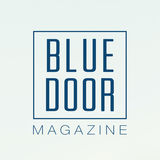