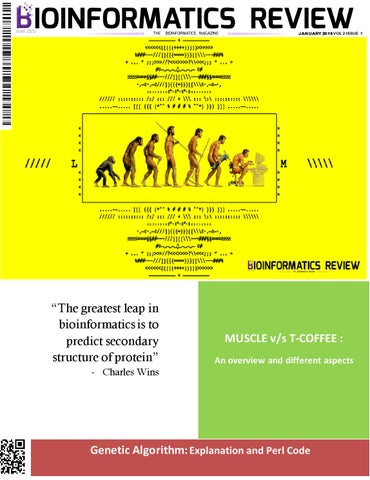 EDITORIAL: Welcoming BiR in its 2nd year Bioinformatics, being one of the best field in terms of future prospect, lacks one thing - a news source. For there are a lot of journals publishing a large number of quality research on a variety of topics such as genome analysis, algorithms, sequence analysis etc., they merely get any notice in the popular press.

One reason behind this, rather disturbing trend, is that there are very few people who can successfully read a research paper and make a news out of it. Plus, the bioinformatics community has not been yet introduced to research reporting. These factors are common to every relatively new (and rising) discipline such as bioinformatics. Although there are a number of science reporting websites and portals, very few accept entries from their audience, which is expected to have expertise in some or the other field. Bioinformatics Review has been conceptualized to address all these concerns. We will provide an insight into the bioinformatics - as an industry and as a research discipline. We will post new developments in bioinformatics, latest research. We will also accept entries from our audience and if possible, we will also award them. To create an ecosystem of bioinformatics research reporting, we will engage all kind of people involved in bioinformatics - Students, professors, instructors and industries. We will also provide a free job listing service for anyone who can benefit out of it.

igh throughput sequencing is most widely used as it saves a lot of time and provide good results, and produces a huge amount of data which is difficult to manage and especially the tasks and operations performed on it are also very difficult. To ease this purpose, a Python framework have been introduced by Simon Anders and team members, this framework is known as “HTSeq”.HTSeq is a Python library which easily develops the scripts required to fulfill a particular task on the HT data. Basically,HTSeq reads various formats and break it down into recognized strings of characters for further analysis. It also

the record class SequenceWithQualities is used whenever sequencing read with base-call qualities needs to be presented, and hence yielded by the FastqParser class and also present as a field in the SAM_Alignment objects yielded by SAM_Reader or BAM_Reader parser objects (Fig. 1). There are some specific classes to represent Genomic Position and Genomic Intervals of the sequence. In order to achieve good performance, various parts of HTSeq is written in ‘Cython’ ( a tool which translates Python code augmented with C).

Fig. 1. ( a) The SAM_Alignment class as an example of an HTSeq data record: subsets of the content are bundled in object-valued fields, using classes (here SequenceWithQualities and GenomicInterval) that are also used in other data records to provide a common view on diverse data types. ( b) The cigar field in a SAM_alignment object presents the detailed structure of a read alignment as a list of CigarOperation. This allows for convenient downstream processing of complicated alignment structures, such as the one given by the cigar string on top and illustrated in the middle. Five CigarOperation objects, with slots for the columns of the table (bottom) provide the data from the cigar string, along with the inferred coordinates of the affected regions in read (â&#x20AC;&#x2DC;queryâ&#x20AC;&#x2122;) and reference. HTSeq also consists of a class which deals with the gapped alignments,

namelySAM_Alignment, with multipl e alignments and with paired-end data. HTSeq provides a function,pair_SAM_alignments_with _buffer, to pair up the alignment records by keeping a buffer of reads whose end pair has not yet been found, and so facilitates processing data on the level of sequenced fragments rather than reads. HTSeq also facilitates the storage of genome-position-dependent data, which means that each base pair position on the genome can be given a particular value that can be easily stored and retrieved by simply entering the same value. The script htseq-qa is a simple tool for initial quality assessment of sequencing runs. It produces plots that summarize the nucleotide compositions of the positions in the read and the base-call qualities. As we discussed earlier in this article that htseq-count is a tool for RNASeq data analysis. It counts for each gene that how many aligned reads overlap the sequence exons. Since it is designed specifically to analyse differential expression only reads mapping unambiguously to a single gene are considered and the reads aligned to multiple positions or overlapping with more than one gene are discarded. In case of paired-end data, htseq-count counts only the fragment not the reads because the

two paired ends originating from the same fragment provide only evidence for one cDNA fragment and should hence be counted only once. In this way, HTSeq offers a comprehensive solution to facilitate a wide range of programming tasks in HTS data analysis. For further reading, click here. Note: An exhaustive list of references for this article is available with the author and is available on personal request, for more details write tomuniba@bioinformaticsreview.co m

Natural Selection and Genetic Inheritance and tries to mimic the biological evolution. It falls under the category of algorithms known asEvolutionary Algorithms. It can be used to find solution to the hard problems where we don’t know much about the search space. Let us understand how genetic algorithm works. For this, let us consider a cancer associated gene expression matrix. This matrix contains all the known genes found in human being and their level of expression. For a given problem, the genetic algorithm works by maintaining a set of candidate solutions and then applies three operators over them – Selection, Recombination and

Mutation, which are collectively known as stochastic operator. 

Selection: In nature, if an organism is adapted to the environment, its population will grow relative to its quality of adaptation. This is referred to as selection. It means if a solution meets the conditional constraints, it is replicated at a rate which is proportional to the relative quality.

Recombination: In nature, two similar chromosomes of the surviving individual exchange genes during sexual reproduction in a process known as Crossing Over. In GA we decompose two distinct solutions and randomly mix

Mutation: Random changes in an existing chromosome may lead to some fitter individual. This concept is utilized to randomly perturbs a candidate solution

Mutate: It mutates a chromosome at random position with a random value less than specified in $HighestMutationValue

Survival Check: It checks if the newly formed chromosome is viable. i.e. It has a value that is upto a minimum specification. (Checking for fitness)

Recombine: It will form new combinations from existing chromosome by crossing them over with each other.

1. produce an initial population of individuals 2. evaluate the fitness of all individuals 3. while termination condition not met do 4. select fitter individuals for reproduction 5. recombine between individuals

The program We are going to implement the Genetic Algorithm and write a program in Perl for it. Although not purely applicable to a real life problem, but it should be sufficient to familiarize you with Genetic Algorithm.

Suppose that you had a set of Gene expression data. The data is for all 25000 genes in the human genome and you want to find out what are the five values among all 25000 values whose sum can give you the highest number.

For the purpose of this program we will require four subroutines:

print "The Total Genes are: $genes\n";

6. mutate individuals 7. evaluate the fitness of the modified individuals 8. generate a new population

The Code If you wish, you can download the Perl code on GitHubhttps://github.com/bioinform aticsreview /geneticalgorithm So here is the final code implementing Genetic Algorithm in Perl:

print "The Recombination led to @chromosome";

s I have discussed in my earlier articles about the multiple sequence alignment (MSA) tools (MUSCLE & T-COFFEE). Now in this article, we will discuss different aspects of these tools and which one is more preferred over the another. MUSCLE and T-COFFEE both are multiple sequence alignment tools and also helps to study the evolutionary relationships among the species.As I have already explained the algorithms involved in both the tools which are comparable. During the alignment using MUSCLE, it uses the UPGMA tree construction method which assumes that mutation occurs at the constant rate. This may be a fact which makes it different from other tools. On the positive side, MUSCLE is a tool which is known for its speed and accuracy on each of the four

benchmark test sets ( BAliBASE, SABmark, SMART and PREFAB). It is much faster than other MSA tools. MUSCLE also uses a progressive alignment which is iterated while it gets a better SP score (explained in “Basic concept of MSA” article). T-COFFEE is an improvisation over MUSCLE in the sense that it combines both global and local alignments which provides better results and it also qualifies the four benchmark tests. Second thing which makes it better than other tools is that it uses an optimization method which provides the multiple alignment that best fits in the input library. T-COFFEE also uses progressive alignment strategy similar to MUSCLE, but unlike MUSCLE, T-COFFEE uses Neighbor Joining tree construction method during alignment which corrects the assumption of UPGMA method and

assumes that mutation never occurs at a constant rate. Let us take protein sequences of ‘Keratin’ protein of few species and align them using both the tools and construct the respective phylogeny trees. In this example, I have taken FASTA sequences of:Homo sapiens (GI: 7717238) , Paralichthys olivaceus (GI: 10716084), Pseudomonas viridiflava (GI: 934022154) andPseudomonas aeruginosa (GI: 856785229). The results are as follows: As we have seen both the trees are slight different. The sequence of Paralichthys olivaceus is placed below to that of Homo sapiens, but it is placed above in tree constructed by T-COFFEE. Similarly, this is case with other two species. This is how MUSCLE & T-COFFEE are different from each other.

uses global alignment only, but TCOFFEE uses both. Note:

author and is available on personal request, for more details write tomuniba@bioinformaticsreview.co m.

Active learning iteratively builds a model for drug-target interactions. Instead of relying on large training data sets as performed manually, the active learning procedure increases the training set step wise. Thus, the time and experimental cost is reduced and it is only spent on improving the model rather than for the verification of a specific model which even may not be the desired outcome or suits the specifications under consideration.

The active learning strategy starts with an initialization step in which an interaction matrix for drug and target is formed. With the help of this matrix subset of known labels for the the drug and target kernels Kd and Kt respectively are provided.

Each training round has a specific time point and is measured by the number of experiments performed. For each time point the accuracy of the model is predicted by using various methods. The process is stopped on some conditions, for example, if a certain budget for performing experiments is reached or the predicted accuracy of the model is high enough.

This is the basic idea for active learning applied in drug-target predictions. It saves a lot of time and cost involved in performing experiments in vitro. For further reading click here Note: An exhaustive list of references for this article is available with the author and is available on personal request, for more details write to muniba@bioinformaticsreview.com

. Subscribe to Bioinformatics Review newsletter to get the latest post in your mailbox and never miss out on any of your favorite topics. 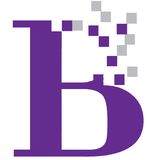