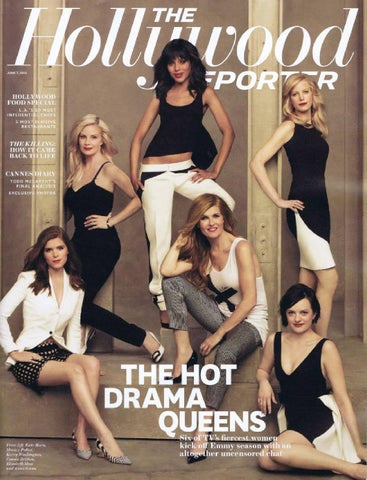 The counter extends from inside to outside almost seamlessly via hidden pocket doors. “The indoor-outdoor lifestyle has certainly come into the kitchen,” says Nimmo, who designed this kitchen and outdoor entertaining area for a client in Ventura, Calif.

L.A.’s top designers are making kitchens even more the hub of the house, with such tricks as serious furniture (think armoires), ‘hot dog windows’ (Courteney Cox has one) and tucked-away second kitchens where the real (and messy) cooking gets done By Abigail Stone

designers in Los Angeles — responding to the central place kitchens now occupy in the life of a house — are taking them to new heights of design that acknowledge their evolution from merely utilitarian back-of-the-house spots. “On the luxury side, we’ve experienced a paradigm shift where the kitchen is open to the family room, to the breakfast room,” says architect Brian Biglin, who’s built houses for Jennifer Lopez and Simon Cowell. “Now it’s not really meant to look like a kitchen. It’s a warm inviting space that’s a place for family and for entertaining.”

Marks’ and Cassidy’s Santa Monica Canyon kitchen. “The wood is fumed French oak, hand-waxed to the same standard that we wax all our antiques,” says Cassidy.

Mark D. Sikes, who takes a more classic approach, have recognized where things are headed. “Everyone always ends up in there, so it just seemed natural to move in a couch,” he says of the sofa that forms a focal point in his kitchen. Designer and star of Bravo’s Million Dollar Decorator Kathryn M. Ireland admits she’s fatigued by built-ins. “I want as few as possible,” she says. “I’m over sterile, overly mod kitchens that look more like operating theaters.” She’s a fan of the new Bastide collection at Grange Furniture (457 N. Robertson Blvd.), a line of warmer, free-standing, furniture-like French Country-style pieces.

At their house in Pacific Palisades, Ireland’s Million Dollar Decorator co-stars, designer Jeffrey Alan Marks and creative director Ross Cassidy of Jeffrey Alan Marks Design, selected a mix of cabinet woods, taking cues from the way antiques of different finishes can be used to furnish a room. “The left-hand cupboard was designed with an open grill to mimic an old china cabinet, which prevented a monotonous line of closed cabinet doors. It makes the whole wall feel more open and relaxed,” says Cassidy. Even modern built-in kitchens are getting

KITCHENS AS FULLY FURNISHED ROOMS Today’s kitchens have not only been invited to connect to the living and dining rooms, they’re now being furnished with the same care and attention lavished upon the rest of the house. Some of Hollywood’s top designers tell THR that it’s no longer unusual to find art and rugs in the kitchen, that cabinetry resembles furniture and that even actual furniture pieces are included: armoires to hold china or a dresser that serves as a pantry. At the Mandeville Canyon house that designer Windsor Smith sold to Gwyneth Paltrow, she opted for a huge farmhouse dining table — which doubles as a work surface — instead of an island. James Magni offers his clients a microfiber chair that “resembles a classic leather chair but cleans up with a sponge,” he says. Even designers like

On the Market: Kitchens That Will Sell the House

kitted out with furniture elements. Interior designer Jamie Bush, whose clients include Connie Britton and Hunger Games producer Nina Jacobson, is a fan of the new Arclinea Convivium table (sold at Euroconcepts, 8687 Melrose Ave.), which attaches to a modular system. At the touch of a button, it raises to counter height or lowers for dining.

CATERERS AS DESIGN CONSULTANTS Homeowners who love to entertain are looping in their caterers during the design planning stages. Barbara Brass, vp sales for Wolfgang Puck Catering, says she has advised on several projects, from layout and selection of appliances to making sure there’s enough electrical power for such things as largecapacity coffee brewers.

GIVING UP STAINLESS Michael Johnston of Michael Johnston Design Group now sees the stainless steel look as “appliances that are trying to be glamorous.” At his just-renovated Palm Springs house, he did all white enamel Gen Air appliances. “It made it a seamless integrated space with the rest of the house,” he says. Miele also has a new collection of clean white enamel offerings.

THE INDOOR OUTDOOR CONNECTION California always has led the way in indoor/outdoor living. Now it’s the kitchen’s turn. For client Courteney Cox, designer Trip Haenisch put in a pass-through “hot dog window,” as he calls it, between the kitchen and the outdoor patio at her spread in Malibu. At a house in Ventura, Calif., designer Philip Nimmo (whose clients have included Anthony Hopkins) came up with a long counter that runs seamlessly from inside the kitchen in a straight line out to the patio. “The whole room extends outside when you open the sliding glass pocket doors,” he says.

PUTTING IN TWO KITCHENS Some Angelenos are indulging themselves by putting in two chef areas: a kitchen for work and a kitchen for display. Says Nimmo, “With some of my clients who live in large houses, there is a cooking kitchen, which is utilitarian, then there’s the finishing kitchen, where the food is brought in to look pretty.” Biglin also is a fan: “We put all the workhorse appliances in a prep kitchen usually right behind the main kitchen, which can then be a focus of entertaining.”

for 20 percent of a buying decision when it comes to home sales. “A not only beautiful but extremely workable kitchen is expected in most high-end properties,” says Callaway, who designed the rustic kitchen (pictured above, top) for Rhino Records co-founder Richard Foos at his seven-bedroom Brentwood Spanish Colonial estate, recently listed at $13.9 million. The agent is Prudential’s David Offer. Also droolworthy is the kitchen (pictured above, bottom) architect Richard Landry designed for L.A. Kings legend Wayne Gretzky at his six-bedroom Thousand Oaks estate. It’s listed with Coldwell Banker’s Joyce Rey for $15 million. — BRANDON KIRBY

HE NEWEST TREND IN HOLLYWOOD

dinner parties is a less ostentatious style that gives low-key, gourmet catering top billing, where the exotic ingredients of the cocktails and cuisine are the stars of the show. A truck hauling a wood-fired oven heralds the arrival of Olive Wood Pizza (olivewoodpizza.com). The Long Beach caterer is in demand to park at the homes of industry A-Listers. Ian and Heather Gonzalez, the husband-and-wife team 1 behind the company, believe it is all about liberates libations from their predictthe dough, which takes three days to able pasts with fresh ingredients from his make. Their gourmet pizzas are topped Toluca Lake garden. His latest creation, with a variety of ingredients, from prothe Casa Blanca Margarita, commingles sciutto to truffle shavings at a reasonable Casamigos plata tequila, triple sec, $12 per person. clarified lime juice and kosher Add extra flavor to pizza night by salt. The final product is crystal inviting Steve Calabro, the mixclear (though the guests may not ologist behind Bartending Boot be after a few). Calabro also conCamp (bartendingbootcamp. Washington ducts impromptu mixology classes com), who concocts special cockfor guests during dinner and generously tails to pair with each exotic pie. Calabro shares his recipes. designs drink menus for the Hollywood Hire chef Hidefumi Tsujimoto haunts Red-O and the SLS Hotel, and he

1. Chef Tsujimoto prepares his superfresh sushi on location at dinner parties around L.A. 2. Mixologist Calabro’s signature margarita is made with extra anejo tequila served in a glass rimmed with edible gold.

I’m a voracious meat eater and sometimes a vegetarian,” she says. Kinney makes sure guests from both camps are satisfied by hiring Off the Wall Catering (Denzel Washington and Samuel Jackson also are clients). Carnivores get to nosh on porterhouse, while vegetarians delight in a tofu steak — both may be covered in wild mushrooms, so there isn’t a dramatic difference. Prices range from $20 to $120 per person. For the morning after, don’t forget the 2 power brunch. Adam Lewis (who also does dinner and has cooked for Tobey (sushitsujimoto.com), who trained at Maguire) is Hollywood’s go-to caterer Katsuya and Nobu, to transform a dinfor weekend brunches. His Mercato L.A. ner party into a pop-up sushi salon. He (mercatola.com) has earned a reputation arrives with a refrigerated case brimming for fresh takes on stale classics like with bluefin, Japanese red snapper eggs benedict with crab cakes. (He and live sweet shrimp. The price doesn’t disclose prices but says ranges from $30 to more than he will scale parties to suit client’s $200 a person (when sprinkling budgets.) Says Lewis: “What’s with white truffles or caviar). Maguire great about brunch is that it is often a In contrast to the rude, obnoxious day after a celebration, and you need that character she portrayed on The Drew Carey Show, Kathy Kinney is one of L.A.’s good food and some sort of hair of the dog to get you back to normal.” more thoughtful hostesses. “Sometimes

Cool Caterers Are the New Life of the (Dinner) Party