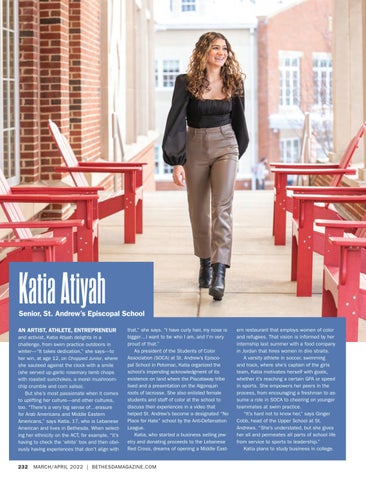 Senior, St. Andrew’s Episcopal School AN ARTIST, ATHLETE, ENTREPRENEUR and activist, Katia Atiyah delights in a challenge, from swim practice outdoors in winter—“It takes dedication,” she says—to her win, at age 12, on Chopped Junior, where she sauteed against the clock with a smile (she served up garlic rosemary lamb chops with roasted sunchokes, a morel mushroomchip crumble and corn salsa). But she’s most passionate when it comes to uplifting her culture—and other cultures, too. “There’s a very big sense of…erasure for Arab Americans and Middle Eastern Americans,” says Katia, 17, who is Lebanese American and lives in Bethesda. When selecting her ethnicity on the ACT, for example, “it’s having to check the ‘white’ box and then obviously having experiences that don’t align with 232

that,” she says. “I have curly hair, my nose is bigger…I want to be who I am, and I’m very proud of that.” As president of the Students of Color Association (SOCA) at St. Andrew’s Episcopal School in Potomac, Katia organized the school’s impending acknowledgment of its existence on land where the Piscataway tribe lived and a presentation on the Algonquin roots of lacrosse. She also enlisted female students and staff of color at the school to discuss their experiences in a video that helped St. Andrew’s become a designated “No Place for Hate” school by the Anti-Defamation League. Katia, who started a business selling jewelry and donating proceeds to the Lebanese Red Cross, dreams of opening a Middle East-

ern restaurant that employs women of color and refugees. That vision is informed by her internship last summer with a food company in Jordan that hires women in dire straits. A varsity athlete in soccer, swimming and track, where she’s captain of the girls team, Katia motivates herself with goals, whether it’s reaching a certain GPA or speed in sports. She empowers her peers in the process, from encouraging a freshman to assume a role in SOCA to cheering on younger teammates at swim practice. “It’s hard not to know her,” says Ginger Cobb, head of the Upper School at St. Andrews. “She’s understated, but she gives her all and permeates all parts of school life from service to sports to leadership.” Katia plans to study business in college. 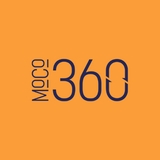 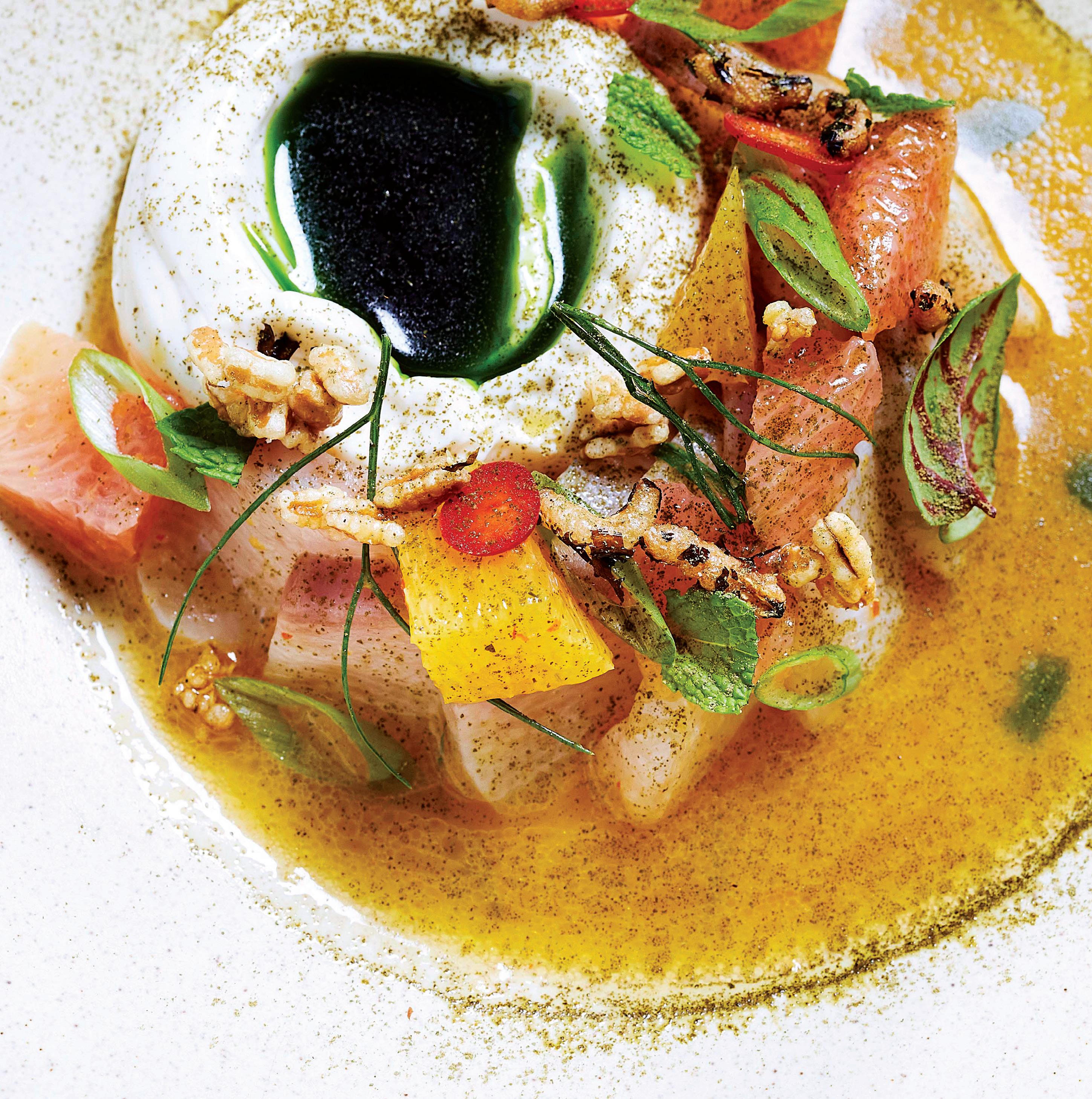 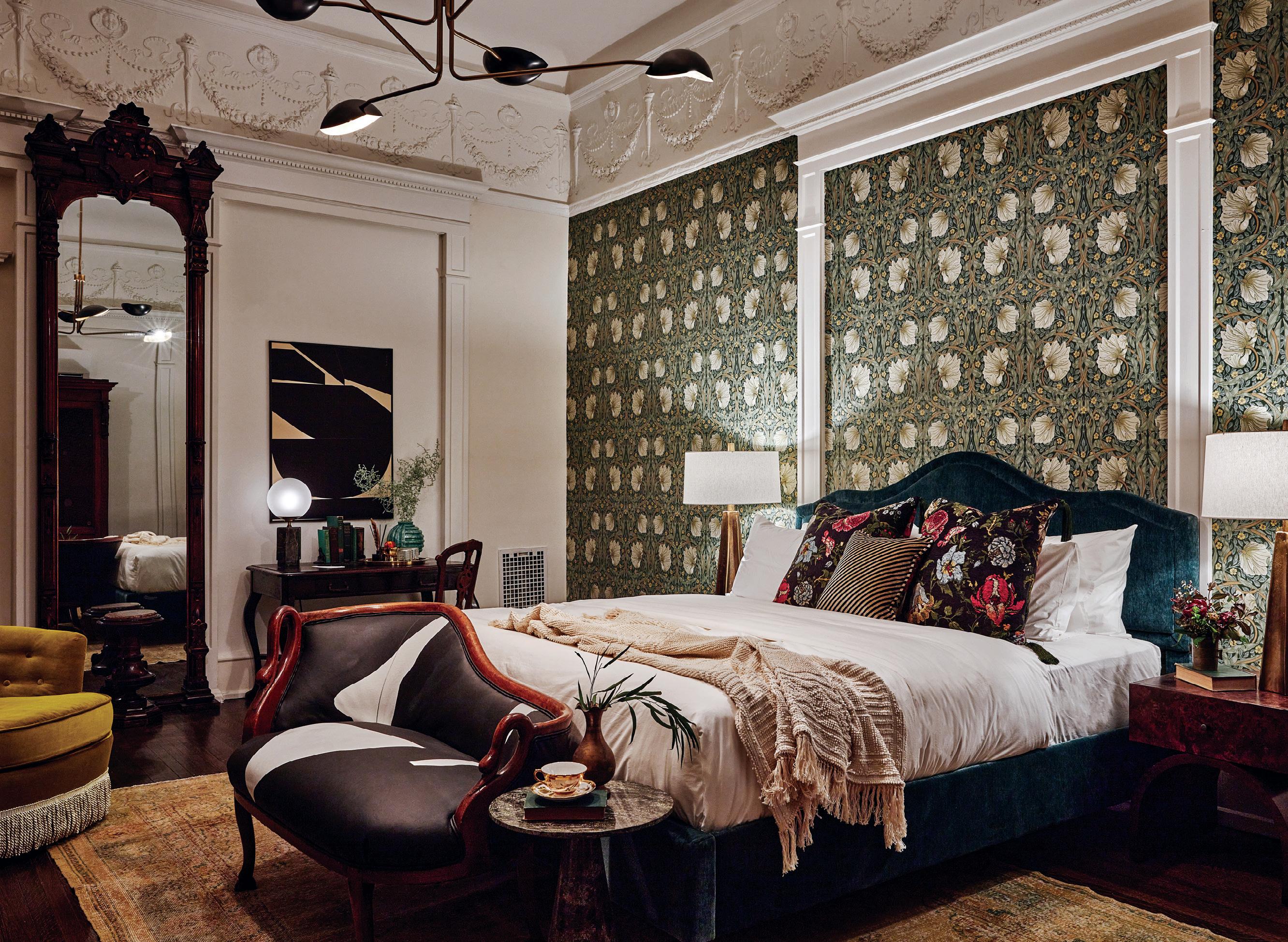 Your cheat sheet for a weekend away 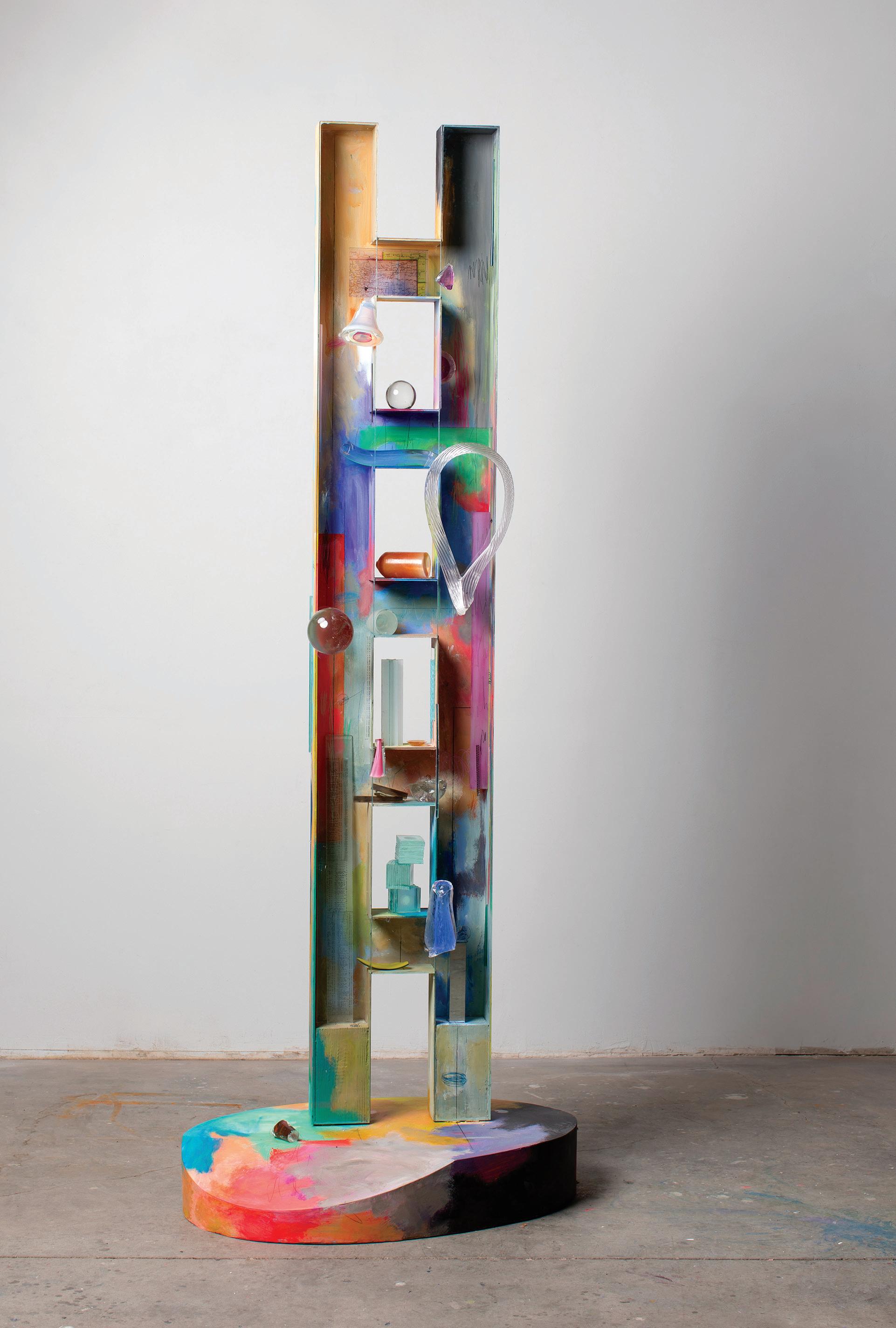 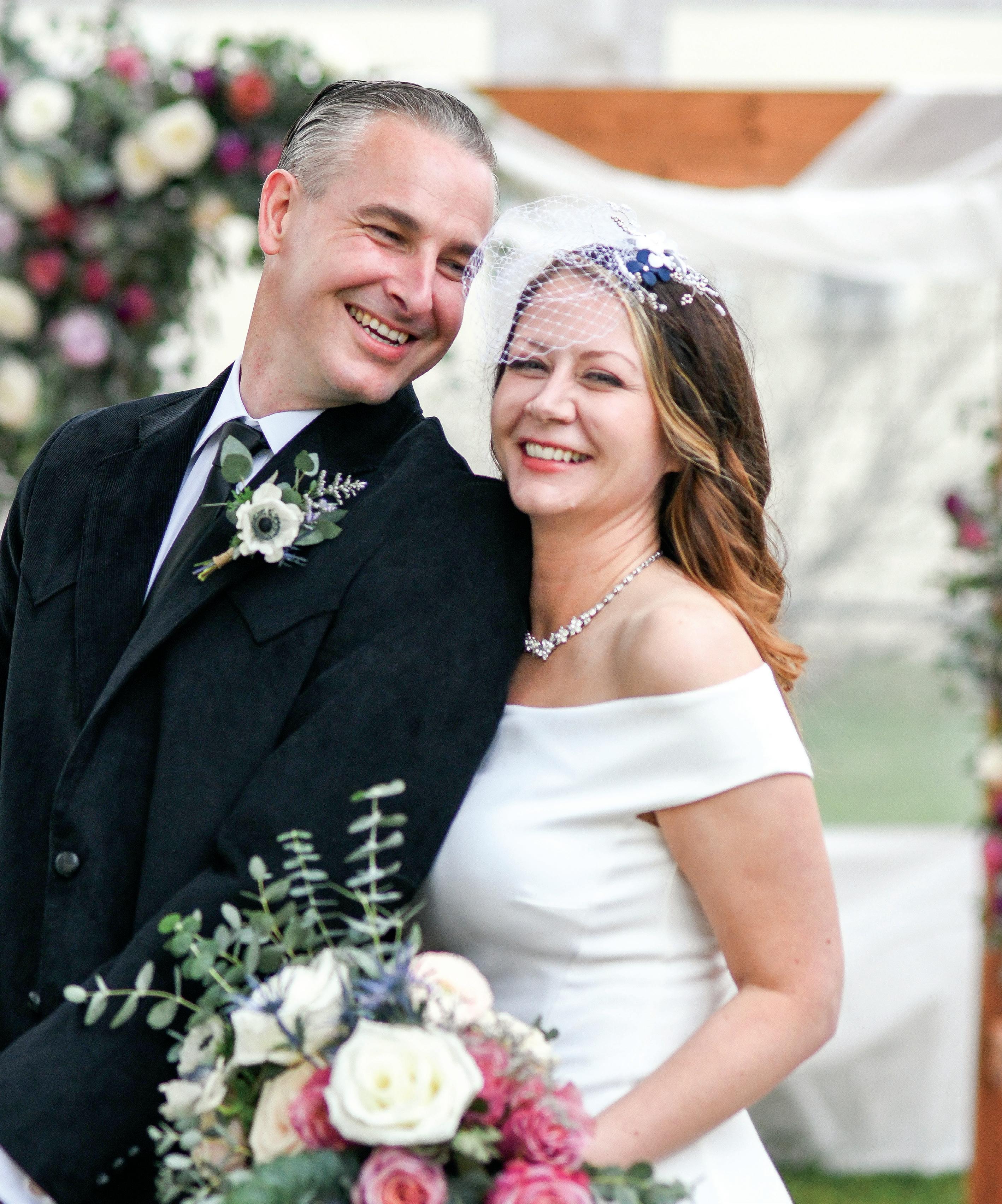 A Boyds couple held a 70-person wed- ding at their home, complete with a barbecue dinner, a bouncy house and a visit from the police 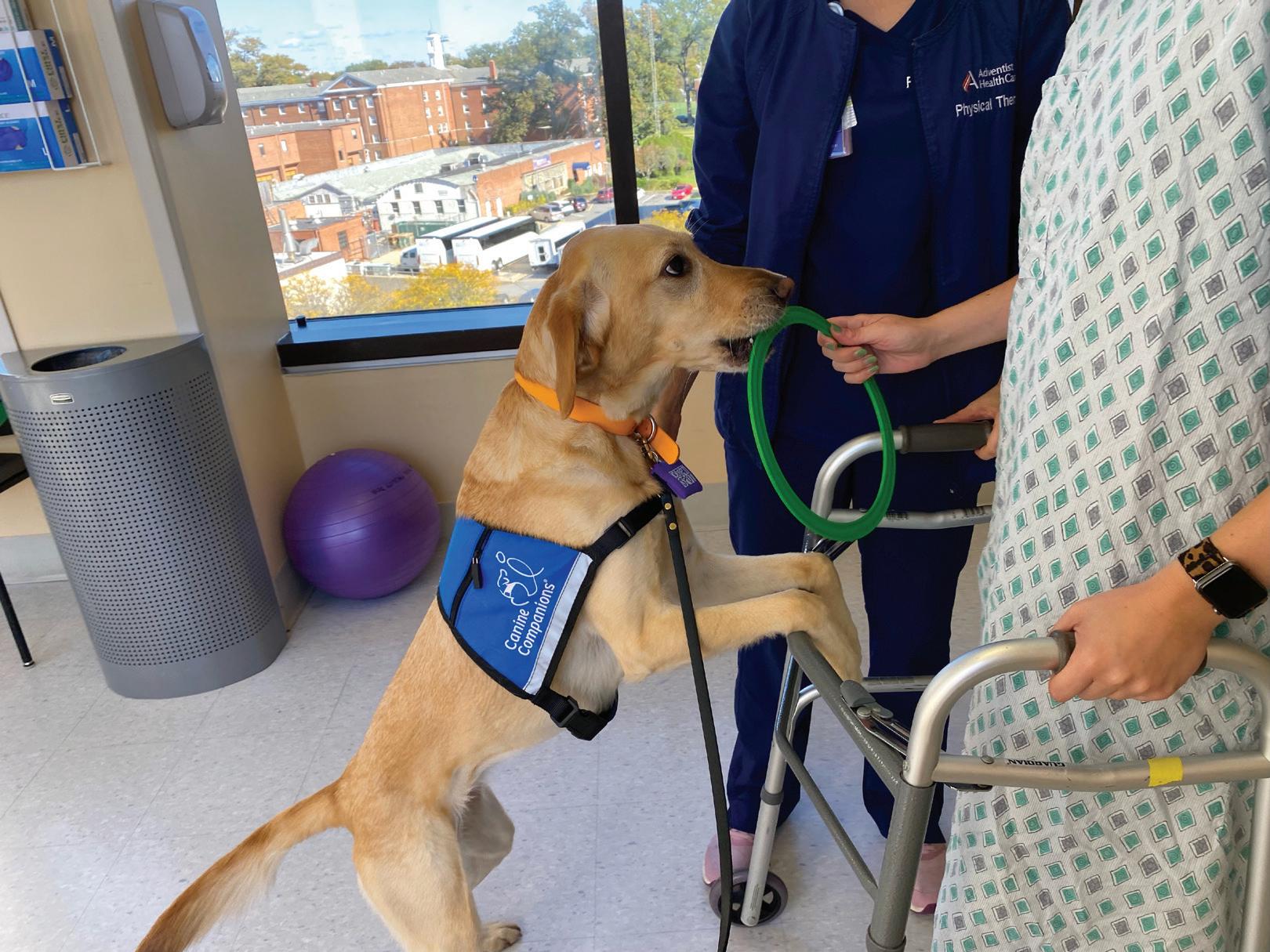 Meet Peru, a service dog with a nose for healing 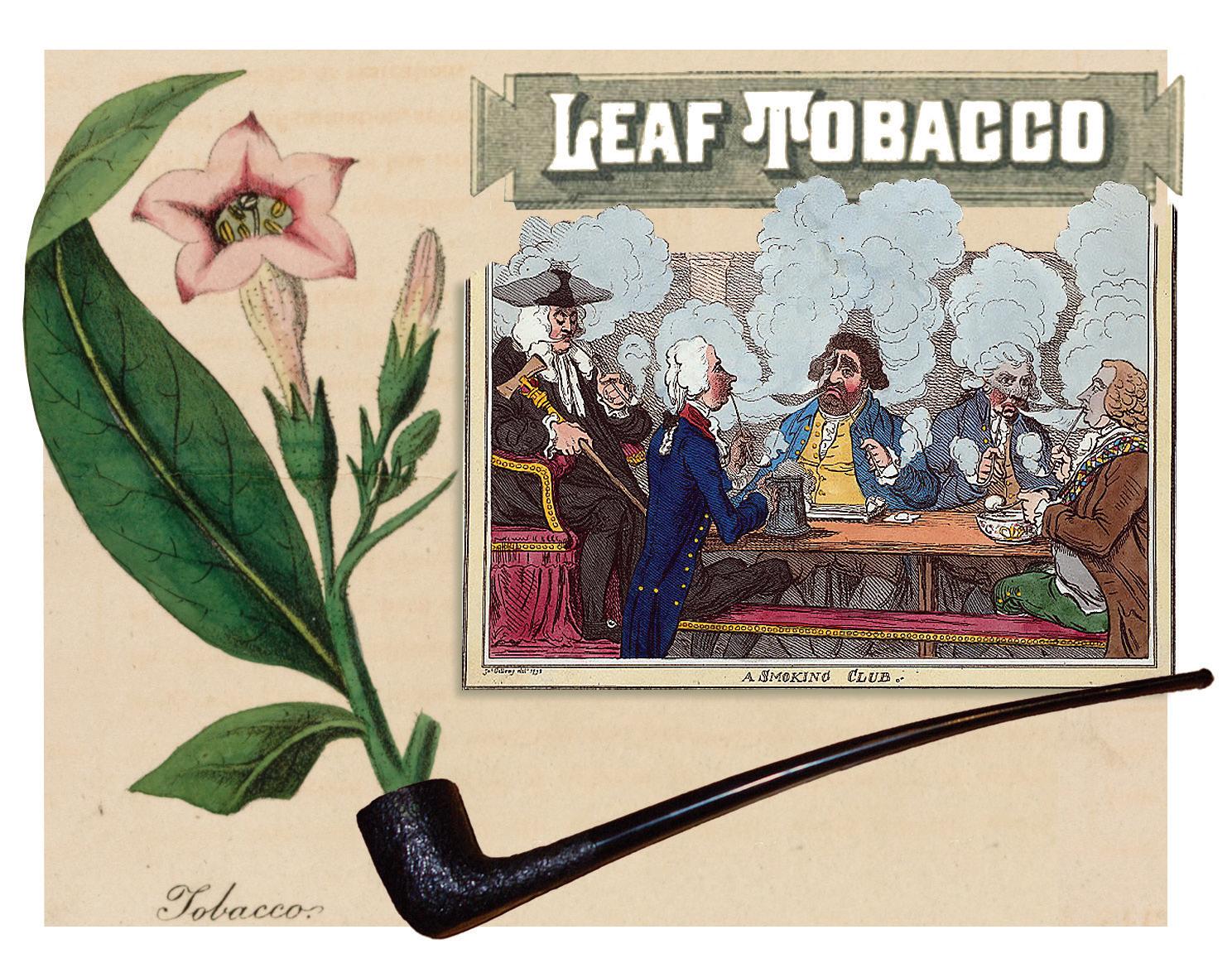