Zoom in on Bermuda 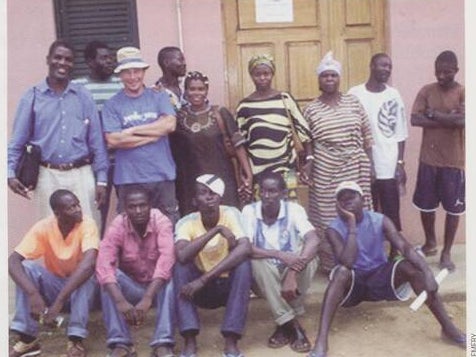 Beekeeping in the enclave of C...

Many people consider incorrectly that Bermuda is part of the Caribbean. In fact, it is 1,200 km northeast of the Bahamas: the closest land is Cape Hatteras in North Carolina, USA, 960 km west-northwest. The Gulf Stream passes near Bermuda and moderates the climate to subtropical: temperatures rarely exceed 32°C. The hurricane season is from June to November.

65,773 inhabitants. The islands were first colonised in 1609 when a hurricane forced settlers bound for Virginia in the USA to take refuge.

Seven main islands all connected by bridges form a cluster of 53.3 km²

Only 20% of the land is arable and agriculture is limited. Products are bananas, Citrus, dairy products, flowers, vegetables and honey

Honey bees were introduced into Bermuda in 1616. They were sent by Sir Nathaniel Rich from the UK to his brother, Robert Rich. Honey bees were not imported into the American colonies until six years later. There are no records indicating when frame hives were first imported to Bermuda. It is likely this was soon after their invention in 1852 because of the close commercial ties with the USA and UK. In recent decades virtually all Bermuda's honey bees have been kept in frame hives.

The long-term future for beekeeping in Bermuda is not bright. Undeveloped and cultivated land is quickly disappearing. Unfortunately for the bees, nectar-producing plants are less abundant in artificial landscapes. It is becoming increasingly difficult for beekeepers to find suitable sites for their hives.

The first exports of honey and beeswax were in 1662 with small quantities sent to the Caribbean and American colonies.

In 1988 Caroldey Douglas was the first beekeeper bottling her honey to be sold as souvenirs to tourists. The initial response was excellent and this continues with several of the large resort hotels serving local honey on their breakfast tables. In the same year, Randolph Furbert opened the first commercial-scale extracting facility in Bermuda at Chartwell Apiaries in Bailey's Bay. Today Randolph is assisted by his son John and is ‘Beekeeper Number 5' in Bermuda.

American foulbrood Paenibacillus larvae was first detected in Bermuda in 1975 and an annual inspection programme was initiated by the Department of Agriculture & Fisheries (DAF).

Bufo marinus (a giant toad) was intentionally introduced to Bermuda in 1875 in the hope it would help reduce the number of cockroaches on the island. The toad grows to the size of a cantaloupe melon. It is now abundant and a serious predator of honey bees with a voracious appetite for bees, especially on warm nights in the summer, when bees cluster outside the hive entrance. To minimise problems from toads, hives are elevated 50-60 cm above the ground.

Iridomvrmex humilis (the Argentine ant) was accidentally introduced in 1953 in imported nursery stock. This ant is now island-wide, though its distribution is patchy. Occasionally bee yards are seriously infested and colonies may suffer considerably from ant robbing.

The Bermuda Beekeepers’ Association (BBA) was formed in 1949. Today, most of the island's beekeepers belong to BBA and attend bimonthly meetings. In 1973 DAF offered a beginners course and 15 new beekeepers were initiated. BBA has a permanent display including an observation hive at the Bermuda Aquarium, Museum and Zoo.

One colony can produce up to 170 kg of honey. Local folklore says a teaspoon of Bermuda honey taken with tea is a powerful aphrodisiac. There are two honey flows a year, minor in June-July and major in September-October. In 2003, Hurricane Fabian caused substantial damage to the focal honey industry, just at the start of the September honey flow. After it, no flowers were left from which bees could gather nectar. The effects of a hurricane linger for years while the vegetation recovers. In 1987 when Hurricane Emily swept over the island, the main honey flow from Schinus sp. Brazilian pepper tree, was interrupted and approximately 30% of the island's vegetation destroyed. The annual honey crop was reduced by over 50%.

The Philatelic Bureau of the Bermuda Post Office released the Heritage - Made in Bermuda commemorative stamp issue on 22 June. This is the fourth in a series of stamps which showcases local artists and craft workers. The series consists of four stamps and an Official First Day Cover. The accompanying text reads "Beekeeping is an absorbing and fruitful pastime in Bermuda as bees have inhabited the Island almost as long as people. The tradition of beekeeping and honey production is continued by local beekeeper Randolph Furbert at his factory, Honey Bee House in Bailey's Bay where he produces some of the purest honey in the world”. Thanks to ‘Beekeeper No 5’, Randolph Furbert for sending the stamps and information.