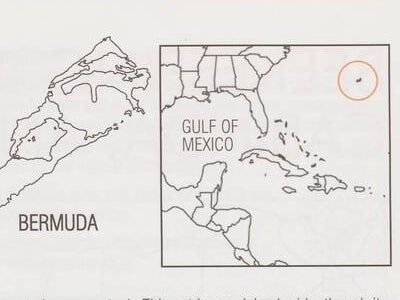 Zoom in on Bermuda

Nosema is considered one of the most prevalent and economically damaging of honey bee diseases. Yet it often goes unnoticed because the causative agent, a microsporidium, is microscopic in size and therefore invisible to the naked eye, and because the disease rarely leads to the death of a diseased colony. At the beginning of the 20th Century, the great German bee scientist Zander first described Nosema apis as ‘the microsporidium responsible for Nosema disease’. Subsequently, all reports of microsporidia in honey bees, in both the western hive bee Apis mellifera and the eastern hive bee Apis cerana, were attributed to Nosema apis.

In 1995, Professor Ingemar Fries of the Swedish Agricultural University, Uppsala and an expert on Nosema in bees, visited China where he described a new microsporidium, Nosema ceranaeé, in indigenous honey bees Apis cerana (Fries et al. 1996). The differences between the two microsporidia, Nosema apis and Nosema ceranae, \e in their ultrastructure and genetics (see Fries ef al 2006). Though Professor Fries subsequently demonstrated in experiments that Nosema ceranae |s infective for the western honey bee, little more was made of the observations until the spring of 2005, when | was contacted by Dr Dinh Quyet Tam of the Bee Research and Development Centre (BRDC) in Hanoi, Vietnam, whose honeybees (Apis cerana and Apis mellifera) were suffering from Nosema disease. Julia Klee and Andrea Besana, working with me at Queen's University, Belfast, then developed a rapid and accurate molecular genetic detection system to differentiate Nosema apis from Nosema ceranae and found the Vietnamese honey bees to be infected exclusively with Nosema ceranae. In summer 2005, a group of Taiwanese researchers also found Nosema ceranae in Taiwanese Apis mellifera (Huang et a/ 2006). It might have been anticipated that the western honey bee would acquire Nosema ceranae if kept in Asia, where Apis ceranae and its parasite Nosema ceranae are endemic.

A group of bee pathologists in Spain, led by Dr Mariano Higes, subsequently discovered Nosema ceranae to be widespread in Spanish honey bees Apis mellifera, as of 2005 (Higes ef a/ 2006), indicating that the parasite had moved out of Asia. Dr Higes' group have subsequently reported the disease in France, Germany and Switzerland (2nd EurBee Conference, Prague, September 2006). More worryingly still has been the massive colony loss in Spain over the winter of 2005-2006, some of which have been linked to Nosema disease.

Given the potential threat posed to beekeeping by Nosema ceranae, we contacted bee Scientists and government agencies across the world for samples of Nosema, both old and new, that Julia and Andrea analysed using their genetic marker system. Our results have been submitted to the Journal of Invertebrate Pathology for peer-reviewed publication. In short, we demonstrate that Nosema ceranae probably jumped host from Apis ceranae to Apis mellifera within the last decade and that it has spread remarkably rapidly. It is found nowadays in the western honey bee in North and South America, the Caribbean, across Europe (from south to north and west to east) and Asia. Only on the islands of Ireland and New Zealand have we looked but found only Nosema apis. We lack samples from Africa, Australia and the UK to State anything about those locations. However, given its rate of spread and occurrence even on isolated islands of the Danish archipelago, it is quite possible that Nosema ceranae is, or will soon be, spread worldwide.

The implications for beekeeping with the western honey bee Apis mellifera are profound. First, we need to understand how virulent Nosema ceranae Is in its new host Apis mellifera. Currently, there is a correlation between Nosema ceranae and colony mortality, but this does not of course mean that Nosemaceranae was the cause of the colony mortality. Other factors such as Varroa mites or pesticide misuse could account for the Spanish colony losses, and Nosema ceranae might have then multiplied in the dying colonies. There may however be a synergistic relationship between Nosema ceranae and other factors, leading to increased colony mortality. Studies are needed on how to control Nosema ceranae, if it proves to be highly virulent. Dr Higes' group are looking into some of these issues; more needs to be done now. | hope the relevant authorities and beekeepers take note. Forewarned is forearmed.

I thank the EU (projects Pollinator Parasites: QLK5-CT- 2002-00741, and BeeShop: FOOD-CT-2006-022568} and the Institute of Apiculture (Robert S Pickard) for financial support of our work on the genetics of bee diseases.