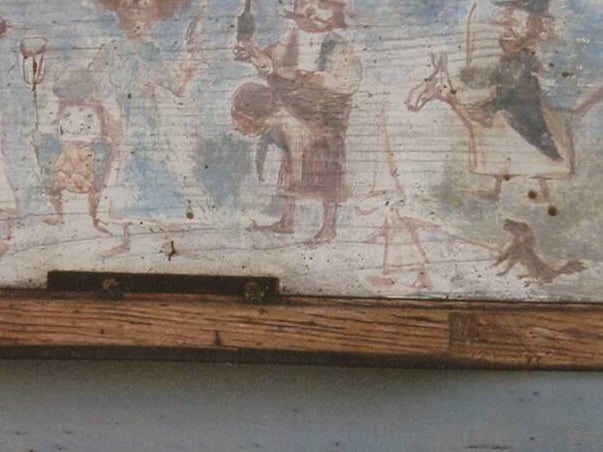 I was sitting on a tree stump talking to about 40 farmers in the Gorongosa District of Mozambique with my beekeeping materials displayed on a table. Our class was held in a mango grove alive with the sound of foraging honeybees. The project was aimed at introducing the use of top-bar hives instead of the local hollow log or bark hive. The class was going well and the students were attentive. Then someone asked, "What does a drone look like 7" That question shifted my whole focus. Farmers in Mozambique have had hives for more than a thousand years. But they do not have the equipment that enables them to observe their bees, much less manage them.

In 1999 Food for the Hungry International (FHI) began a project to enhance beekeeping in Gorongosa. The rationale for this effort was two fold. Farmers need a means of earning more money - they are no longer able to do so effectively by farming. The second impetus for change was the ecological impact of the construction of local hives: a whole tree may be lost in obtaining the bark needed for one hive. A small amount of low quality honey is the usual yield, and harvesting often kills a colony.

The alternative offered was to transfer colonies of bees out of their traditional hives into top-bar hives. These hives can be managed for much greater benefit for both the bees and the farmers. In Mozambique the sale of products from one hive can be as high as the annual per capita income. The challenge was to discover a way of producing enough hives and protective clothing at a cost that made beekeeping sustainable. I went to Mozambique as an ACDIVVOCA volunteer. As I taught my first set of classes the main problem became well defined. Enthusiasm for top-bar hive beekeeping ran high. But the bottom line was articulated by the chief of Muera village, "if these hives cost more than US$5 it is impossible for us to use them." This was a shock to us would-be developers. The closest we had been able to come was a prototype costing US$30.

During the remainder of the classes that summer we were able to build some hives out of locally available materials. In Domba the men became so enthusiastic about using top-bar hives that they offered to supply the wood if we came back the next day with saw, hammer and nails. We agreed. Boards were cut out of whole tree trunks using an adz and a hive was built. The cost in dollars was acceptable, but if this method was adopted on a large scale the cost to the forest would be disastrous. Our best efforts that season using locally available wood from acceptable sources brought the price down only to US$20 a hive. This did not even begin to address the need for smokers, veils, and gloves. I returned to Mozambique in year 2000 equipped with veil material, a battery powered sewing machine and a small table saw. The results were mixed but we came closer to the goal. The sewing machine broke down but we successfully commissioned a local tailor to sew veils. About 100 were produced that were made of nylon netting that was not locally available, and the veils offered barely adequate protection. Later I discovered that the same design could be used with the addition of a round of nylon window screen in the middle. This is locally available and made a veil that effectively kept the bees out of one's face.

For hive production we devised a method of crafting hives out of lumber yard offcuts. There are authorised lumber mills all over Mozambique. These mills are licensed by the government to harvest and process a specific number of trees and this system prevents the forests from being destroyed. At each of these sites small mountains of off-cuts are sliced from the outside of each log. These first cuts render a round log square so that boards can be produced. The scraps are of some value and are used mostly to fire commercial bread baking ovens.

They could be purchased cheaply enough for us to manufacture top-bar hives for US$2.75 each. Some of the local carpenters worked together to produce a number of these hives. The one element that took a year to work out was the lid. I could not conceive a lid that did not depend on high cost materials like metal or plastic. If either of these were used it quadrupled the hive cost. Later it came to me that the same material from which we were making the hives, could be made into a useable, water-shedding lid.

Three slabs of wood could be fastened together. With two on the bottom and one over the centre joint, a water-shedding lid could be built with only a small additional cost. It was necessary to import the saw - this cost US$100 and was essential for the production of consistent top-bars. Equivalent saws that were available locally were too expensive.

I believe that the hives we built in Gorongosa could be built in other places where beekeeping is a valuable development option but where resources are minimal. My hope is that the pictures will clarify how to construct them.

If further information is needed you may contact Marty Hardison by e-mail at mndhardison@juno.com

* Where reference to images or figures is made, please see original Journal article.