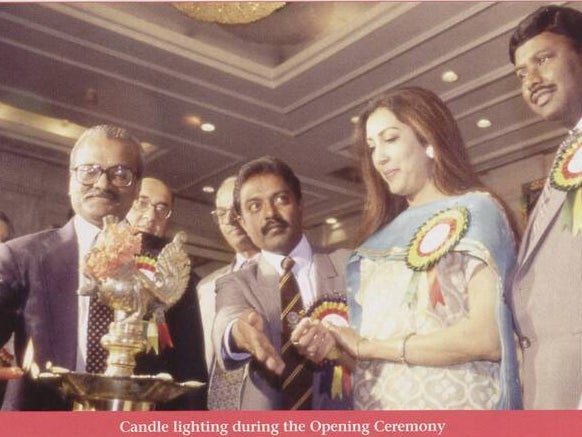 In BfD 59 we gave details of the European Union (EU) Commission legislation to prevent honey containing residues of antibiotics, pyrethroids, organochlorines or heavy metals from being imported into Europe. In this article Peter Martin, an expert honey analyst, provides more information on EU legislation and its relevance to the honey industry around the world.

In 1990 the EU laid down the procedure for establishing maximum residue limits (MRLs) of veterinary drugs in foodstuffs of animal origin. This is to protect consumers and public health. The use of antibiotics leads to the possibility of resistance in target pathogens and must be controlled. The Regulation has four Annexes. Annex 1 is a list of the substances for which MRLs have been fixed for specified species. None has been fixed for use with bees. Annex II is a list of substances for which no MRL is necessary. In the case of bees, fluvalinate, flumethrin, formic acid, lactic acid, menthol, thymol and mixed oils, that are all Varroa treatments, are listed. Annex III lists substances for which provisional MRLs have been set. In relation to bees these are Cymiazole, (1000 ppb*), Amitraz (200 ppb) and Coumaphos (100 ppb), again these are all Varroa treatments.

Annex IV lists the drugs for which no MRLs can be set because the drugs are regarded as too dangerous. These drugs are chloramphenicol, (the drug found recently in Chinese honey that has led to the ban on import of all Chinese honey into the EU), nitrofurans including furazolidone, ronidazole, dapsone, dimetridazole, colchicine, chlorpromazine, chloroform and metronidazole.

Antibiotics such as streptomycin, tetracyclines, penicillins and sulphonamides have MRLs for use on large animals but are illegal for use with bees except under the guidance of a veterinarian when tetracyclines may be used for European foulbrood. In that case no honey can be harvested until the expiry of a withdrawal period for example, two months. At present application of the law in relation to these safer antibiotics is not harmonised in EU member states. Some countries reject honey containing above the limit of detection of those drugs while others apply an Action Level such as 50 ppb. However, it must be stressed that the presence of these drugs in honey is illegal at any level. That situation may change if it proves possible to obtain MRLs for their use in beekeeping.

It is essential that all beekeepers avoid the use of Annex IV drugs, both to protect consumers wherever they are and to protect the good name and selling of honey. Very low levels of these drugs can be detected and the honey from one beekeeper could contaminate a large amount of honey if it is being combined for bulk export. Such honey will be destroyed if found in the EU.

Beekeepers everywhere should use good husbandry rather than drugs to keep their bees healthy.