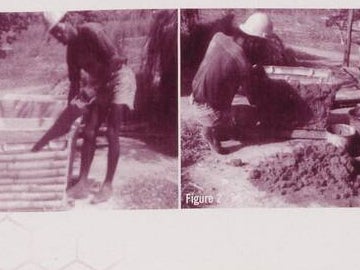 Zoom in on Sierra Leone

The first Caribbean Beekeeping Congress was held in Tobago in 1998. In August 2000 it was the turn of the Island of Nevis to welcome over 50 participants to the Second Congress, with the theme ‘Expanding the Horizons for Caribbean Beekeepers’

Delegates were welcomed by Nevis Premier Vance Amory who told them that honey production could become a world-class income earner for the region: “We are being forced to place a greater emphasis on the development of agriculture and the sub-sectors within to ensure that we remain outside of the poverty circle” he said.

In the Caribbean, the days when sugar was king, bananas were profitable and cotton was a major crop, are mostly gone. Today the Island economies feed on tourism, off-shore financial institutions and other service businesses. It will not replace any of the crops but beekeeping offers tremendous potential,

Gladstone Solomon, President of Tobago Apicultural Society and a driving force in organising Caribbean beekeepers, told the meeting that the Caribbean currently produces about 7,000 tonnes of multifloral honey with an exotic taste and a romantic aura, most of which is consumed in the region.

Junior Minster Livingstone Herbert praised beekeeper Quentin Henderson. “It would be remiss of me in lauding the success story of the Nevis Beekeepers’ Society Cooperative Ltd (now 20+ members strong), if I failed to pay tribute to the man who I perceive to be the heartbeat of that society and certainly the heart beat of beekeeping in Nevis,” he said,

the government and people of Nevis truly appreciate his work.

Jamaica will be nesting the Third Caribbean Beekeeping Congress in 2002. Will you be there?

The Congress Proceedings are now in preparation - read B&Dfor more information and details of the next Congress.

Proceedings of the First Caribbean Congress reviewed in B&D 54 are available from Bees for Development price 30.

A Congress Resolution called upon Caribbean Governments to collectively impose immediate restrictions on the importation of queen bees and honey in order to minimise the spread of pests and diseases.

During post-Congress apiary inspections Varroa was identified in every apiary visited. We concluded that the mite had probably arrived since a survey in 1998 declared Nevis free of brood disease and Varroa. Nevisian beekeepers now have to learn how to assist their bees to cope with Varroa.