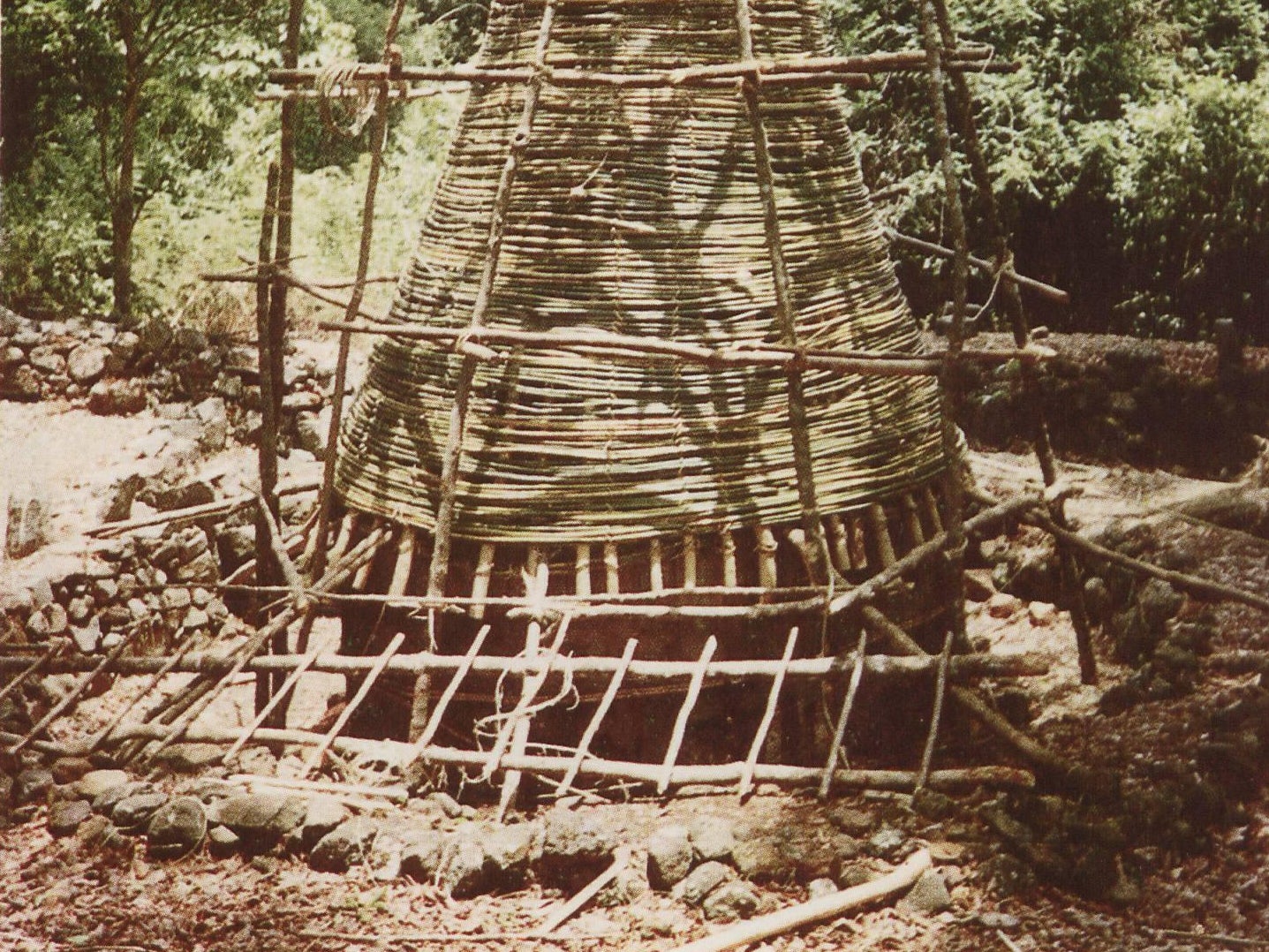 Todas of the Nilgiri hills

Information about the source of bitter honey

It is densely foliaceous evergreen tree. It grows in variety of habitats riverbanks, scrub jungles or planted around temples or as avenue trees. New foliage appears in February and March. It grows up to 15 metres and spreads widely.

1. Stem/Trunk: The bark is smooth in young trees. Dead bark flakes off. Branchlets appear when the tree gains height of about 10 feet. The diameter of the trunk can be up to 1m. The inner portion becomes hollow in old trees. The wood is dark brown. When the trunk is cut open, the colour can range from brown to reddish. The branchlets are often pendulous. Generally, galls are found on branchlets and leaves.

3. Fruits: Berry globose, green to dark blue and edible, collected and sold in the market. Juice of unripe fruits can be used for making vinegar.

4. Flower: Flower appears in panicle as bunches, pale or dull white in colour. It is major source of nectar and pollen. It blooms in July to August in the plains and April to May in the hilly regions of southern India. The tree starts flowering from the fifth year onwards.

The honey is light reddish in colour and thin. The water content of this honey ranges from 21% to 26 %. It has distinguishing pungent/bitter taste, which limits the consumption by the villagers. Even for ordinary consumers, the concept of bitter honey is unique and shows them that honey can have varied taste. The granulation period is very slow, almost nil after two years. Sometimes the tribal people store this honey till the sweet honey appears to mix the two.

Pollen grains are very small if it gets mixed with honey it is impossible to separate. The pollen grains accumulate to the surface of the honey, in storage, even alter two years.

It is major source for all bees. It is the first source of nectar and pollen for the bees to build new combs. Abundant storage of pollen is found in Apis cerana and Apis dorsata combs.

The tree is considered as possessing medicinal properties and hence the honey from this nectar source is seen similarly. The local tribal community uses the bark to cure stomach aches disorders and toothache. It is used as an ingredient for liquor distillation in tribal villages. Ayurveda preparations prefer this honey.

Fate of Syzigium in Nilgiris

Species under threat, in Nilgiris. Large volume of honey is harvested during this time from Apis dorsata. Unfortunately, this tree is target by the timber market and heavily under threat in private lands and forests.