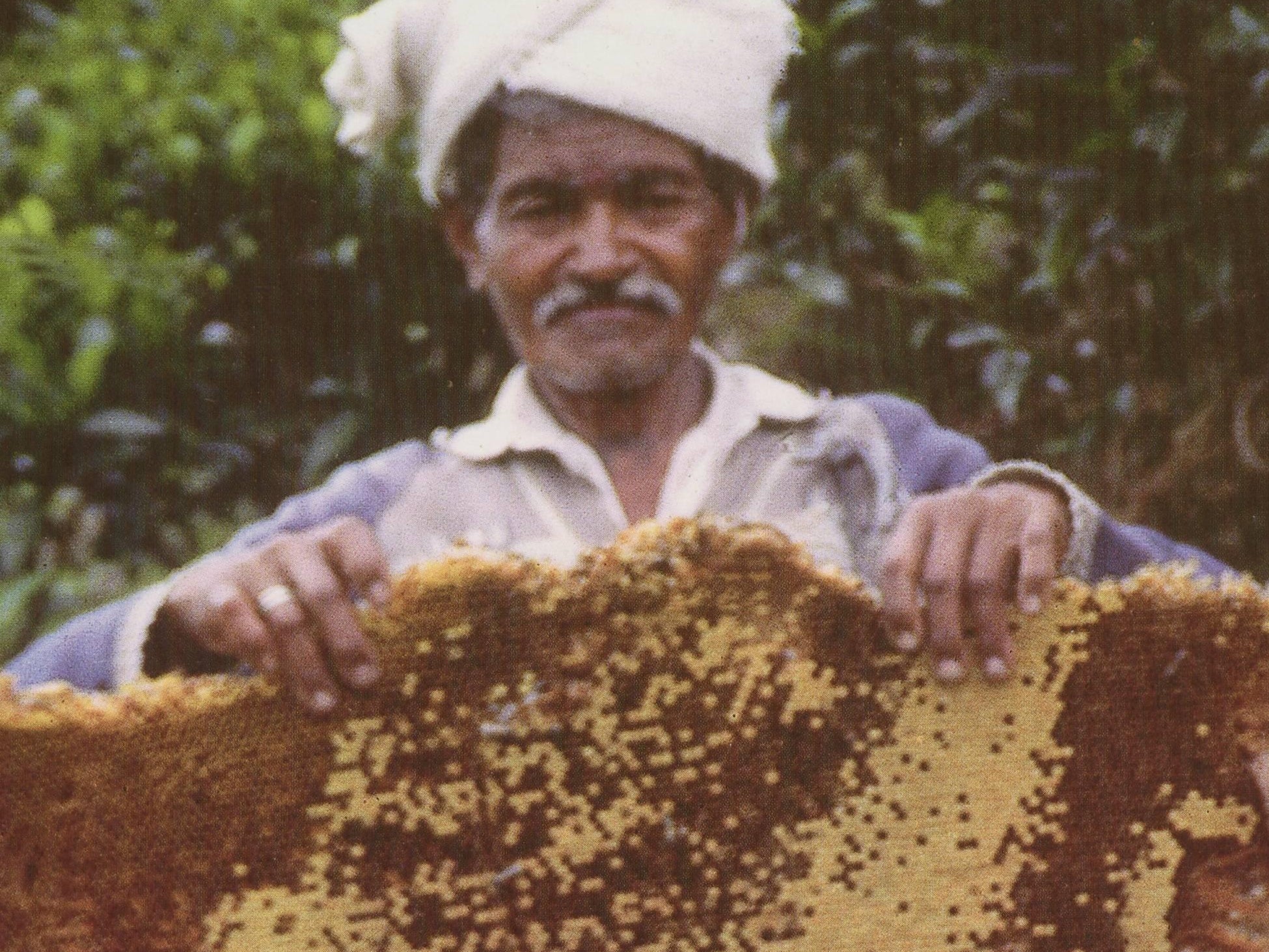 Marketing of honey and bees wax

Wihang is keen mountaineer. This is the story he writes of his encounter with Apis dorsata which attacked him ferociously and bit part of his ear lobes he was unconscious for several hours...

“We had begun our climb on that fateful day of 15th May, 1986 at around 6.00 am on a fine summer morning. Having climbed for an hour or so, we came across spot 18 meters above where we spotted massive bee nests. Each of the size of truck tyre these nests house the mountain honeybees (locally called Agya Mohal); much larger and stronger cousin of the normal honeybee. We immediately decided to change the direction of our climb and found route well away from the nests. My teammate said “I wonder what will happen if these nests are disturbed”; to which responded by saying “Boy, that would be real hell”... And precisely that is what happened. I was stung by innumerable number of bees and my belly was all swollen. had been lying on the ground for about 32 hours in an unconscious state till the rescue team came and shifted me to the Kidney Institute, Ahmedabad. was declared to be in bad shape collapsed since had not passed drop of urine. was also finding it difficult to breath and was all swollen up.

With number of rounds of dialysis, the best hope still lay in self rejuvenation. This self rejuvenation of the kidneys is miracle of nature and the only role played by the doctors is to keep the body functioning well and normal otherwise. Finally, came back from the jaws of death. After that never looked back. was discharged on the 40th day of hospitalization.

Dr. Trivedi sumed up by saying “Wihang’s courageous fight was as important and vital as the expert medical treatment for Acute Kidney Failure (AKF). His recovery was miracle”. He also said We have found only five such cases of severe bee stings in the jungles of Africa leading to AKF So yours, it seems, is unique case in the medical history of India".