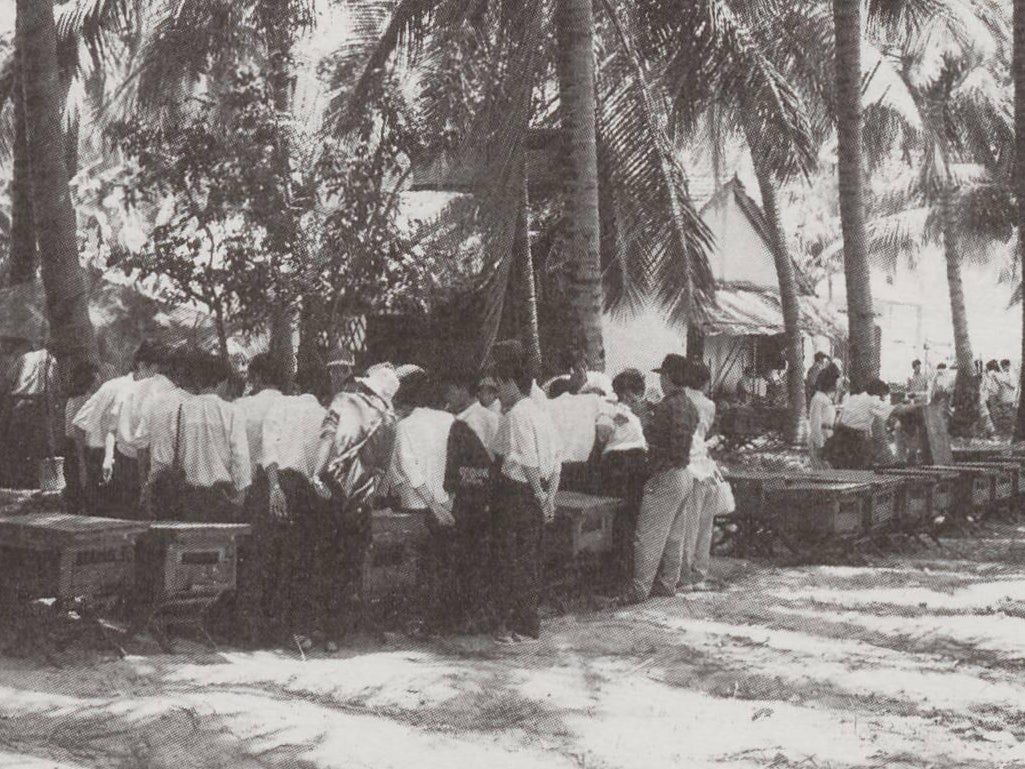 Following the item on making a bee fodder calendar in Nepal (Beekeeping & Development 31) we are pleased to now publish this floral calendar from Tanzania.

Beekeeping in much of Tanzania, as in many other developing countries, is done by the “let alone method”. This means that beekeepers site their hives and leave them unattended until the harvesting period. They use various indicators to determine when it is time to harvest. In Tanzania typical harvest indicators are

1. Field crops such as millet start to ripen.

2. The rainy season ends and the season starts.

3. Dead drone honeybees are found at the hive entrances.

4. The intensity of sound made by foraging bee decreases.

5. The activity of foragers at the hive entrance significantly decreases or stops altogether.

Of course these indicators are not perfect and they can result in harvesting starting too early, causing unripe honey to be harvested.

Flowering calendars can make it easier plan various beekeeping management operations such as the siting of hives near to particular crops and deciding the best time for honey harvest.

The calendar shown here is based on recordings of dates when bee plants flowered in one area. The full opening of the first few buds was taken as the date of first flowering, and the withering of flowers and start of fruit formation was taken as the end of flowering

The flowering periods of 13 melliferous plants have been recorded as shown on the chart. For example, it can be seen that between January and February to provide bees with forage it is best to site hives near to blooming Acacia polyacantha and Grewia bicolour.

The chart also shows that the “build up” period in this area will be between March and June when the majority of plants are bloom. This is therefore the time to divide colonies, check for queen cells (reproductive swarming might occur), and (if frame hives are being used) increase the number supers.

The best harvesting period in this area should be between October and November, before the start of the dearth period when few plants are flowering. This is the time when feeding of bees is advised to prevent absconding, and to ensure the colony remains strong enough for the forthcoming season.

Another way to follow variations in honeybee colonies is to place bee hives on scales and study their seasonal weight changes. The weather is recorded daily and the flowering periods are recorded throughout the year. This allows understanding of the relationships between the weather, the flowering of melliferous plants and colony development.

* Please see the original journal article to see a diagram of plants and their flowering period.