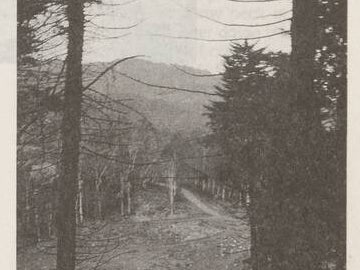 Propolis from honeybees in the...

Thousands of articles have been published on queen rearing using temperate-zone Apis mellifera. Very little information is available on queen rearing with African bees, but in the following article Mr Darbo and Mr Jammeh report on their experiments in Gambia.

To make beekeeping a low-cost and highly productive business in Africa, work should be done to help bees produce good queens. This study was carried out to investigate the possibility of using the manipulative management feeding technique to help the African honeybee, Apis mellifera adansonii rear queens naturally.

Queen rearing can be a specialised business and it may be very costly. Under natural conditions man has no involvement in queen cells being built by the colony. However, this method has the disadvantage of dependency on bees building natural cells and limited possibility “for breeding from selected queens. Simple colony division is the easiest way to increase colony numbers. Divide a two, three or four-storey colony into two parts giving each a bottom and cover; so long as eggs or young larvae are present in the queenless half the bees will rear a new queen.

The disadvantage is that the method is slow and sometimes fails. The simplest way to rear a queen with greater control is to remove the queen from a colony or cage her away from the broodnest area; or place a comb with eggs and larvae from a selected breeder queen into a queenless colony and then leave the bees to do the rest. The principle behind this method is that certain larvae in the worker comb are selected by the bees to be fed as queen larvae. The queen larvae is fed with an abundance of royal jelly and the cell walls are flared. Before the larvae reach the opening of the worker cells, the queen cell walls are turned downwards. Good queens often emerge from these ‘emergency’ cells, but may be poor if the selected larvae are too old.

Our study was conducted on the 189 ha Nucleus Estate Farm at Brikama in the Western Division of Gambia. The research used the African honeybee Apis mellifera adansonii which although small is one of the most easy to swarm and hostile members of the bee family!

Using five hives each with eleven standard frames, queenless colonies were brushed into the hives at night. The hives were transported to their permanent sites. Frames containing one day old eggs were taken from existing queenright colonies and exchanged for one in each of the five hives. The queenless colonies were fed with sugar syrup to cut down their aggressiveness and swarming tendency and to aid the colonies in rearing their own queens in a relatively short time from the newly-laid eggs in the cells of the exchanged frames.

For the sugar syrup feed, a five litre plastic bucket with a flat-top indented cover (to provide a bee space) was used. Pin holes were punched in the covers, then the containers were filled with sugar syrup (sugar 1 : water 1) and inverted over the frames. The sugar syrup was prepared by heating 10 cups of clean water to about 80°C and then dissolving in this 10 cups of granulated sugar. The syrup was allowed to cool to 25-30°C and then fed to the bees. The sugar syrup is sucked by the bees through the pin-holes.

The exchanged frames in each of the hives were observed for queen cells, queen emergence, empty queen cells and absconding tendency 13, 14, 15 and 16 days after exchange and subsequently.

The observation on the 13th day after exchange showed no sign of queen emergence or absconding in four of the hives. This may be due to the fact that the reared queens were still immature. Honeybees in Europe and America have queen emergence periods of about 16 days after the eggs were laid. Only the colony in the 5th hive absconded. This relatively low rate of absconding could be due to the feeding with sugar syrup.

Between the 14th and 15th day after exchange, it was observed that empty queen cells were present on the exchanged frames in hives of the four remaining colonies. That was evidence that queens emerged between the 14th and 15th day after the exchange. Efforts were made to trap the newly emerged queens in each of the hives but there was no success probably because the colonies were large and these African bees are very sensitive to external disturbances. To this end, they may easily protect or hide their newly emerged queens whenever there is potential danger.

It can be reliably concluded from this study that natural queen rearing can be enhanced in African honeybees using the manipulative management feeding technique under Gambian conditions. A further conclusion is that the chance of absconding during natural queen rearing is much reduced when feed is provided.

We recommend that African beekeepers utilize the feeding technique to enhance natural queen rearing. There are many benefits to be derived. African farmers generally have low investment in their operations and this method needs very little expenditure.

Our method of queen rearing is worth trying as it requires simple basic knowledge, does not take much time, and the farmer does not have to depend on the supply of expensive artificially reared queens from distant places.