Look back in danger and dodge man-eating tigers 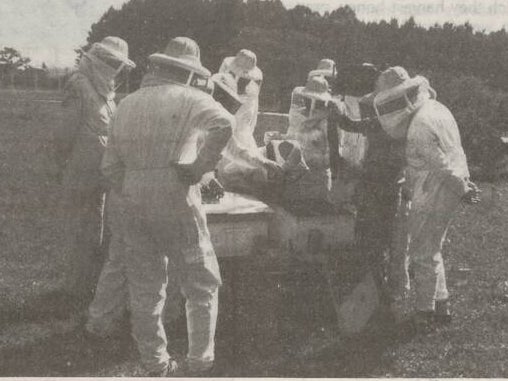 Heard the one about the fearsome Bengal tigers who only attack men from behind?

Well, workers at the tiger reserves have, and it explains why most of them now walk around with rubber face masks tied to the backs of their heads.

And, according to wildlife expert Peter Jackson, this is saving their lives. Since the theory was first put to the test two years ago, nobody wearing a face mask has been attacked and killed by Sundarbans tigers in West Bengal.

Two-faced honey collectors and other workers can roam happily round the mangrove forests while the tigers remain timidly in the undergrowth.

But people who believe the masks provide no protection have not, alas, fared so well. Mr Jackson says that 30 unmasked workers were killed last year because they refused to heed the advice. “There is no doubt that these simple, cheap masks are saving people's lives in an area where tigers are renowned for being particularly aggressive’, he said.

Mr Jackson reported his findings to a species survival conference in Rome as an example of how humans and wildlife can live in peace with each other.