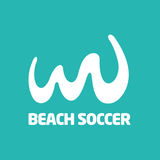 Beach Soccer Worldwide (BSWW) is recognized by FIFA as the major entity behind the creation and growth of Beach Soccer. The company has its roots in 1992, with the organization of the first World Championship, held in Copacabana (Rio de Janeiro). In 2005, beach soccer became part of the FIFA family, and as a union between FIFA and BSWW, FIFA Beach Soccer SL was born, being Today, Barcelona-based BSWW is responsible for the organization of all other major international beach soccer events