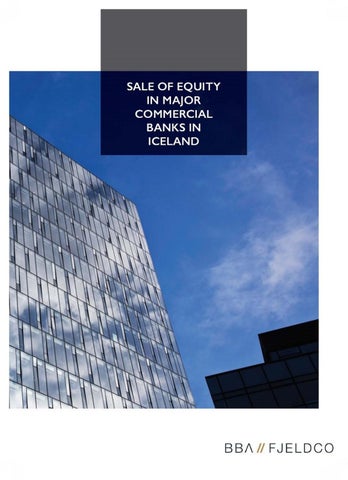 •• The banking crisis and the subsequent composition arrangement of the old banks has greatly affected the shareholder structure of the three largest Icelandic banks (new banks), being currently as follows;

•• The Iceland State Financial Investments (“ISFI”) was established by the Icelandic government to act as shareholder in the banks on behalf of the Treasury.

Applicable EU/EEA Legislation •• Iceland is a member of the EEA and has for the most part adopted EU regulations in the field of banking and financial markets. •• Due to EEA limitations certain EU Regulations falling under the authority of ESMA have not been implemented yet. •• The EEA limitations have precluded the possibility of delegating authority to pan-European authorities, such as ESMA. •• The EEA/EFTA countries have been working on establishing an equivalent institution. •• Following is a summary of European directives and regulations that have recently been implemented or have yet to be implemented and which apply to all of the banks.

•• The three largest Icelandic banks provide a wide range of services such as: ••

•• Investment fund operations •• Wealth management / private banking •• The banks have a relatively equal split of market share in retail banking (around 30% each). •• Market share in other operating fields varies. •• The balance sheets of the banks are similar in size. •• Landsbankinn has the largest, around 1,118 billion ISK. •• Íslandsbanki has the smallest, around 1,045 billion ISK.

••As part of the measures for liberating the capital controls Kaupthing will issue a promissory note in the amount of approximately ISK 84 billion (subject to max ISK 5 billion reduction). ••Two fixed repayment dates on the second and third anniversary. •• 39.5 – 42 billion ISK on each date. •• Kaupthing will need to liquidate or transfer assets (may include the equity of Arion banki in part or totally) to meet the repayments. •• Should Kaupthing divest its ownership in Arion banki, the following part of the proceeds will be paid to the Icelandic state:

•• As part of the measures for liberating the capital controls Glitnir delivered its 95% stake in Íslandsbanki to the state. The state now holds 100% of the equity in Íslandsbanki. •• The Minister of Finance has made several statements on the disposal, stating on one hand that the ownership is not intended to be long term but on the other hand that disposal will not occur quickly. •• Timeframe of disposal uncertain.

Debt issued and other borrowings

SALE OF EQUITY IN MAJOR COMMERCIAL BANKS IN ICELAND 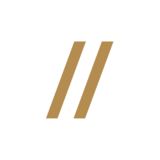