ON AND OFF CAMPUS PROFILE: BEATRICE AJAERO ’12 MBA ’17 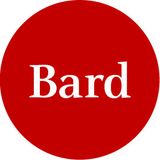 The menu at Nneji, which opened last summer in Queens, New York, perfectly illustrates the spirit of curiosity and deep commitment that Beatrice Ajaero ’12 MBA ’17 brings to everything she does. Nneji features yassa, a spicy West African soup dish, varied tomato-based jollof rice dishes, South African jerky, and other meats, sweets, and West African products. The restaurant represents a stew of its own: in a way it is the intersection of human rights, international law, Nigerian history, and Ajaero’s devotion to food culture, which was in part sparked in college. “One experience at Bard that really impressed me and made me proud was the movement to incorporate more locally grown and produced food into our meal options, and at the same time perhaps democratizing our meal-swipe system,” says Ajaero. “The conversations around food and diet that I heard at Bard—these connections—would come back to me again in my work [in law school] representing families and agencies around children, learning, the brain, diversity, and food. I was able to look more closely and to bring these ideas [of access and sustainability] into Nneji.”

Growing up on Roosevelt Island, a narrow strip of land in the East River between Manhattan and Queens, which used to house an insane asylum and a smallpox hospital, Ajaero developed an interest in the history and culture of Nigeria, a place to which she has strong family ties. When it came time to look at colleges, Bard didn’t come on to her radar until late in her application process. But accounts from her mother— a high school teacher—of great Bardian colleagues, musical and community ties to Bard, and the College’s academic rigor led Ajaero to consider Bard seriously. “At the time the Achebe family was at Bard,” she says, “so as a Nigerian, and as an Igbo particularly, that was important.” (Chinua Achebe, one of Africa’s most important and influential writers, taught literature at Bard from 1990 to 2011; his wife, Christie Chinwe Achebe, was a professor of psychology.)

Ajaero would end up spending a lot of her time at Bard in Preston Hall. “Preston was where we used to screen movies,” says Ajaero. “It was also where Christie Achebe’s office was, and it was where I had L&T, so it was the first place I knew really well on campus without getting lost.” She also had a fondness “for the quiet space of Hegeman,” she continues. “It was shared with the science building, so that brings its own energy—who you cross paths with in the hallways—and I think that always impacts what a building holds for you. I think every building on campus has its own spirit.”

Ajaero also spent a lot of time at the Achebe Center, which was established in 2005 to further global Africana arts. In addition to being a center of excellence for the teaching of African literature and supporting a new generation of African writers, Bard undergraduates were able to participate in projects and events. “I had a chance to help with Africa Week, which brings a lot of artists and writers to Annandale for campus-wide programming,” says Ajaero. “That was a very special part of my time at Bard.”

Ajaero’s varied interests can also be seen in her academic work. Though her primary focus was human rights, she was influenced by other professors in anthropology and religion, particularly John Ryle, Legrand Ramsey Professor of Anthropology and cofounder of the Rift Valley Institute, and Bruce Chilton ’71, Bernard Iddings Bell Professor of Philosophy and Religion. “I was fortunate to have mentors within the Human Rights Program,” Ajaero says. “Thomas Keenan, the director of the program, and Danielle Riou, associate director of the Human Rights Project, were very important for me, because I ended up doing research in Nigeria and in South Africa that they helped support with a grant from the Human Rights Project.” The Senior Project that came out of that research explores the Biafran War—the Nigerian Civil War that went on from 1967 to 1970— from a perspective that balances the academic with the personal and with a lean toward anthropology. Before returning to the Bard network for an MBA in Sustainability in New York City, Ajaero—who says she was fascinated with legal writing and contracts and how they determine who gets access to certain products, especially as this relates to food—enrolled at the University of Buffalo School of Law. “The role of multinational corporations in how a certain supplement or a certain grain is made accessible meant, for me, that contracts and The role of multinational transactions were very critical,” she says. “It was really the skill set corporations in how a certain of the legal education that I was after more than anything else.” supplement or a certain grain is After earning her law degree, made accessible meant that Ajaero opened a food and gift stall on her childhood turf of Roosevelt contracts and transactions were critical. It was the skill set Island. As she told the New York Times last June, she had “always wanted to share the tastes of her of the legal education that I childhood.” While working toward her MBA, and in response to the was after. overwhelmingly positive feedback from customers at the Roosevelt Island market who beseeched her to make more Nigerian food and goods available, Ajaero designed the sustainability-oriented business plan for Nneji. Opening a restaurant during a pandemic may seem at the very least anachronistic, but for Ajaero—who always follows her heart, looks for ways to nurture her community, and seeks connections, even in the unlikeliest places—it fits perfectly. 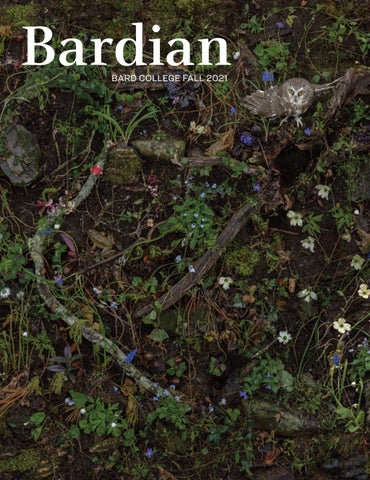