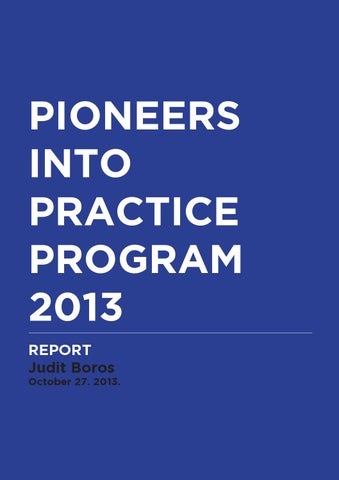 1. INTRO PiP placement @ Edible Eastside, Birmingham, UK 19th September - 16th October I spent one month working for Edible Eastside, which is a very special vibrant and contemporary urban garden located on a derelict brownfield site. The garden covers a quarter of an acre of canal-side land, a former gas filling station, which has been converted into a ‘pop-up’ edible park using temporary containers and raised beds. Edible Eastside operates in the intersection of Urban Cultivation and Contemporary Arts, using Arts as a way of communication for urban sustainability issues. Their aim is to integrate food systems into people’s thinking about urban environments and explore a new aesthetic for productive landscapes. The garden offers plots for the local residents to rent, gardeners services, cookery courses and supplies vegetables and other fresh produce for the Kitchen School (it’s sister project). They have a vision of a sustainable city, where growing food and making art brings people together.

Edible Eastside is basically a learning centre for sustainable urbanism, where their volunteers and students come to learn about growing food in cities. As Edible Eastside is a small organisation, and hosted two Pioneers, my placement was quite unique in the sense that we could tailor it to my host’s and my own individual interests, while cooperating with my Pioneer partner , Ute Friedrich. The goal of the placement was fourfold; 1. Urban farming 2. Art events 3. Evaluative research 4. Unifying design concept for Edible Eastside and Kitchen School

View from the Library of Birmingham

Food in the City How can we feed urban populations in the face of climate change and resource depletion and build an alternative food system that is sustainable and resilient? This correlates with the vider vision of what a sustainable, resilient food system might look like, aiming to reduce the amount of oil and fossil fuels it takes to feed us. Climate changes throughout the world caused by normal cyclic patterns, unusual natural events as well as human impact that directly affect food production can be mitigated by adopting alternative growing methods. In terms of a resilient food system, it starts with the urban areas in which most of us live and moves outwards applying a kind of food subsidiarity. Raising what we can as close as we can, based on human-scale, organic, mixed farms located in and around urban areas which are directly connected to the urban communities they feed and which enable those communities to source increasing amounts of food from close to where they live.

2. URBAN FARMING The first goal was to use the learning opportunity that the farm could offer, by integration into the daily running of Edible Eastside, by supporting the development of the garden, provide help and assistance with the gardening work and related activities. Activity: - Regular gardening work, tidying the garden, weeding, harvesting, watering. - Discourses, changing ideas and opinions about the notion of the “urban farmer” with regards to define a new skill-set and a new career development. - Common discussions about the urban farm as an urban space (roles, public relations, aesthetics, confrontations, narratives etc.) - Gaining knowledge about the challenges that the site faces, regarding the possible future gentrification of the area, the changing interests of the landlords and the modification of the microenvironment). Results: “Map of Urban Farm businesses” synthesizing our impressions and findings, that later-on also added up to the Evaluative research part of the placement.

3. ART EVENTS Another goal was to work towards a high profile art event, centred around our relationships with food. It was a significant cultural event in early October which brought international audiences to the garden. I was given a brief to lead on the marketing, planning and of the event to ensure that the key messages of sustainable diets, ecological and ethical urbanism are embedded in the event. This part of the placement focussed on the further development of my understanding of sustainability and environmentalism, through new ideas and to develop skills in organisation and marking (specifically to do with environmentalism). Activity: - Preparations for Edible Eastside’s yearclosing event, called the “Blood Moon Feast”, as part of Birmingham’s international live art festival, the Fierce Festival. During the Feast, together with my Pioneer partner we provided help and support for the chefs, two radical food designers from London, called Blanch &amp; Shock. - Visit of the “A3 Project Space art gallery”, partner organisation of Edible Eastside - Preparations for the “Digbeth Speaks event”, where Edible Eastside was also presented

Feast at the Farm. Performance collective Wolf In The Winter created an intervention inspired by Bruegel’s ‘Blind leading the Blind’, a painting of six ragged figures stumbling across a rural landscape.

Blach &amp; Shock in action; they cooked for more than 150 person and (almost) all the materials were sourced from Edidble Eastsideâ&amp;#x20AC;&amp;#x2122;s harvest.

Herb-infused cocktails invented by us, specifically for the Feast; we used bergamot, lavender and various edible flowers.

Digbeth and Arts Edible Eastside is located in Digbeth, the arts community of Birmingham. As part of the Big City Plan, Digbeth is undergoing a large redevelopment scheme that will regenerate the old industrial buildings into apartments, retail premises, offices and arts facilities. There is still however much industrial activity in the south of the area. Culture Digbeth is currently dominated by old industrial buildings and the blue-brick Victorian railway viaduct. Digbeth is also home to Birmingham Coach Station which is operated by National Express, Britainâ&amp;#x20AC;&amp;#x2122;s largest express coach network. New developments include the Irish Quarter, the Arts and Media Annexe of South Birmingham College and the Custard Factory, a development designed to represent modern arts and music.

The area is also associated with the development of the British electronic music scene. Ikon Eastside, a branch of the Ikon Gallery is based in Digbeth. Eastside Projects is an artist-run space that opened in 2008, and is situated on Heath Mill Lane, Digbeth. Irish Quarter Digbeth has very close links with the Irish community of Birmingham. It is increasingly also known as the Irish Quarter.

4. EVALUATIVE RESEARCH The basic business model for Edible Eastside is to develop a mixed funding project consisting of grants and income from using the site. The themes they use to attract funding are environmental education, climate change mitigation, area regeneration, arts development and community cohesion. The third goal was to undertake some evaluation of Edible Eastsideâ&amp;#x20AC;&amp;#x2122;s operation mainly by looking at other peer projects locally and nationally to inform their work. The evaluation had to include desktop research of current models of food growing projects and site-visits to other projects, particularly in London and other outstanding national projects (in Manchester) to see how they do it. Activity: - Desktop research for the analysis of the urban farming market, analysis of the location, identification of the competencies and skills of EEâ&amp;#x20AC;&amp;#x2122;s people - Interview with the gardeners of Edible Eastside - Interview with the stakeholders of Edible Eastside - Planning for a workshop involving the stakeholders of the farm about future scenarios

- Meeting with industry leaders: - Oscar Rodriguez, director of Architecture and Food - Vincent Walsh, Executive Director of the Biospheric Project - Benjamin van Ooij, Program Manager of the Biospheric Project - Site-visits to other similar projects: - Biospheric Project, Manchester - Martineau Gardens, Birmingham - Aquaponic garden meet-up, Birmingham - Mudchute Garden, London - Skip Garden, London - Borough Garden, London Results: - Summary of the research and interviews presented in a Report (this part was done by my Pioneer Partner, Ute Friedrich) - The most important outcome was the finding that the Farm needs to change focus and shift from being a community farm into a market farm, otherwise it will not sustain itself on the long run. - Making new connections for collaboration (following the meetings with industry leaders)

The Biospheric Project - Urban farm, laboratory, research centre The Biospheric Team, lead by Vincent Wals experimens with sustainable food systems in a disused mill in the centre of Salford, on the banks of the river Irwell. They transformed a derelict industrial site to a thriving agricultural space, with innovative growing systems all around the building. This is part farm, part laboratory and part research centre, all embedded in the heart of an existing community. The projects is underpinned by Vincent Walsh&#39;s research based at the Biospheric Foundation in association with a range of organisations including MIRIAD at Manchester Metropolitan University and Queen’s University, Belfast. Supported by the Esmée Fairbairn Foundation and players of People’s Postcode Lottery. Salford One of the main problems for the community in this region is food acquisition. Vincent initiated the idea of setting up a food-based enterprise after consulting with the Salford community about the major issues they face, for his PhD at Manchester Metropolitan University.

The Biospheric Project has a multipronged approach, aiming to meld research and food production together from the outset, and hoping to build up research-informed productivity over ten years. I For now, it relies on micro-systems like growing mushrooms and aquaponics for economic output. These will be monitored and scaled up as the Project team discovers, for example, how feasible and productive it is to install a green wall in Northern England, or what the optimal growing conditions are for Oyster mushrooms in their building. In another part of the project, the team develops and researches agro-forestry, a complex 3-dimensional agricultural system that produces food at various “levels” between the ground and tree canopy. Vincent is interested in examining how such a multilayered system compares to more standard high-yield monoculture farming practices currently employed in much of the world. His team will assess the methods in terms not only of yield, but also other measures of how the urban farming system impacts on community wellbeing and sustainability. The project’s produce will be sold along with other locally sourced foodstuffs in the shop, “78 Steps”.

5. UNIFYING DESIGN CONCEPT Edible Eastside and is also opening a sister project, a cookery school called Kitchen School. By combining Edible Eastside with the school, together they will bring a new and innovative food experience to Birmingham. It will host regular demonstration events from renowned chefs where the public are invited to the chef’s table and experience a more experiential dining. The two sites would deliver different services, for this reason need a unifying design concept, a visual identity, transferring a ‘seed to plate’ learning experience for all those coming to the company.

Activity: - Design session with Jayne Bradley and Bob Ghosh - Site-visit of the estate - 3D and 2D visualizations Results: A product design proposal connecting the two sites conceptually and spatially, in the form of a multifunctional space-divider that acts as a modular storage unit, a vegetable display and a vegetable grower at the same time. The design reflects the core messages of the Kitchen School, being ethical, innovative, sustainable and biodynamic.

6. GREEN in the CITY

Report about the Pioneers into Practice Programme 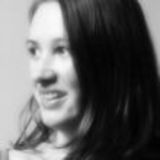