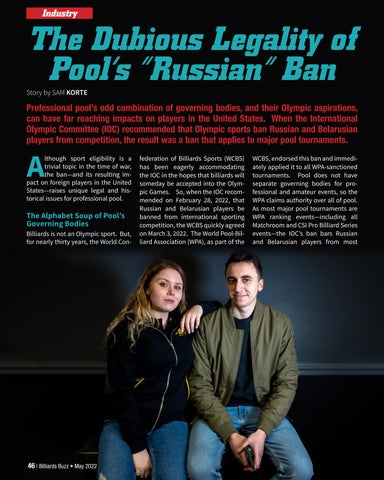 Professional pool’s odd combination of governing bodies, and their Olympic aspirations, can have far reaching impacts on players in the United States. When the International Olympic Committee (IOC) recommended that Olympic sports ban Russian and Belarusian players from competition, the result was a ban that applies to major pool tournaments.

lthough sport eligibility is a trivial topic in the time of war, the ban—and its resulting impact on foreign players in the United States—raises unique legal and historical issues for professional pool.

The Alphabet Soup of Pool’s Governing Bodies Billiards is not an Olympic sport. But, for nearly thirty years, the World Con-

federation of Billiards Sports (WCBS) has been eagerly accommodating the IOC in the hopes that billiards will someday be accepted into the Olympic Games. So, when the IOC recommended on February 28, 2022, that Russian and Belarusian players be banned from international sporting competition, the WCBS quickly agreed on March 3, 2022. The World Pool-Billiard Association (WPA), as part of the

WCBS, endorsed this ban and immediately applied it to all WPA-sanctioned tournaments. Pool does not have separate governing bodies for professional and amateur events, so the WPA claims authority over all of pool. As most major pool tournaments are WPA ranking events—including all Matchroom and CSI Pro Billiard Series events—the IOC’s ban bars Russian and Belarusian players from most 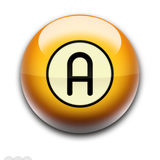 Articles from Billiards Buzz - May 2022 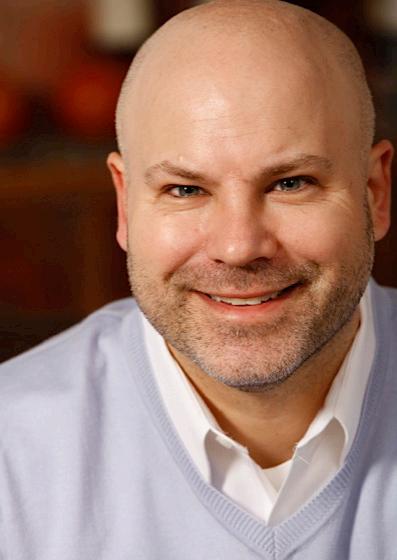 Using Data To Improve Your Game 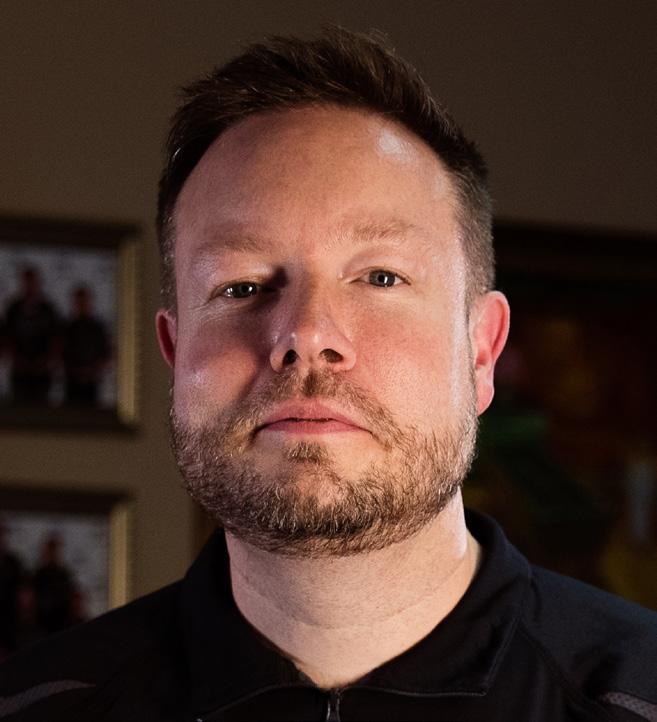 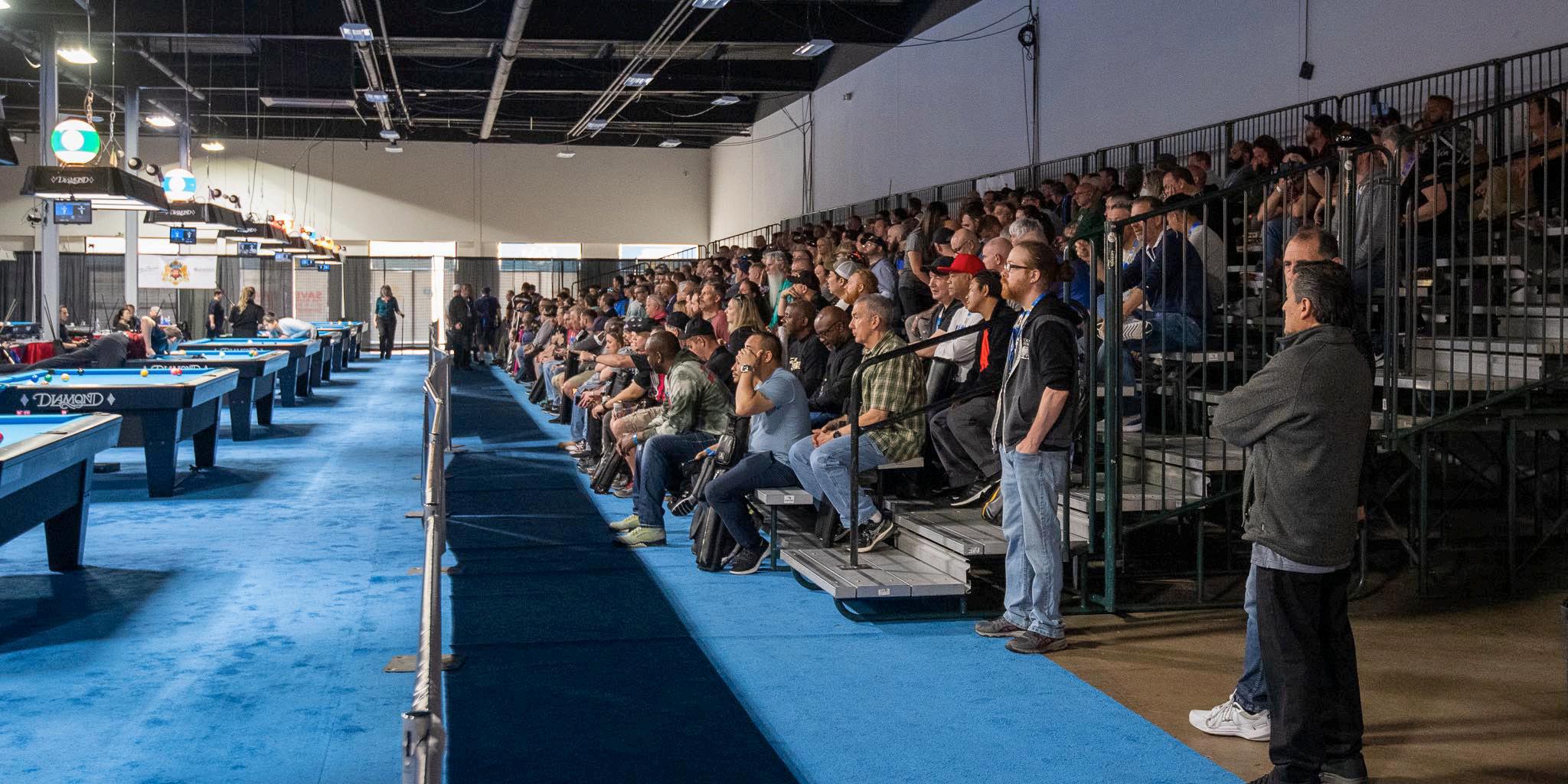 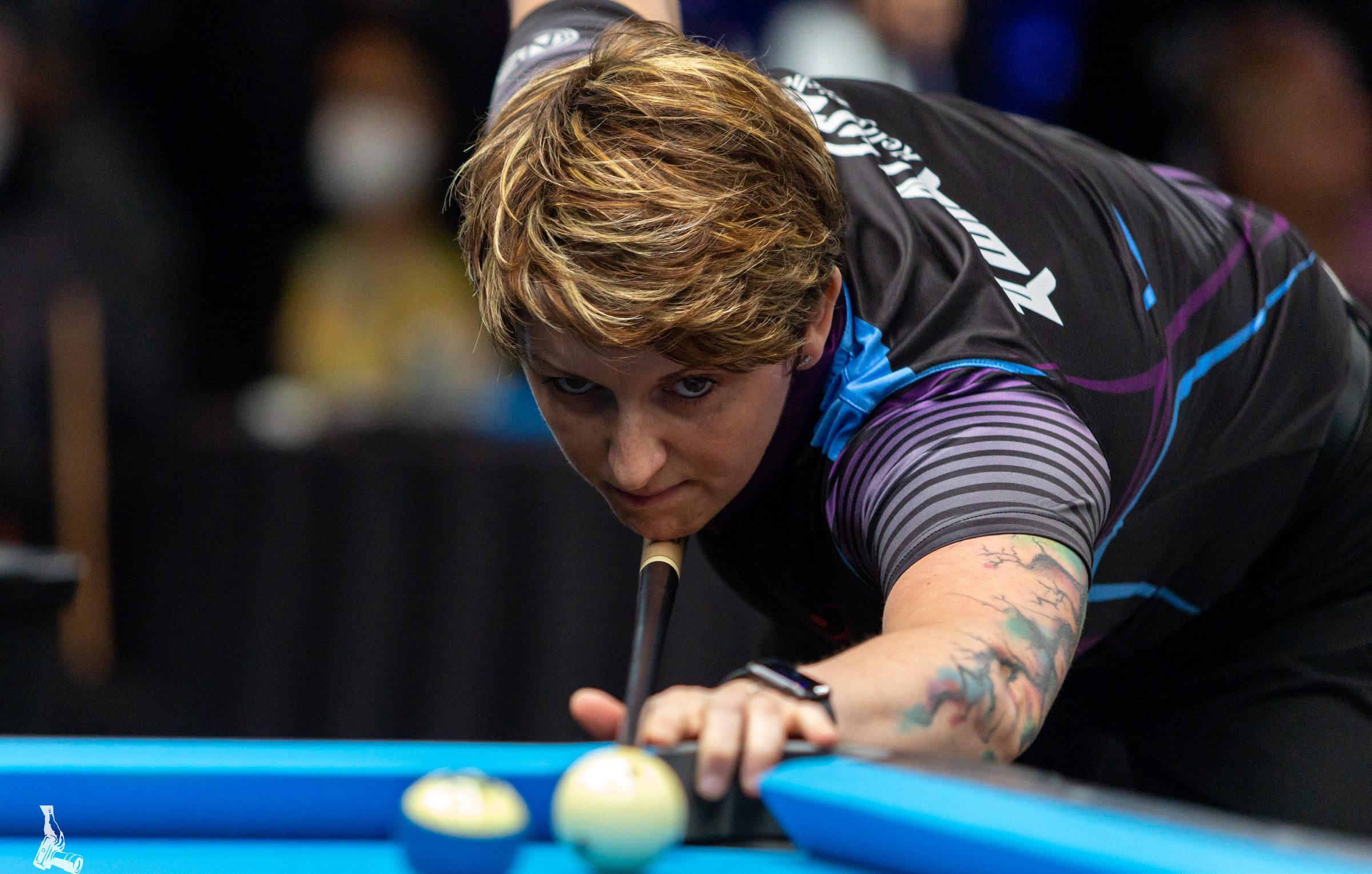 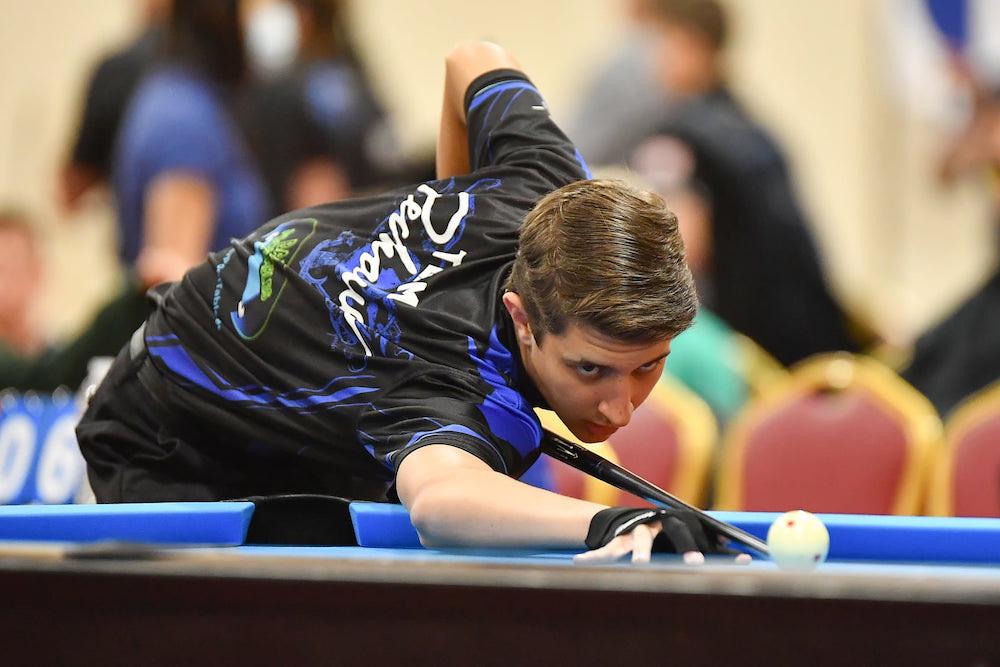 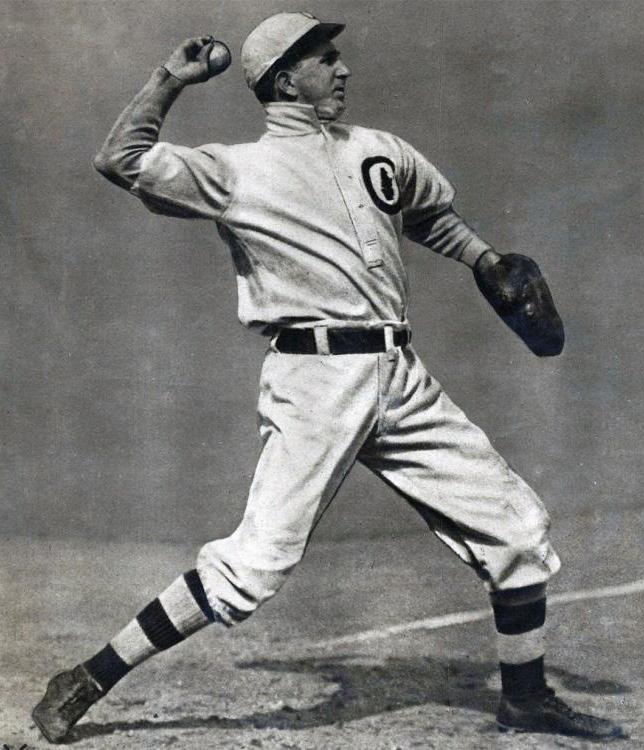 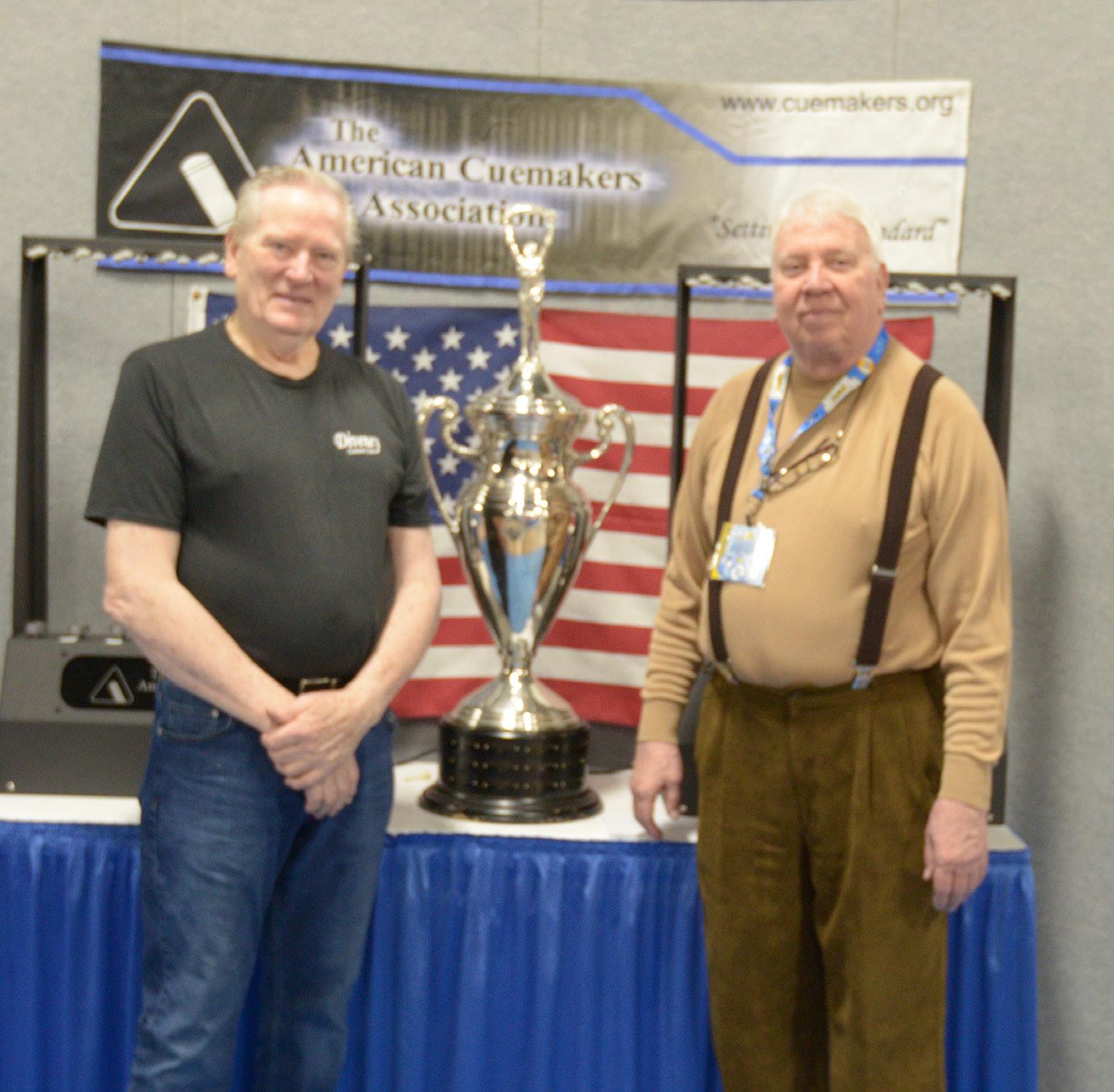 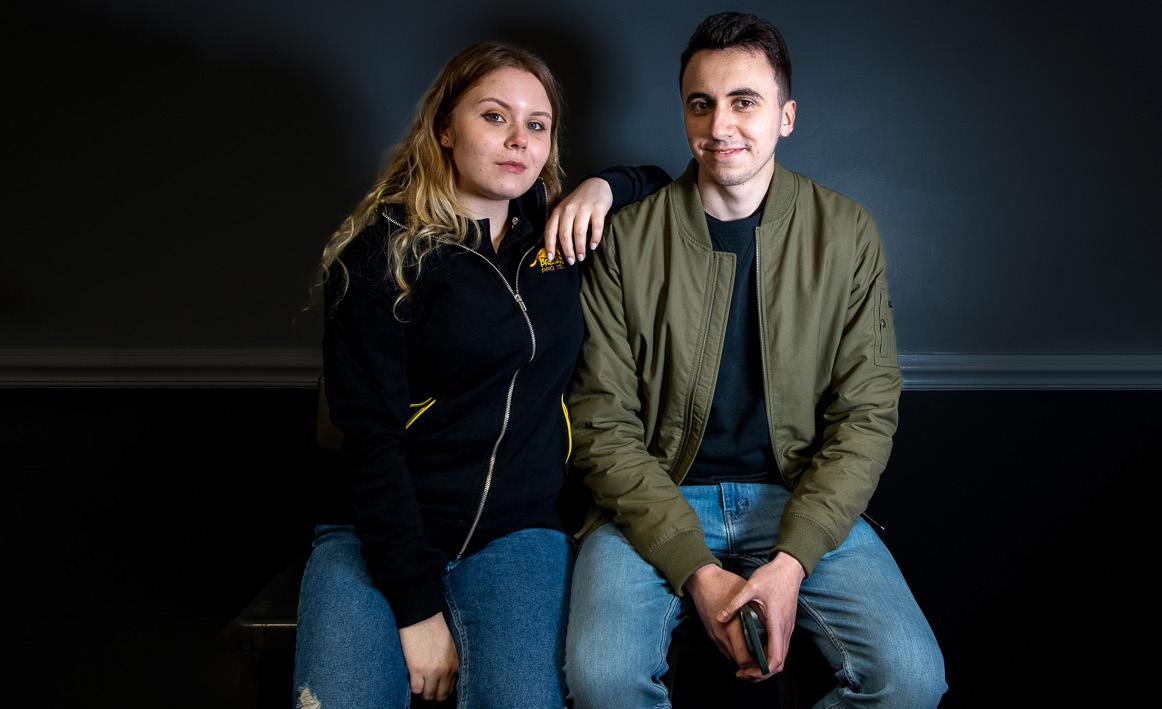 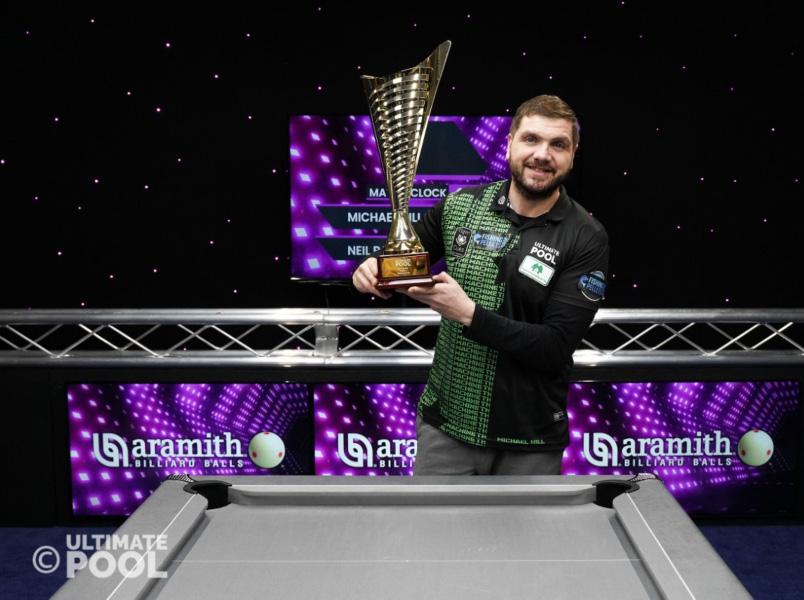 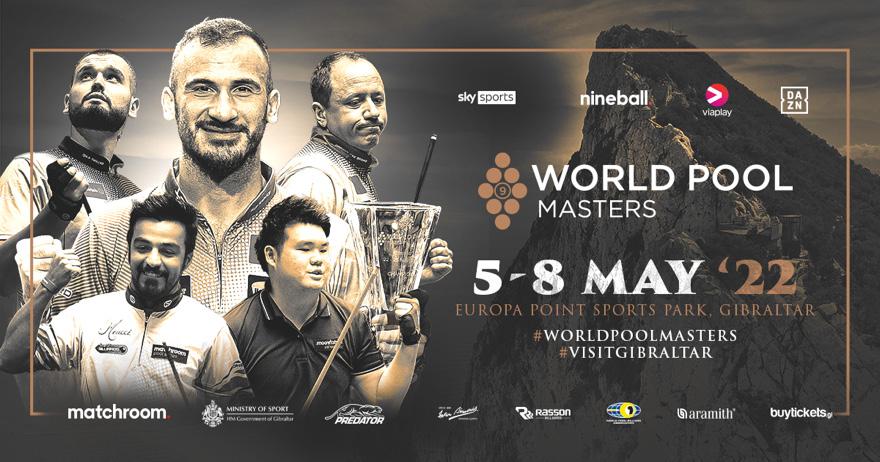 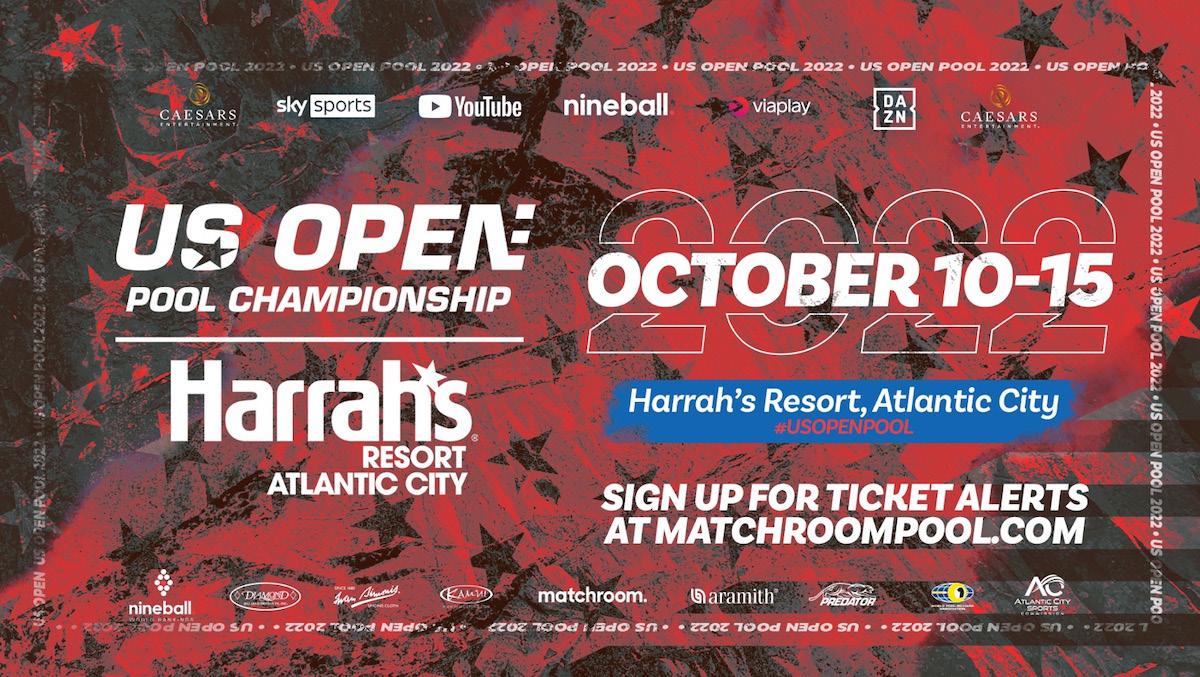 US Open Signs Deal With Harrahs 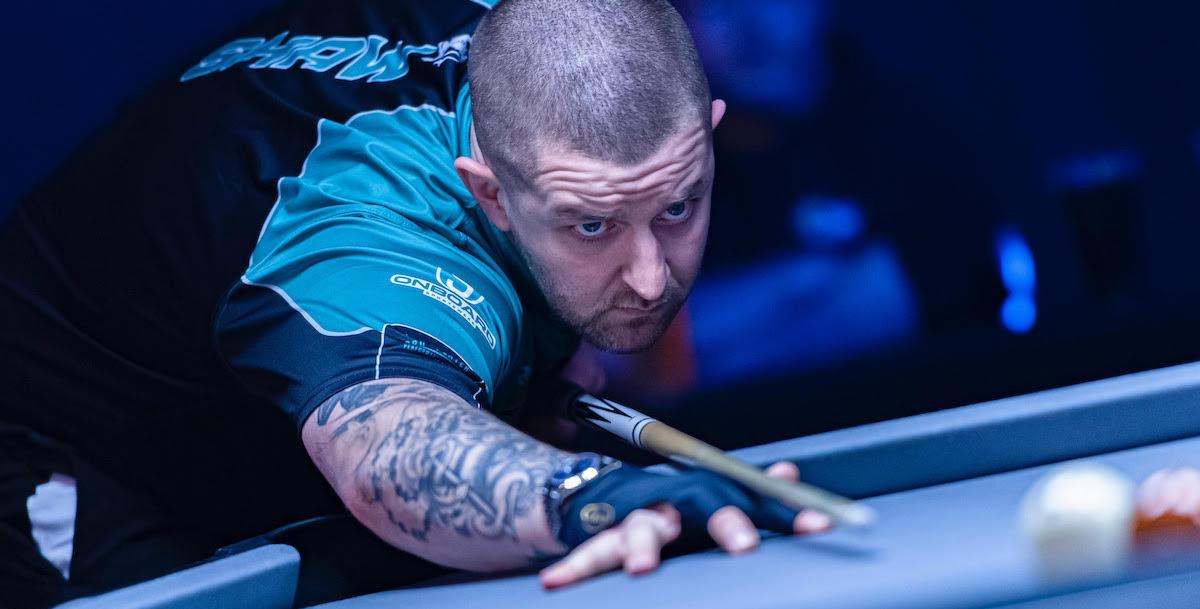